I’m a 5’2”, 95 pound, quiet Asian girl with glasses and braces. I also have social phobia, agoraphobia, and a love for brutal, disgusting, ear-bleeding music. Hardcore, grindcore, sludge, doom, noise, I listen to it all, and I’m that one lone weirdo you can find sticking out in a crowd of tall beefy white dudes.

I’ve always been a bit of a loner, no matter who I’m with or where I am. I was diagnosed with social anxiety disorder, which is an intense fear, and usually avoidance, of social situations from feelings of “being closely watched, judged, and criticized by others.” I’ve had symptoms since I was three-years-old. 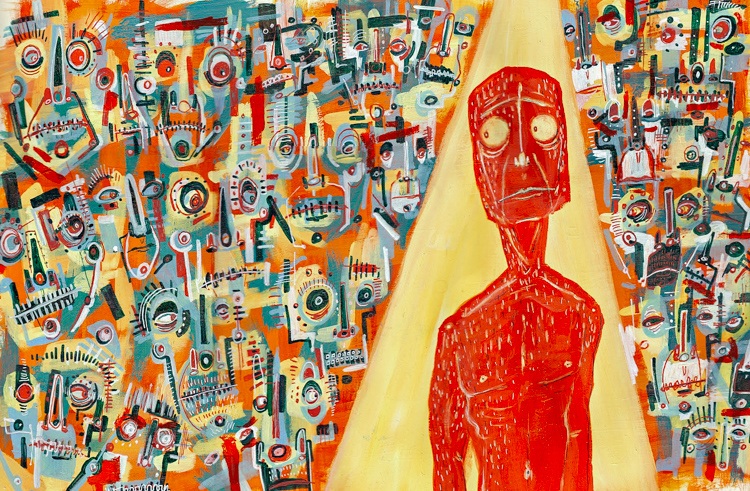 Agoraphobia is the fear and/or avoidance of places where you’ll feel “trapped, helpless or embarrassed” in either open or enclosed spaces. There’s a song by Jill Bryson of ’80s cult band Strawberry Switchblade who once wrote about the medical condition, “I hate the trees/And I hate the flowers/And I hate the buildings/And the way they tower over me.” For me though, it’s less about nature and cement architecture and more about people.

For the longest time, I would avoid doing what I wanted to do because of my anxieties. I feared being in places where crowds gathered and people could watch me. I wouldn’t leave my home because I thought strangers would talk about and laugh at me. I couldn’t enter a supermarket and buy something because I was afraid I would mess up the transaction. I would choose to walk long distances instead of taking public transit because I felt that inside the cramped vehicles, everyone was staring at me.

I don’t know if I got over it. I don’t think I ever will. The feelings are always there. But somehow I learned to cope and I decided that sometimes, my desires come ahead of my fear.

The truth of the matter is: no one gives a shit who you are at a show. All they know is that you’re there, you like the music, and you’re just another fan. If it’s a big concert, it’s highly likely you will never see those people again. If it’s a smaller, general admission show, like the ones I usually attend, just politely say hi to that one guy who’s approached you three times before at previous gigs and continue with your own business. 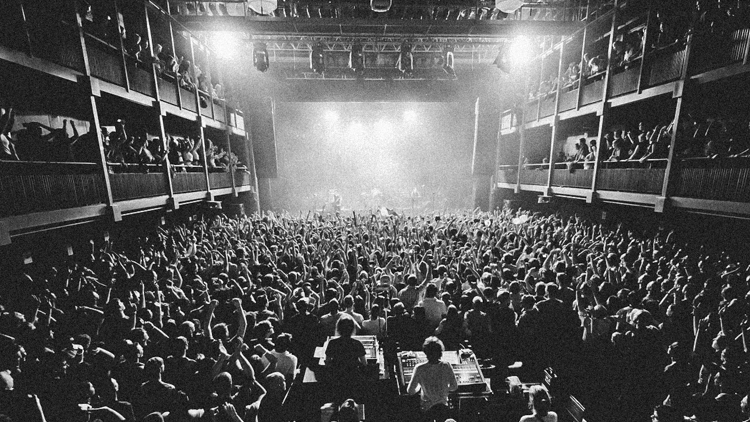 One way of dealing with phobias is exposure. Using coping techniques of breathing and meditation, one places themselves in the uncomfortable situation (crowds, in my case), and waits for their anxiety to peak to enter into a more relaxed state. Through consistent exposure, the anxiety lessens as the person realizes, “hey, I’m getting used to this.”

I have to admit that it’s always nerve-wracking to place yourself in a situation you don’t want to be in. Before I would get into lines, I would take alcohol so that I felt less embarrassed standing by myself. With social anxiety, you think that all eyes are on you, and this belief is confirmed whenever someone glances at you and thus acknowledges your presence.

It’s especially weird feeling out of place at an event that does not typically cater to your demographic. Metal is a genre that’s known for being a sausagefest, as well as a genre for mostly white people. Even in a city as diverse as Toronto, I will always stick out because I don’t fit into either of these categories. When I resold an Electric Wizard ticket to a guy on Kijiji, I told him I was standing near the gas station, in a green jacket. He literally went right beside me, the only lone person in the gas station, and dialed my number because he didn’t expect someone who looks like me to be selling him admission into arguably the quintessential doom metal band’s first show in decades. 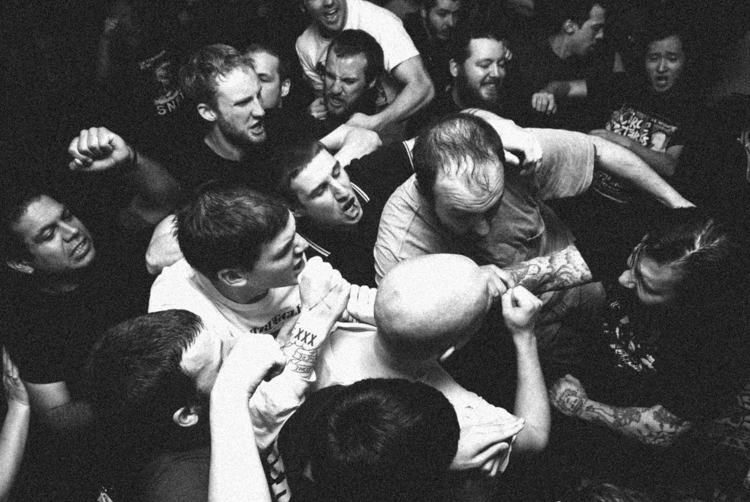 It’s a stereotype that punks and metalheads are the kindest, most accepting people, but I still feel uncomfortable when I come up to a show alone. That’s quickly forgotten when the band starts playing, but the awkwardness of flying solo during intermissions is forever present. However, I’m always working on attending more and more so that I don’t panic in crowds and don’t let my fears dictate my life.