Music festival culture and the rebirth of the hippie generation

Among a field of colourful, bohemian-style umbrellas, hundreds of people are gathered idly around the Bollywood Stage – where DJ Lee Foss sits on a throne surrounded by giant pillars, pink elephants and the hypnotic shapes created by a crew of dancers. Every so often fire erupts like a volcano from the sides of the stage and into the sky. As night pulls a shade of black across the crowd, the stage lights up and a dazzling display of pyrotechnics pulls the audience into a trance. Everyone dances erratically and brazenly. There isn’t a still body in the crowd. 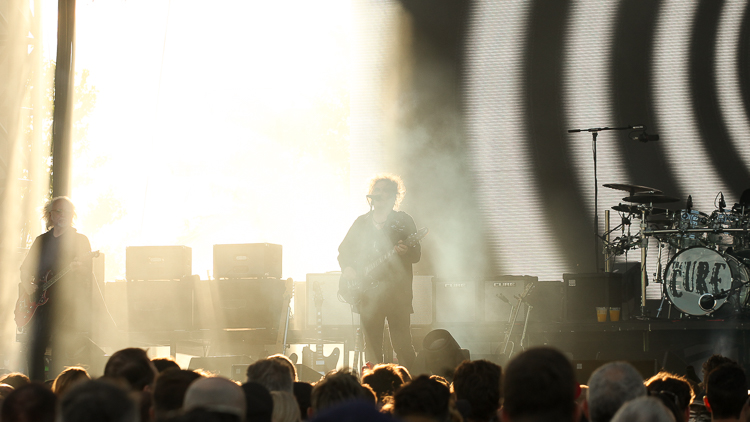 All of this happens in only a small corner of the Bestival world. Bestival, an annual music festival in Toronto, is not defined by one singular idea. It is a harmonious blend of cultures and beliefs, where freedom of expression is honored everywhere you look. In fact, the very first thing you see when you walk through the gate – a tall purple and blue flag that boldly states: “Let your freak flag fly.” 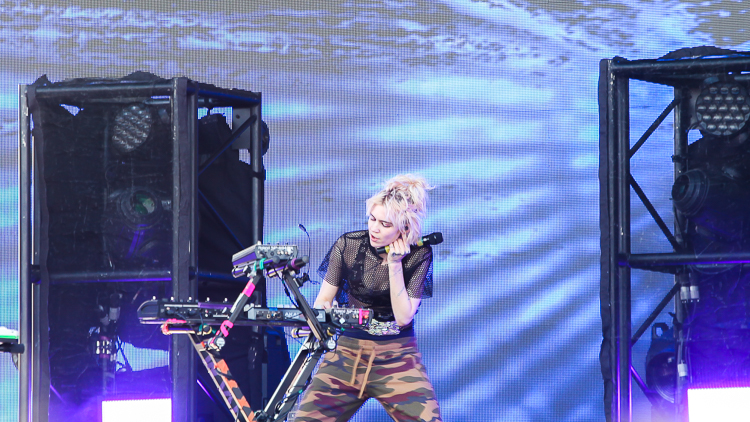 It’s the perfect testament to the hippie subculture that was formed around the music festival scene half a century ago. What began as a movement in the United States in the early 1960s eventually spread around the world, with people everywhere embracing the culture’s philosophies, which included, harmony with nature, communal living, artistic experimentation in music and the use of recreational drugs, particularly to achieve heightened awareness. Hippies became known for displaying their individuality – in other words, not being afraid to let their freak flag fly.

On January 14, 1967, 30,000 hippies gathered in Golden Gate Park in San Francisco for the Human Be-In. The event was the start to the city’s ‘Summer of Love’ (which coincidentally was the theme of Bestival this year), and focused on key elements of the hippie culture such as, personal empowerment, cultural and political decentralization and ecological awareness, in addition to the elements mentioned above.

Shortly after, the Monterey International Pop Music Festival, which took place in California, introduced America to Otis Redding, Janis Joplin and Jimi Hendrix, among others, and became an inspiration for future music festivals, including Woodstock. In the mid-1970s the hippie counter-culture began to die down; this coincided with the rise of punk rock and disco. But hippie culture never died out entirely, and today it seems to be experiencing a rebirth, largely influenced by modern music festivals. 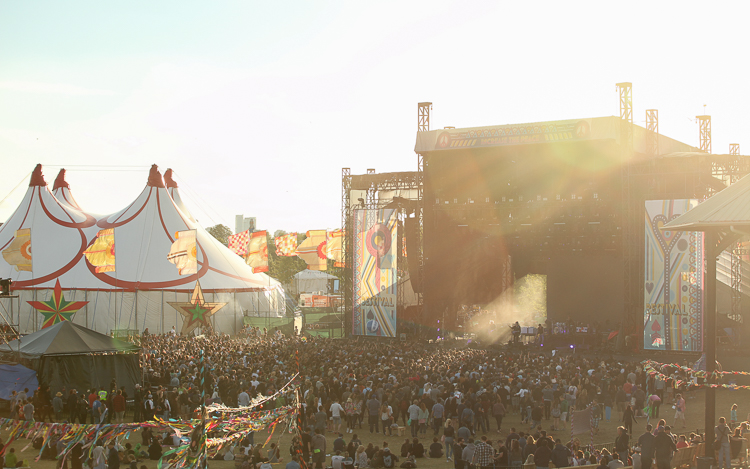 But it’s not just the musical talent that is driving people to these festivals – a large part is due to festival culture. Festival culture has blown up a lot in the past few years, so much so that in some ways it’s become a mockery of itself. People spend three days of the year, trading in their jeans and t-shirts for the “appropriate” festival attire, which often includes tie-dye fringe tops, ripped shorts and flower crowns – remnants of the hippie era, but without the ideals. However, a few smaller festivals have popped up that cater less to bohemian fashion, and more to the roots of the hippie movement.

The weekend of June 11, I attended Bestival, a two-day paradise spread across Woodbine Park, in the middle of Toronto. The juxtaposition of business suits and Bluetooth headsets with neon body paint and colourful sequins makes the experience even more surreal. Nestled inside the busy cityscape, it feels like another world.

Bestival is a creation so wildly colourful and imaginative, that not even Dr. Seuss himself could dream something like this up. Although a version of Seuss’s Electro-Who-Cardio-Floox – or the musical instrument bike in layman’s terms – definitely makes an appearance. 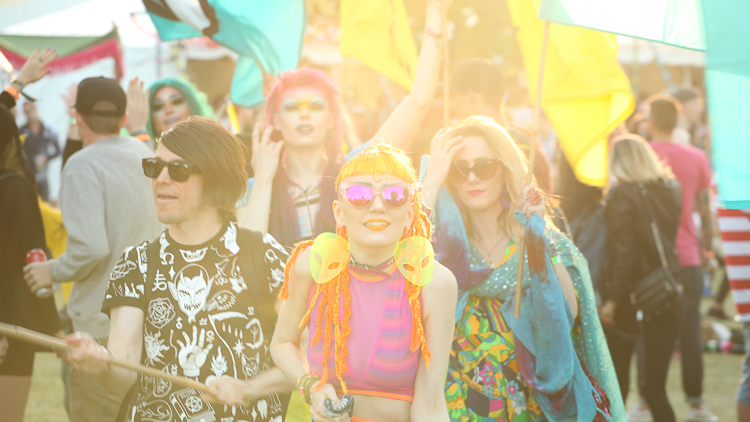 In addition to three different stages chock full of talent, the weekend was made up of events such as the vegetable Olympics, dress-up tent, sparkly tattoo parlour and for those really feeling the love, weddings in the inflatable church. While the music lineup itself ranged drastically in terms of style and genre – everything from Tame Impala’s psychedelic rock to Daughter’s mellow but powerful stage presence to the classic sounds of The Cure – the overall atmosphere of Bestival remained incredibly true to its roots. 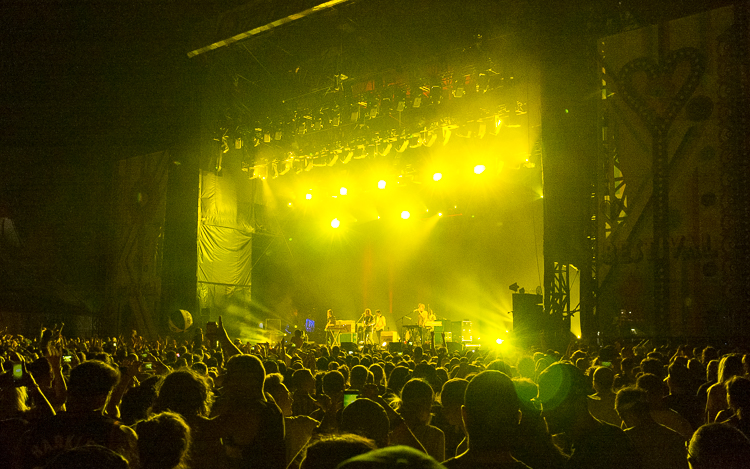 Whether or not you were there for the actual music, you left the festival feeling high on life (and perhaps a few other things), with nothing but love for the extravaganza that is Bestival, and all the warm fuzzy feelings that come with it. 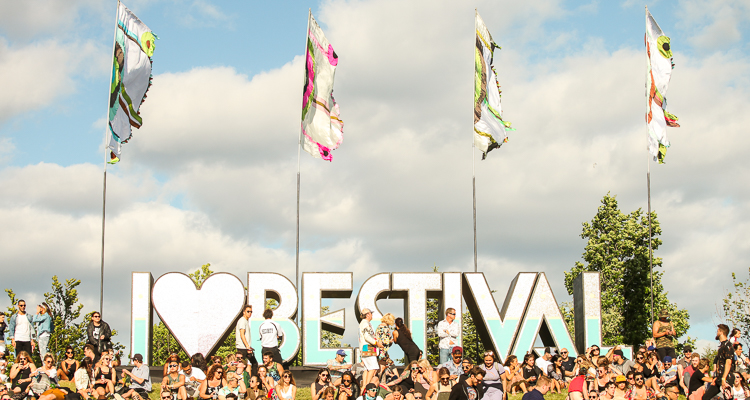