Some 1,500 members resigned from the Church of Latter-Day Saints in protest of a new rule that bans children of same-sex parents from joining the Mormon Church until they are 18.

The rule states that children of same-sex couples cannot join until they leave their parents’ home, and are willing to denounce same sex relationships. They must also receive approval from the church’s highest authority before they can be baptized.

The new rule also considers church members who are already in same-sex marriages apostates who are ordered to attend the church’s disciplinary hearings, which could lead to excommunication.

Some 1,500 members resigned from the Church of Latter-Day Saints in protest of a new rule that bans children of same-sex parents from joining the Mormon Church. 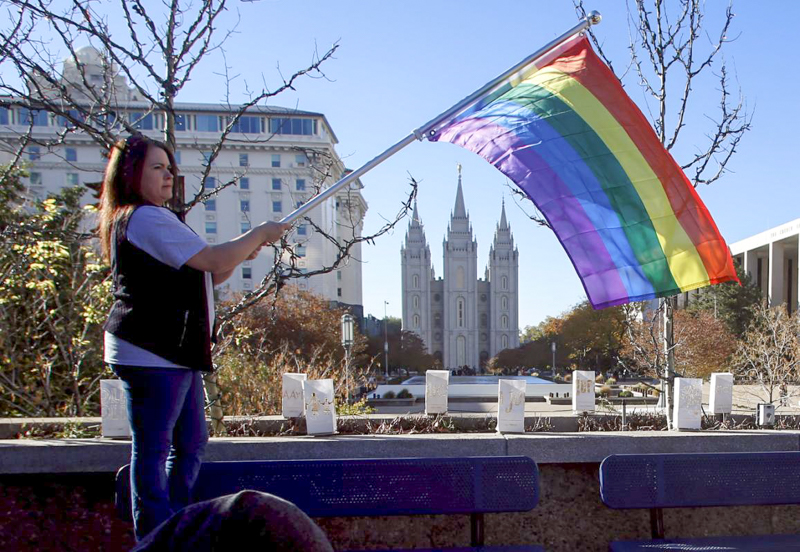 On Saturday, over one thousand people arrived outside of the church’s headquarters in Salt Lake City for the protest with signs that read “LDS: Love Doesn’t Separate” and “I’m Resigning Today Because Jesus Says Love Everyone.” Some members stood in a long line to hand in their resignation letters to a volunteering lawyer, who estimates that they talked to over 800 members. Ninety minutes into the protests, the box of letters to be mailed to church headquarters was “rapidly filling.”

A Church spokesman is quoted as saying “We don’t want to see anyone leave the Church, especially people who have been struggling with any aspect of their life.”

But members who made the decision to leave see the Church’s shift as “discriminatory and harmful to families.” “It is difficult for people to leave the Church,” Brooke Swallow, an organizer of the protest told Reuters. “It takes people a long time to make this decision. It is a well-thought-out one and it is not taken lightly,” she said.

It is unlikely though that the church, which has over 15 million followers, will change its stance.