Do you see girls piling on makeup, dying their hair blonde, and trying to look like Barbie? The serial killer-possessed Chucky? The Lolita doll fetish that’s widespread among YouTube makeup tutorial instructors? 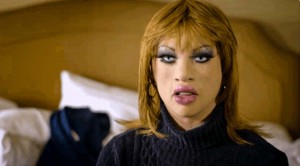 Living dolls are none of the above. The term refers to a sub-culture that consists largely of men who choose to dress up in latex masks and suits, put on wigs, women’s clothing, and makeup to look and act like dolls.

Before you dismiss them as weird, seedy, or creepy, like many have, consider that anyone you know—your father, brother, or best friend—could actually be a living doll, also known as female maskers, in their free time.

“It’s really not about sex, or at least, for most of us, there isn’t a sexual component,” masker James Stanten explains. “I dress as a doll, but I don’t want to be a woman. It’s about freedom of expression.”

Some strive to become their own fantasy “woman” and have a love for the smooth, calm, silicone feel of dolls. Others, like Joel Adams, are simply fascinated by masking. “I’ve always liked masks in theatre, especially in ancient Greek history where they used them a lot,” Adams says. “This is just an extension of that interest.”

The extent of masking can vary widely. Adams simply uses a mask, hip and rear pads, a padded bra, a corset, and a flesh-coloured body stocking, while, for Stanten (a.k.a. Sherry), the transformation involves a fully custom-fitted mask and wig, along with a female body suit complete with breasts and vagina and a pouch to comfortably stow away the “family jewels.” Some spend a few hundred dollars to achieve their desired look; others spend tens of thousands.

In January, the U.K.’s Channel 4 produced a documentary called Secrets of the Living Dolls that brought the details of this niche underground culture into the spotlight. Opinions were, of course, varied. Depending on whom you might have asked, living dolls were the worst-ever strike against feminism, downright weird, or perhaps a brave form of expression.

Accordingly, most maskers fear persecution and ridicule and choose to keep their pastime secret, indulging in the privacy of their own homes and openly talking about it only with other maskers online. If they’re lucky enough, they may have the means to attend a yearly secret maskers’ convention.

An even smaller minority, including Adams, are fortunate enough to have found acceptance from their loved ones and are able to share their masking practice with the people closest to them. Adams’s girlfriend, Melissa, knows all about his masking; he frequently unleashes his alter ego, Viktoria, around the house. Her conclusion: “I’d much rather my boyfriend be dressed up as a doll than be into football.”