For most, travelling is a goal. We work, save and plan so for a couple of blissful weeks a year we can indulge in the adventure we crave. For some it’s relaxing on a beach in the Caribbean for a week, for others it’s hiking through treacherous conditions in a wintery wonderland. For Guirec Soudée, it’s a lifestyle, not a goal, and it’s sailing solo on a sailboat around the world.

“When you’re young, people ask you, ‘what do you want to do?’ But before knowing what I want to do, I want to know where I’d like to be,” Soudée said in a Great Big Story documentary. 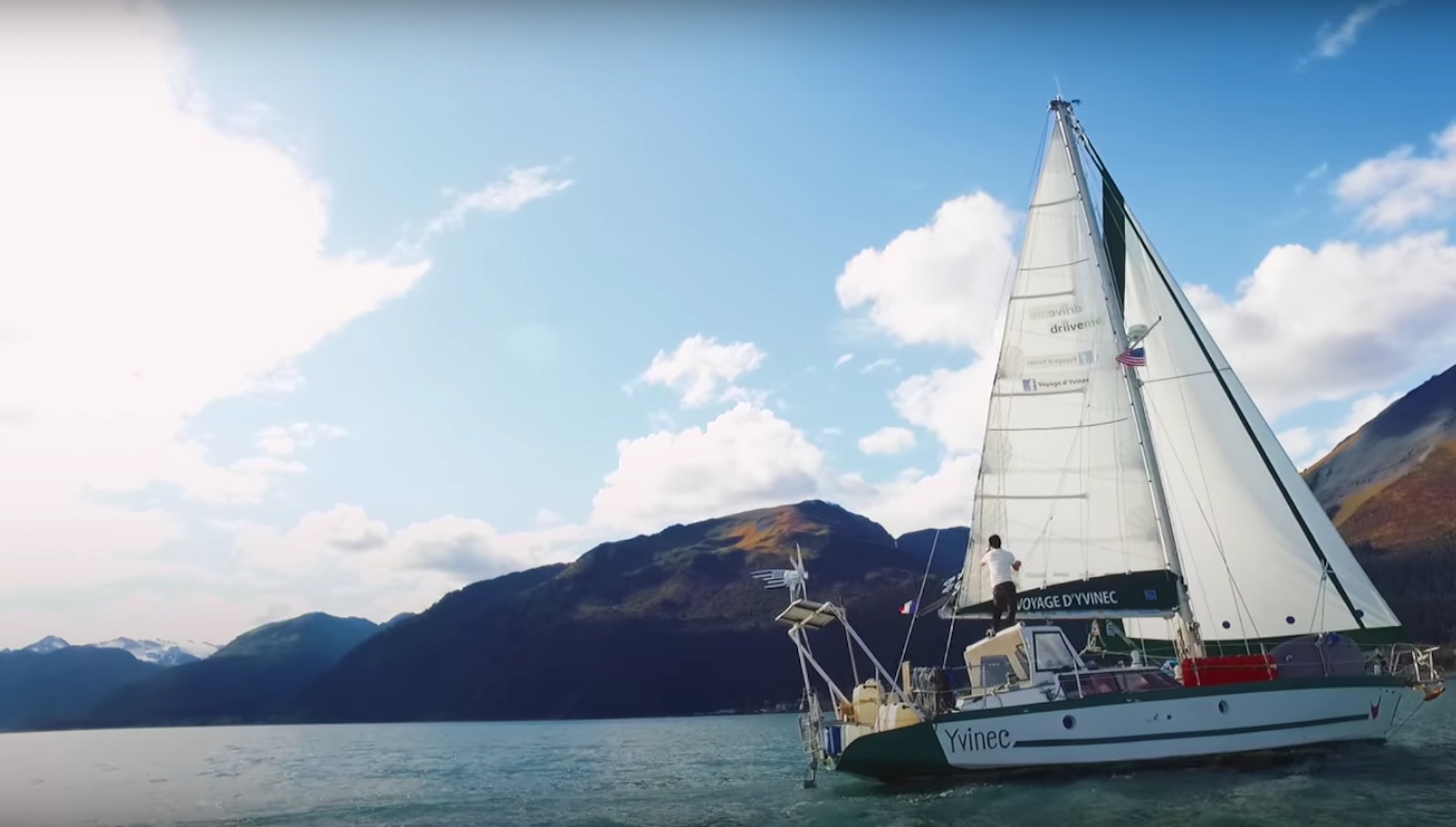 Two-and-a-half years ago, when Soudée was only 22 years old, he set off from his home in France on his 30-foot sailboat, Yvinec. Since he was young he had always dreamed of traveling around the world, and this was his chance.

So far he has travelled between 15,000 to 20,000 miles on his boat. His journey began when he arrived in Spain, followed by Portugal. From there he sailed along the coast of Africa and then to the Caribbean. Next he traveled to Greenland where he ended up staying for a year. When the wanderlust came calling again he did the Northwest Passage to leave the Atlantic and arrive in the Pacific by the north of America. His travels will continue until he ends up back in France.

According to his blog, he has had some milestones along the way: at 22 he crossed the Atlantic solo; at 23 he hibernated without any help for 130 days in the ice of Greenland; and at 24 he became the world’s youngest sailor to cross the Northern Passage alone.

However, Soudée is not completely alone. Before he even dreamed of owning a boat, he had another dream: to own a chicken. Meet Monique, or more fondly referred to as ‘Momo,’ the chicken that Soudée found while travelling in the Canary Islands. 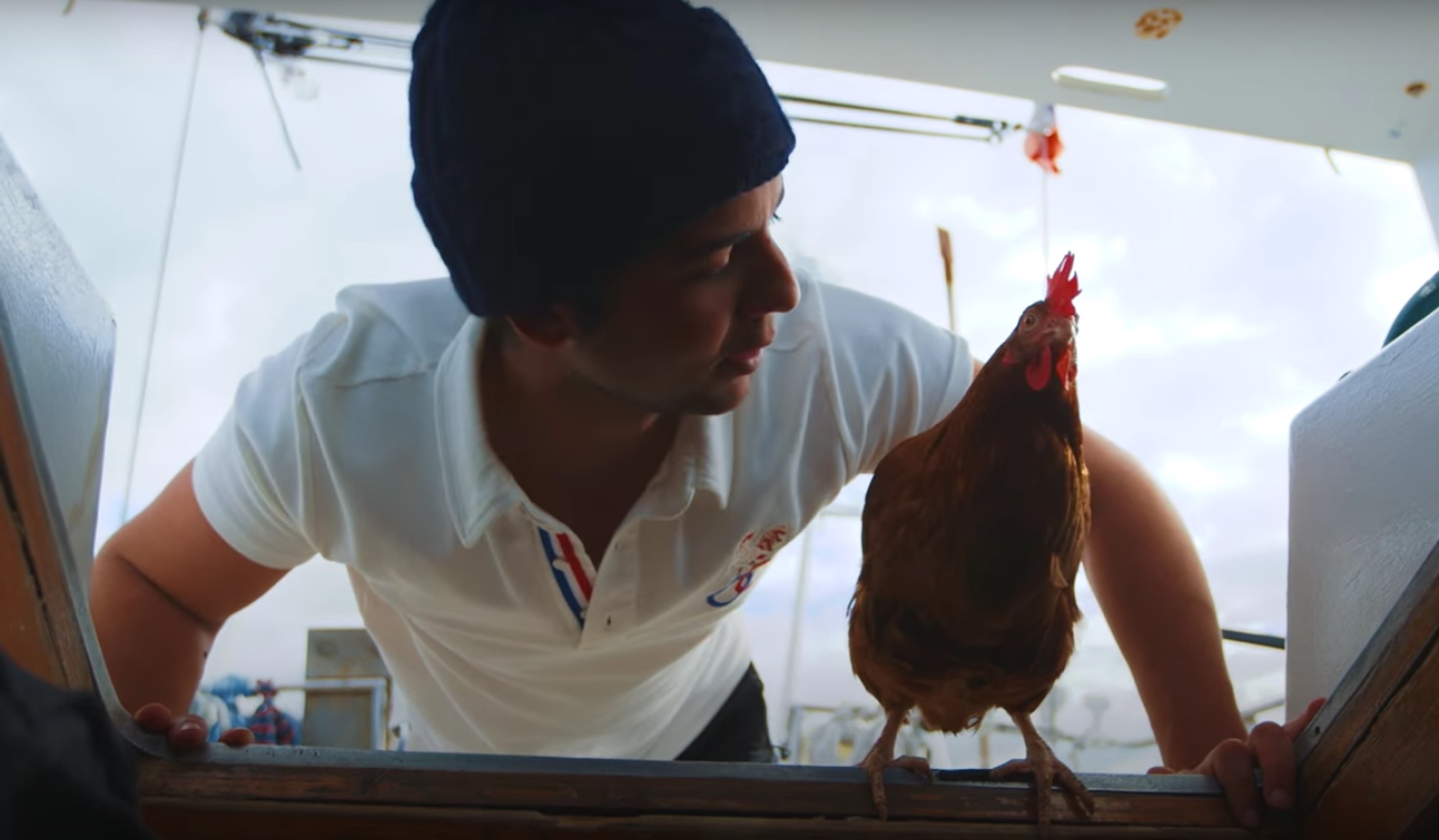 When he still lived in France he had received advice from experts in France about having a pet chicken and they warned him that if the chicken was under stress she wouldn’t lay eggs. But on Monique’s first day on board, she laid an egg. And after 28 days she had laid 25 eggs. Monique and Soudée are completely at ease with each other, Soudée saying that they’re both adventurous and wanted to see how having their own life on a boat would work. 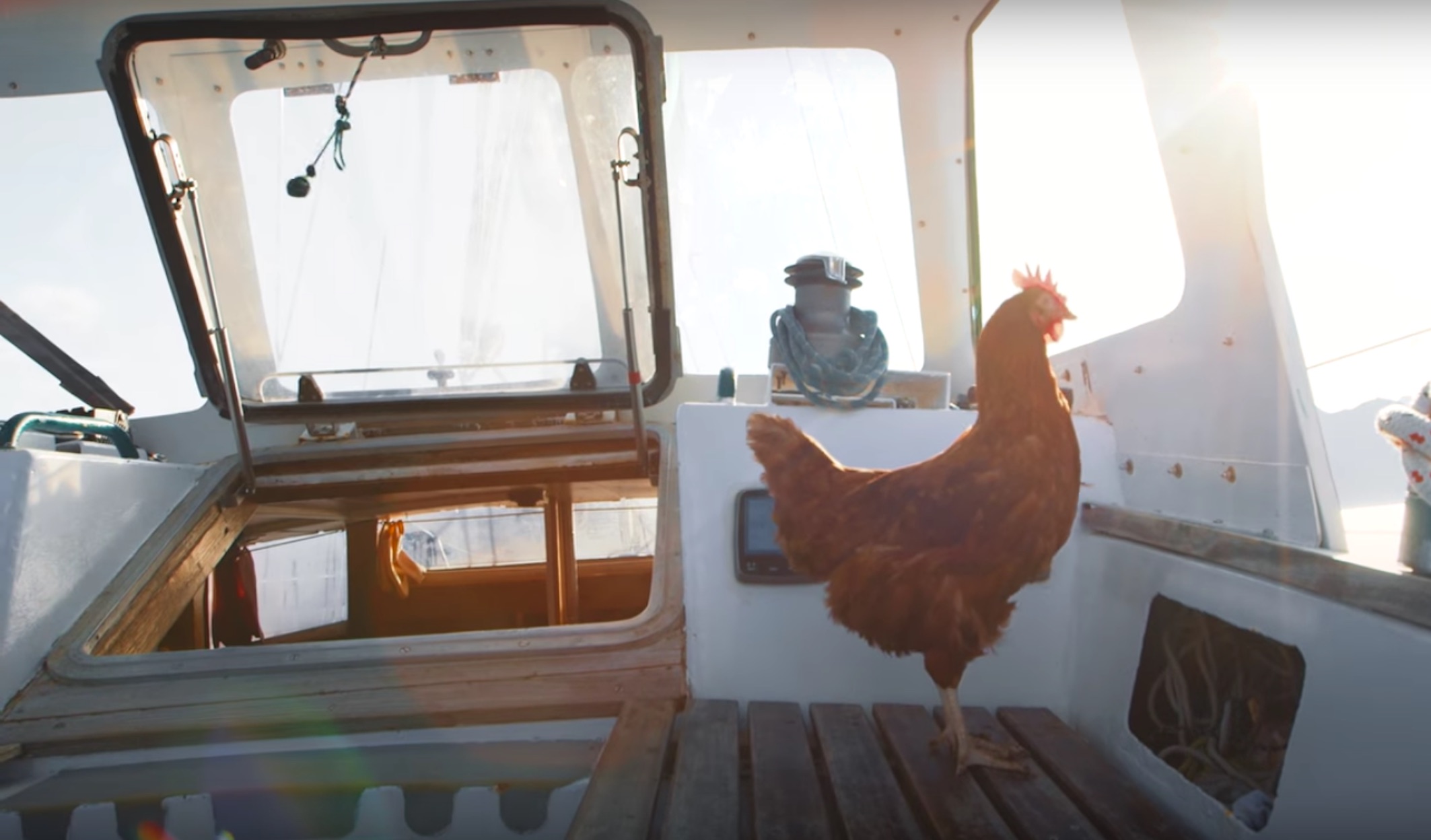 And so far, it has worked well. There have been ups and downs, including the boat getting stuck in the ice in the winter, but he thrives in critical situations, priding himself on working his own way out of tough situations that test him. Currently Soudée and Monique are in Vancouver Island and they have just added a puppy, Bosco, to the crew.

“There are even moments I would give my boat, I would pay with my whole life to get out of there,” he said. “But then the next day, the sun comes back, the wind has calmed, Monique has laid an egg and life begins again.” 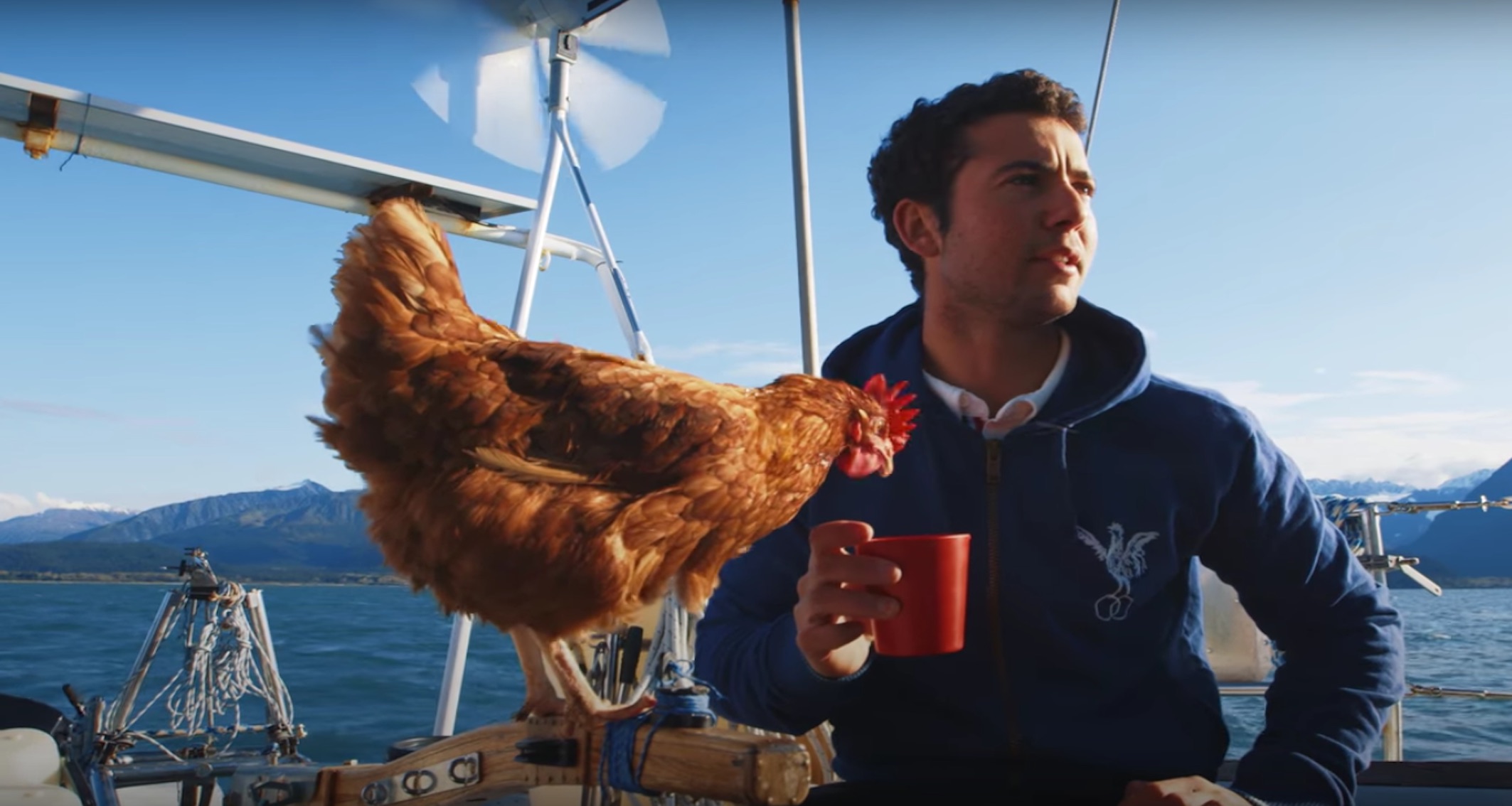