Norwegian New Media consultant Gunnar Garfors has mastered the game of globetrotting by visiting all 198 countries before turning 40. As if this feat isn’t impressive enough, he did it while keeping his full time job.

Garfors utilized his seven weeks of vacation time and his weekends to their full travel capacity while maintaining his president position for a digital radio and TV organization (IDAG) and his job as a distribution advisor for a Norwegian broadcasting corporation (NRK).

He unofficially started his travels as an infant in Greece, but started traveling independently at 17 when he used Interrail to visit 13 European countries.

In 2008, he travelled to 85 countries, and that was the year he decided to take it to the next level and see the whole world 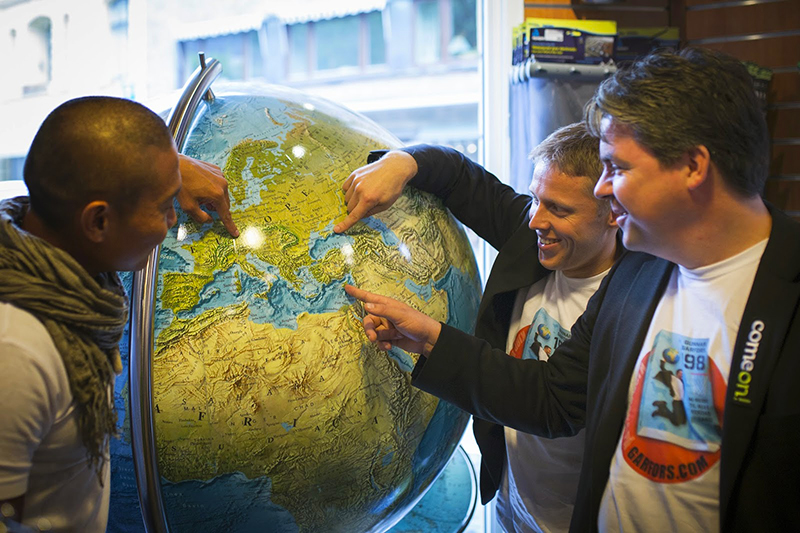 In 2008, he travelled to 85 countries, and that was the year he decided to take it to the next level and see the whole world. The feat was officially accomplished on May 8th of 2013 in Cape Verde. At the age of 37, Garfors ran out of places to go and was titled the “world’s youngest hobby traveller to visit every country.”

His travel companions for the majority of the trip were his brother Øystein Garfors and his friends Andreas Munkelien and Asbjørn Havnen. However, many of his friends and family members joined Garfors on the celebratory trip to Cape Verde for the grand finale.

Many of his friends and family members joined Garfors on the celebratory trip to Cape Verde for the grand finale.

Since his travels, Garfors has written a book on his experiences, 198: How I Ran Out of Countries, and has also created a blog to document his journey and to help other aspiring travelers follow in his footsteps. He even created the #CountryChallenge where he encourages others to also #Visit198. In order to make every country count as an official visit, Garfors followed three official travel guidelines set by recordsetter.com: he must physically stand in each country, he must complete visits within any consecutive 24-hour period, and he must provide media evidence of the visit. In order to support the second guideline, he used a GPS tracker. He also had his own personal qualifications to keep in mind. 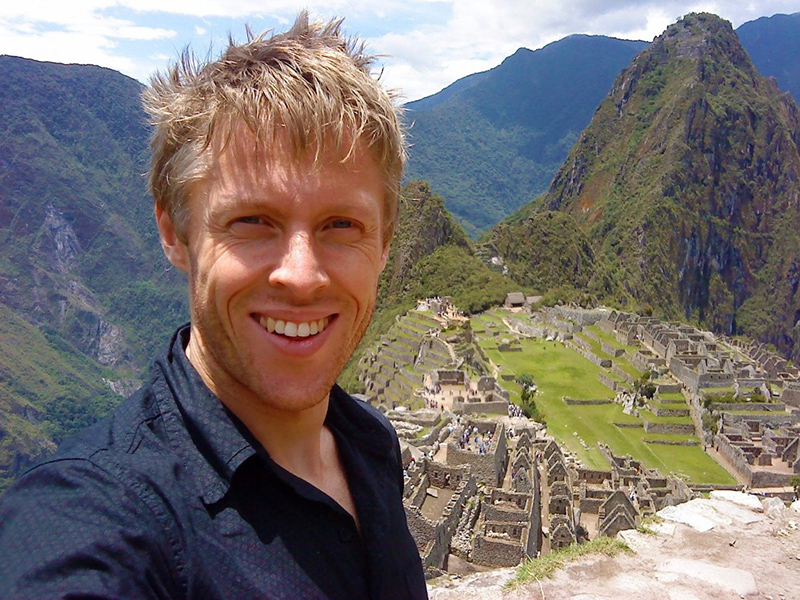 “What constitutes a visit to a country? I must have done something there and have a story to tell,” published Garfors on his blog. He says that “it isn’t necessary to stay overnight, but I have to leave the airport or train/bus station. To merely step across the border doesn’t count.” Garfors also managed to visit 19 countries in only 24 hours on September 21st of 2014. Among others countries, Garfors and his friends were able to visit Greece, Bulgaria, Kosovo, Macedonia, Serbia, Bosnia-Herzegovina, and Croatia during this stretch. The number of countries in the world is often disputed, so Garfors based his travels on the following statistics: 193 UN countries, two UN observers (The Vatican and Palestine), and three countries that aren’t unanimously recognized (Kosovo, Western Sahara, and Taiwan). These countries create his grand total of 198.

Garfors advises other travelers to pack lightly to avoid airport checking fees and the hassle of a suitcase. One thing that he always brought with him, even when he visited Antarctica, was his black blazer that held his essentials: passport, wallet, and phone. Being well dressed and presentable helped him get great service in most establishments, proving that it doesn’t hurt to look good even when you’re backpacking.

With careful planning, travelers can take advantage of an abundance of resources for the trip of a lifetime

Garfors consistently refutes the claim that traveling is too expensive. Although staying at 5-star hotels and constantly eating out can be seriously pricey, with careful planning, travelers can take advantage of an abundance of resources for the trip of a lifetime. Travelers can stay in hostels, work while abroad, or hitchhike. Save up and spend wisely: if you’re determined enough, you’ll be on the road in no time.

“A lot of people claim to not have money, but it is all about priorities and dedication. They have the money, it will just take some planning,” he said to Buzzfeed News. “Then it is possible to stay for free on someone’s sofa using sites such as CouchSurfing or Hospitality Club. You will not only get a free bed, but a free guide and maybe a great friend too.”

What are you waiting for? Take part in Garfors’s #CountryChallenge and you’ll be the coolest person at your next dinner party. 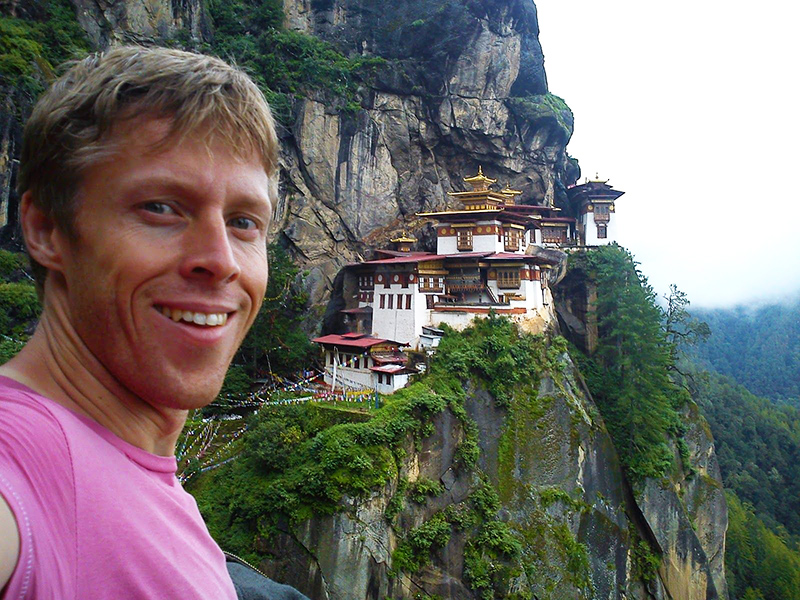