Jenna Spesard, 28, and Guillaume Dutilh, 30, didn’t want to fall in the mortgage debt hole  that many find themselves stuck in with a greased up ladder. She was an executive assistant for a movie studio; he was an industrial engineer for a motorcycle manufacturing company. While those were good jobs, they both were aspiring for something else. They wanted to follow their dream careers of being travel writers and photographers. When the couple discovered the tiny house movement, they decided to quit their Los Angeles 9-5 jobs, sell most of their belongings and build their ideal home on wheels. They had never built anything before so they attended a Tumbleweed workshop, purchased plans, a trailer and started hammering. After a year of building, over 1,000 hours of hard work and $30,000 of their savings and sales, Tiny House Giant Journey was born. The couple planned to be on the road for at least a year with their 35lbs Australian Shepherd, Salies.

In the first six months of travel, the tiny house had already traveled 12,000 miles through 30 states from Southern California to New York, up to Quebec and Eastern Canada, through Maine all the way down to Florida and back to California. In the following 6 months, they will work their way up the West Coast, through Canada all the way to Alaska, then back through British Columbia and Montana on their way to Colorado. Once there, the couple will assess their situation: are they still having fun? Are they losing money? Are they just going too fast? Will they spend winter in the Rockies?

What they know for sure is that, if they can help it, they will never go back to large housing and conventional lives.  Now that the world is their backyard, it would just seem like downsizing. 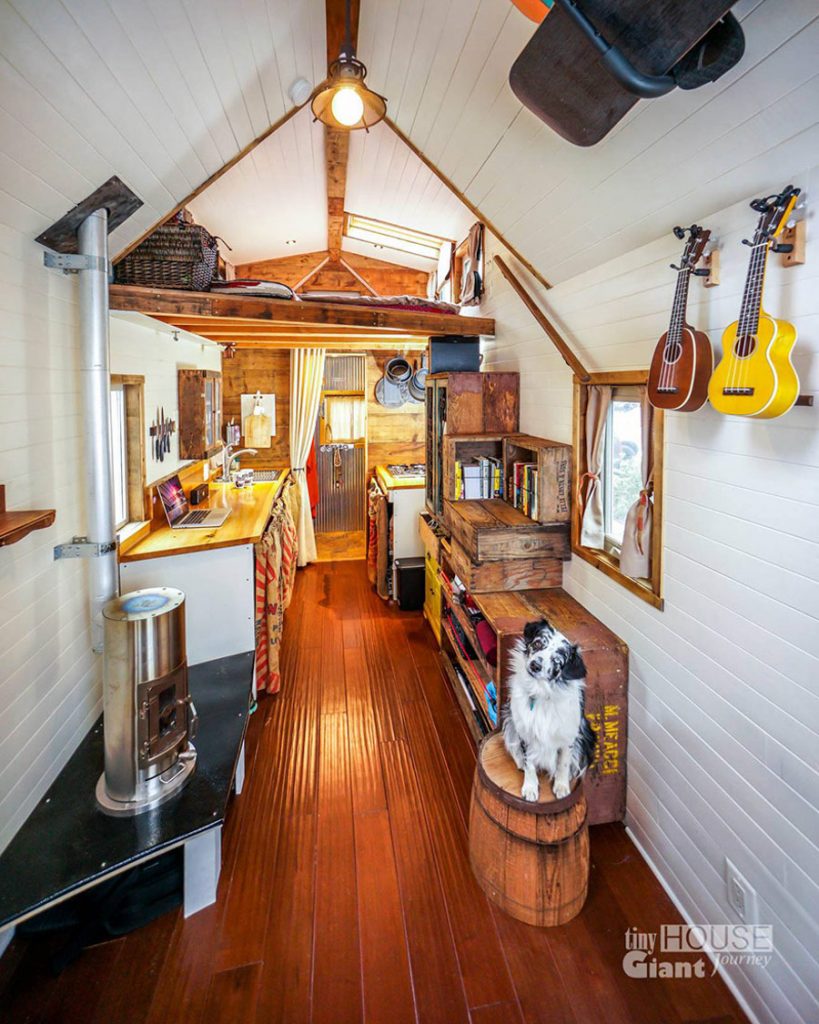