Medical Tourism: Why Millions Each Year Are Trading Bikinis For Hospital Gowns.

Home » Medical Tourism: Why Millions Each Year Are Trading Bikinis For Hospital Gowns.

The stigma of traveling to a foreign country to receive medical care is long plagued by urban myths of straw hut clinics, rusty surgical tools and Freddy Krueger plastic surgery results. In recent years it seems that the stigma is subsiding.

According to the Centers For Disease Control and Prevention, it is “estimated that up to 750,000 US residents travel abroad for care each year.” In addition to people traveling for cheaper care outside the United States, many immigrants to the United States return to their native country for medical care they cannot get in the United States, the most common surgeries being dental, cosmetic and fertility. 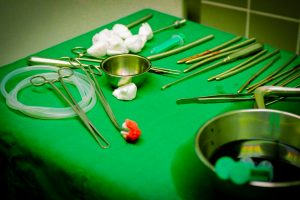 Even with the Affordable Care Act, people are still finding it difficult to pay for hospital bills. Combined with month-long wait times for procedures and the at-finger-tips opportunity of the Internet, many Americans would simply rather hop on a plane, than continue to live in medical limbo.

Surgical procedures overseas at medical tourism destinations are priced at a fraction of the price in the Western world, and with the democratization of technology, the standard of care is also quickly matching pace. Other countries might not be bound by the same rules and restrictions that might slow or halt medical care.

“Nothing out of my pocket,” Joy Guion said on her weight loss surgery, undertaken in Costa Rica. Another patient who visited Costa Rica was Jeff Schult, who wrote an article based on his experiences during his own procedure. In 2004, he calculated his savings at well over $10,000. These savings are not unusual. 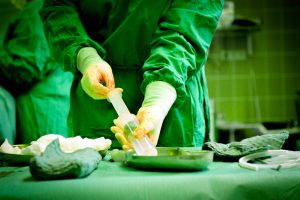 In fact, responding to patients’ demands, some employers are allowing medical coverage to cross the border. Companies like HSM, a furniture and auto parts manufacturer in North Carolina is just one of a growing number of employers allowing medical procedures to be outsourced abroad, for free. HSM estimates that it has “saved nearly $10 million in health care costs”

However, this also means that they are not subjected to the stringent guidelines of First World medicine. The Centers for Disease Control warn that communication barriers may increase the chances of misunderstandings that will threaten the procedure and the patient’s health. According to the CDC There are three things you should probably consider before you book an economy class ticket to go under the knife with a discount in mind.

SEE ALSO: WHY TRAVELLING TURNS YOU INTO A DECENT HUMAN BEING

The bottom line is if you are only reading the first page of the Google search results, you are not doing enough research. 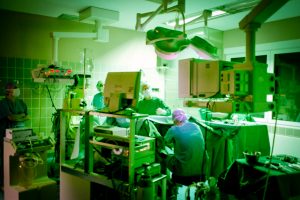 After a dentist’s procedure in Costa Rica, Jeff Shult wrote his experience “was the most welcome [he had] ever felt in a dentist’s office,” During an examination by a US dentist when he returned home, the doctor admitted that the work met professional standards, but warned Shult of the potential shop of horrors he had narrowly avoided.

In a report released, by Think Tank, The Commonwealth Fund, the U.S. ranked last in cost and effectiveness of healthcare, compared with 10 other wealthy Western nations. With per capita health costs in the United States at $8,508 and rising, already standing at $2,839 more than Norway, the second worst-ranked, it is no surprise that consumers are getting itchy feet.

India, Thailand, Singapore; these are the emerging leaders of Medical Tourism.

While this movement of business beyond the border could harbour negative effects on the American medical system, in the same way foreign car manufacturing broke the back of the American auto industry, the forces of globalization may prove too strong for naysayers. Instead of beach chairs and flower print button-ups, tourism advertisements may soon feature operating tables and hospital gowns.