Uruguay’s José Mujica is The Robin Hood Of Presidents; He Might Also Be The Most Radical

Home » Uruguay’s José Mujica is The Robin Hood Of Presidents; He Might Also Be The Most Radical

Uruguayan President José Mujica may have made headlines for allowing his country to be the world’s first to legalize marijuana outright. However, there’s much more than just marijuana to the feisty 79-year-old, affectionately known as Pepe.

Mujica leads quite an unorthodox life inside and outside of the public eye. He turned down the offer to live in a state-provided presidential home upon being elected president and chose to live in his wife’s modest farmhouse instead. In 2012, the BBC described it as a “ramshackle farm” with laundry strung about, a well in a weed-infested yard with a mere two police officers with a three-legged dog keeping watch. That same year he announced the state-provided presidential home would become a homeless shelter.

He also denounced consumerism and materialism in a UN General Assembly speech last year. The press quoted him as saying, “It seems that we have been born only to consume, and to consume, and when we can no longer consume, we have a feeling of frustration and we suffer from poverty, and we are auto-marginalized.” 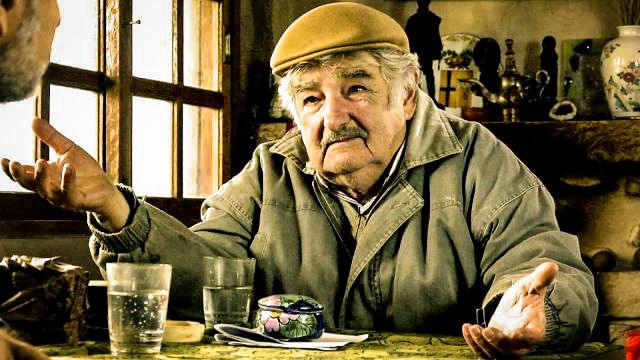 If his home wasn’t evidence enough, he isn’t a preacher without action. Mujica lives on only 10 per cent of his income, choosing to give the rest to charity instead. His primary vehicle is an aging 1987 Volkswagen Beetle and was the only thing he declared in 2010 for his annual personal wealth declaration, as his home, land and tractor are actually his wife’s.

Uruguayans likely knew Mujica would be a different leader when he was elected to office. In the 1960s and 1970s Mujica was a member of the Marxist Tupamaros and their National Liberation Movement organization (or Movimiento de Liberación Nacional, MLN for short), a guerrilla group well known for robbing banks, kidnappings and repeatedly stealing food to distribute among the poor, which the press at the time likened to Robin Hood.

As a result, Mujica was shot six times, arrested four times (managed to escape twice in prison breaks) and jailed for 14 years during the country’s dictatorship. He spent two years of his sentence in solitary and spoke to insects and frogs to keep sane. 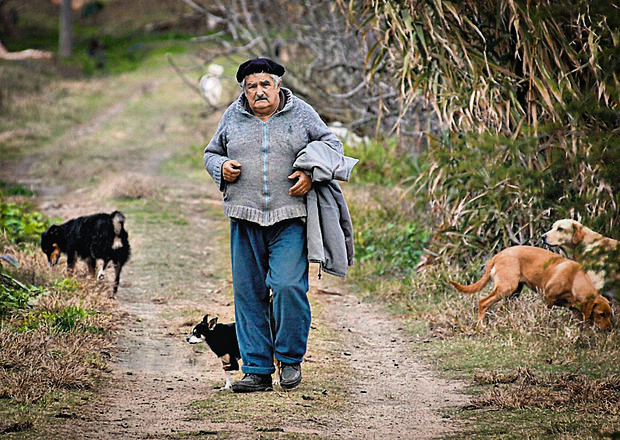 Naturally, Mujica downplayed his past in the guerrilla movement during the federal election in 2009, but the country, particularly younger and poorer citizens, were drawn by his vision of a left-leaning nation and down-to-earth persona. With Mujica often speaking off the top of his head, the election campaign included many foot-in-mouth moments, with Mujica often making disparaging remarks about neighboring countries, which continued well into his presidency.

Likewise, his politics brought its fair share of controversial moments. In addition to having the state involved with producing, distributing and selling marijuana, he approved abortion for women during their first trimester of pregnancy and moved forward with same-sex marriage.

Since being released from prison in the mid-80s, and prior to becoming the 40th president of Uruguay, he was the country’s Minister of Agriculture between 2005-2008 and was elected to parliament in 1994.

With Mujica approaching his 80s and unable to seek re-election this year due to restrictions in the country’s constitution, his political life may come to an end. He plans instead to grow flowers and teach the next generation to farm—a continuation of stewardship from a humble man who has made a powerful impact.