The classic Volkswagen hippie van has long been the favourite vehicle of beach bums, hippies and new age hipsters alike. There’s nothing quite like it – but what if there had been?

In 1958, just eight years after Volkswagen’s release, Reutter built the Brooks Stevens designed Jeep FC-150 passenger van. Unfortunately, only three were ever made.

In the ’50s Jeep desperately tried to find a new market beyond the CJ and wagon models. According to Curbside Classic, after the first Jeepster failed, designer Brook Stevens became inspired by the growing number of cab over engine style trucks and adapted that concept to the frame of the classic CJ.

The result was the 1956 FC-150 truck, which was unique in its look, but not very practical. Shortly after, the FC-170 was born, which had the same look but a much longer back end. In 1958, the passenger van was created, but by that time sales for the FC line had already begun to drop. In 1964 the line was discontinued. 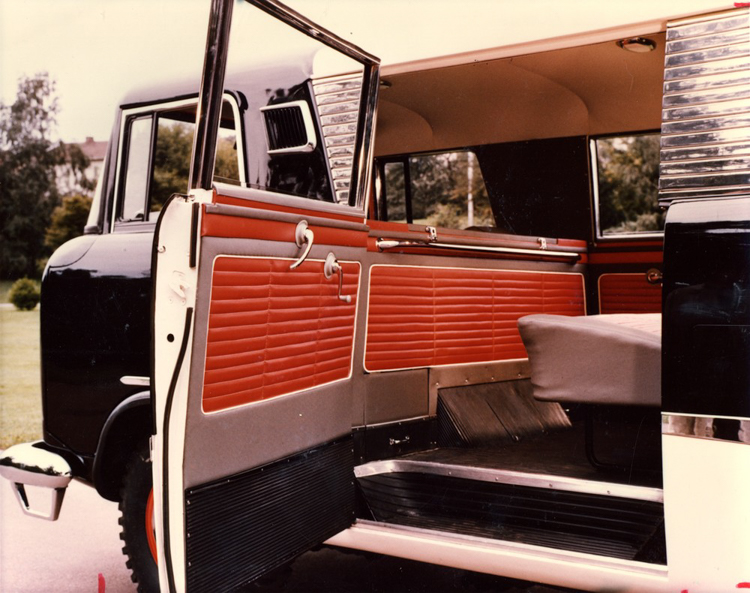 For a long time photos of the rare and short-lived vans were available only in black and white, but a few years ago colour photos surfaced online that depict the van in all of its glory.

According to Hemmings Daily, no one knows the exact whereabouts of the three existing Jeep vans; so if you ever come across one, consider it a very lucky find.