On Saturday night, Hands & Teeth electrified Earth Hour with an intimate and intensely groovy acoustic set at The Imperial. Just in from their last tour stop in Quebec, with veteran stamina the band went straight from the tour van to the stage, their vibrant performance proving passion is precedence in the sleepless life on the road. After the acclaimed success of their first LP, Hunting Season, receiving airplay on popular TV shows like Jersey Shore and Beauty and the Beast, the band is showing little signs of slowing pace. I caught up with singer and guitarist Natasha and drummer Adam at the venue to get an inside look at the band’s latest developments. 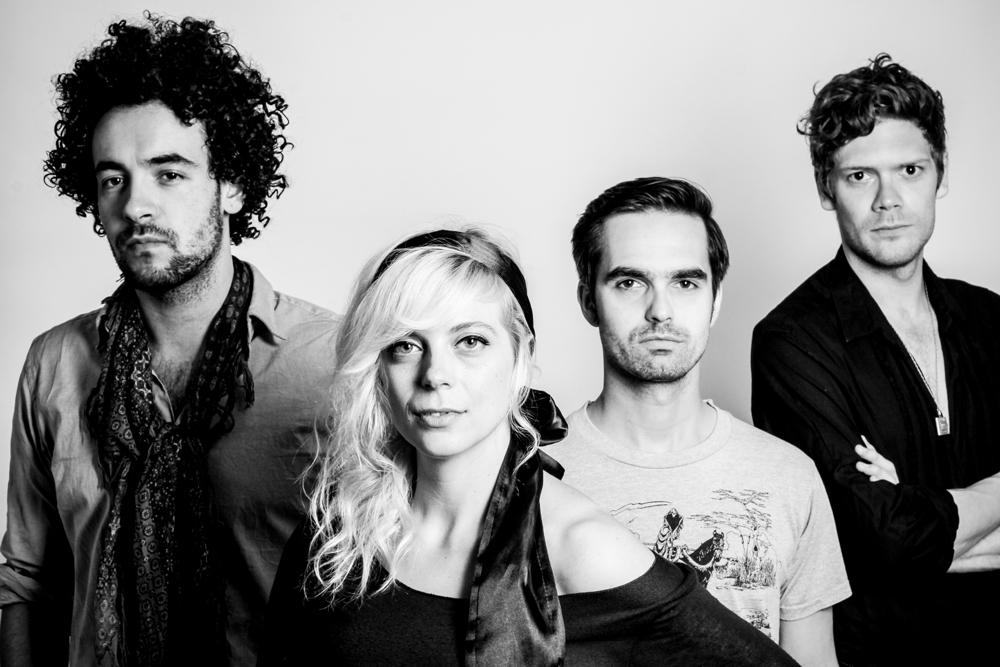 After undergoing a line-up change at the end of 2012 with the departure of Jeff Pinto, the band has been steadily working to redefine its sound as a streamlined four-piece. Natasha comments, “As humans we grow and change, relationships mould and either people fit or don’t fit anymore. Being in a band is really like having a group marriage, so our new EP has a lot to do with finding out who we are.”

The new five song EP from the band is reflective of a stronger self-perception after the past wave of change. Entitled Before The Light, the EP was recorded with Carlin Nicholson and Mike O’Brien of Toronto-based indie-pop mogul Zeus. The album stands in contrast to the meticulous tracking-style production of Hunting Season, the new EP being recorded live-off-the-floor to brand the new sound direction with a tighter and more organic feel. Adam comments, “It’s still the four of us but basically we’re a new band with a new sound. We’re leaner and meaner and not trying to juggle five sounds on one album this time round. It’s a really confident record with one solid take for most songs.” 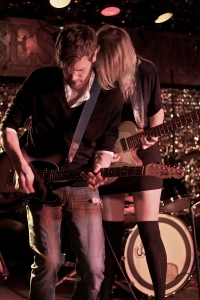 The new production method came after the realization that live recording better serves the scrutiny of expectation when performing live. Before The Light showcases a growing maturity of creativity with a groovier and punchier sound and condensed song writing style that carves sharpened melodies into the ear drums of listeners. Regarding live-off-the-floor recording, Natasha says, “It really strengthened us as a unit and taught us to let go of our mistakes. It feels a lot more organic because any mistake is unique to the moment. It’s more honest to the fact that we are imperfect as humans.”
Still in the process of re-writing the band, the new release is just a snapshot of the new direction.

Recently, the band signed with indie label Underground Operations, keeping pace with the increasing grassroots movement of independent labels reclaiming creative control of the overly-commercialized music industry. Musicians are taking matters into their own hands with Adam stating, “The industry is so up in the air it’s make your own rules. There’s no science or formula to create and release material although the one thing that remains the same is the element of luck.”

The band released its new five-song effort at trendy Toronto venue, The Dakota, a Hands & Teeth favourite for its good vibes and lack of cellphone service. The band’s opinions stay true to its organic sound, Adam remarking, “With no cellphone reception people have to pay attention and actually communicate as humans.”

As interesting in conversation as on their record, Hands & Teeth is definitely a band to keep an eye on bringing a unique colour to the thriving indie-pop scene. You can catch them Friday at the Phog Lounge in Windsor or at their final tour stop on Saturday in Guelph. Torontonians can look forward to their appearance at NXNE and indie fans everywhere are urged to appreciate Before The Light, available on iTunes as the perfect addition to any summer night soundtrack.