All images by: Bertil Nilsson

The photo series was the product of three long years of backwoods expeditions with a handful of male dancers and acrobats, allowing the portraits to grow organically from the subjects’ interaction with the unfamiliar terrain.

All of the photos are a blending between man and nature, though some propose more of a contrast than cohesion. Others are more ambiguous and make it difficult to identify where the subjects end and the landscape begins. 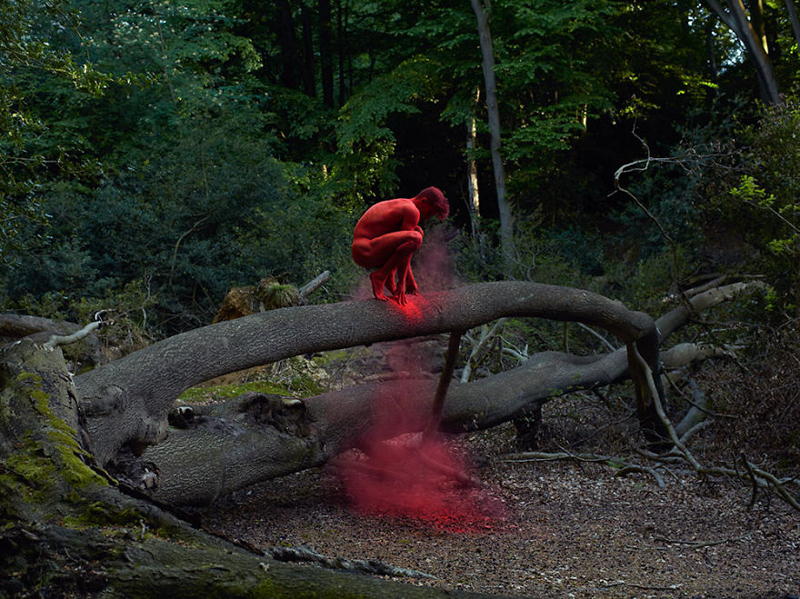 Nilsson published the series in conjunction with Galerie Wilms. They released a total of 500 books, which include 110 pages of photography and artwork. According to Nilsson, the photography offers a theme of “tension between order and chaos.”

“I’m really interested in the idea of the artist’s book, where the book itself is the expression of the artistic idea, and not only a container to beautifully present your work,” says Nilsson on his website, where you can also purchase one of the books.