For 8 glorious years, this couple backpacked through 51 countries, while living out of vans for $10 a day

Home » For 8 glorious years, this couple backpacked through 51 countries, while living out of vans for $10 a day

When Lauren and Craig met eight years ago working at a pizza shop in England, I doubt they could’ve predicted where their relationship would take them. Maybe they imagined some travel; perhaps they envisioned leaving the country to work elsewhere for a while; they might have even discussed a road trip or two. However, I would be surprised if they thought that eight years later they would have travelled to over 51 countries backpacking, volunteering, working and living in different vans.

Beginning their travels in Sydney, Australia, the couple realized just how expensive accommodation can be and after five days of hostel living, purchased their first van. They spent $4,600 on a Ford Falcon station wagon.

Since then, they have been around. Their impressive travel list includes Canada, six countries in Asia, 20 countries in Europe, countless states in the USA, Mexico, Ecuador and New Zealand. Their next stop is Morocco for three months where they will be backpacking and volunteering.

Basically the couple works for about six months in Western countries like Canada or Australia after getting a working holiday visa. They’ve found most of their work in restaurants and bars, but have also worked in a cheese factory, a beach resort and a sweet potato farm. After they’ve saved some money, they travel for about a year.

“We travel long-term because it feels like more of an adventure,” Craig said. “You begin to fend for yourself, you have to budget a lot more, work out where your money is coming from, and plan your route.”

On average Lauren and Craig spend $10 each per day. This obviously doesn’t include any extra perks they indulge in on their trips, like bungee jumping, snorkelling or scuba diving, but they save their money by living in a van, so these excursions don’t really set them back.

Currently they are about to buy their fifth van. Basically they buy a van at the beginning on a new trip and then sell it when they are leaving and no longer need the van. They have bought vans in Western countries where accommodation is crazy expensive and opt out in cheap countries like Nepal or Indonesia. Since they sell the vans when they are finished with them, they have found that they break even and don’t really spend any money on accommodation.

They’ve had their fair share of incidents while living in a van, including mice issues, people threatening to slash their tires and others blocking them into their spot so they couldn’t leave while taunting them. All a part of the experience, but in the end, all worth it.

“You can stay anywhere from a lakeside to a forest,” he said. “You can stay in a city centre. You can stay by the beach. Anywhere you want your balcony to be you can make it happen.” 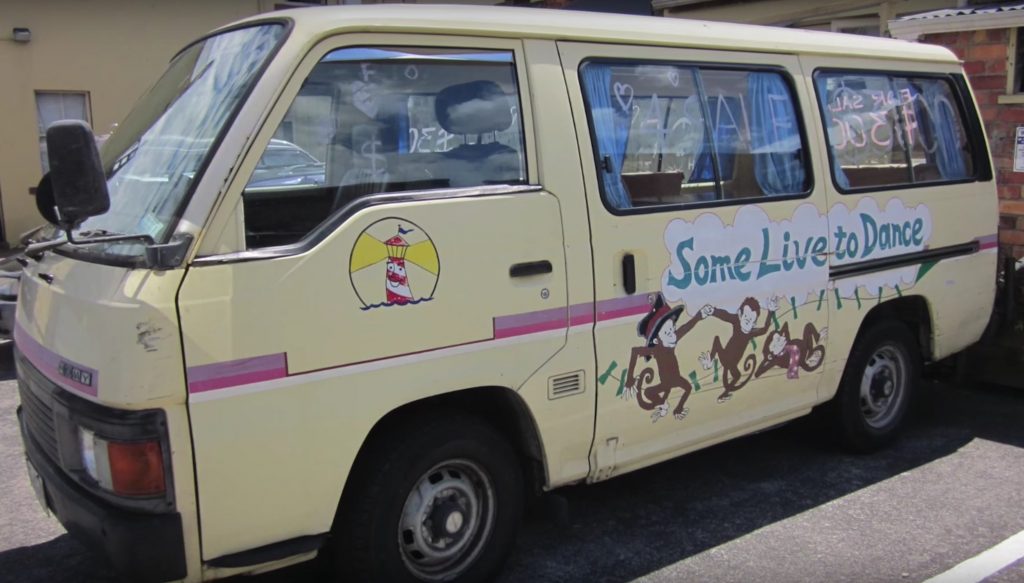