The world’s top city for cycling wasn’t always so bike-friendly.

A recent photo series shows certain intersections in Amsterdam around the beginning of the 20th century, then again in the ’70s and ’80s, and finally today—representing the city’s bike evolution.

At the start of the 20th century, bikes actually outnumbered cars in Dutch cities. It was seen as an appropriate mode of transportation for men, women and children.

According to The Guardian, after the Dutch economy began to boom, more and more people were able to afford cars, which were viewed as the travel mode of the future.

Because of this, entire neighbourhoods were destroyed to make way for motorized traffic and parking lots, and the use of bicycles steadily decreased by 6 per cent every year afterwards.

The streets became home to vehicles, not people.

“The most beautiful places in Amsterdam—the places where all the tourists like to go, and all the Amsterdammers like to go to sit on patios, enjoy markets, relax—all of those places used to be used as parking lots,” said Cornelia Dinca, founder of Sustainable Amsterdam, to Fast Company. Dinca started collecting the photos for the series while attending the University of Amsterdam.

But the growing traffic took its toll. Traffic-related casualties were on the rise, and according to The Guardian peaked in 1971 with 3,300 deaths—400 of which were children.

The deaths prompted large-scale protests all across Amsterdam. The most notable of these protests was called “Stop de Kindermoord,” or “Stop the child murder.” 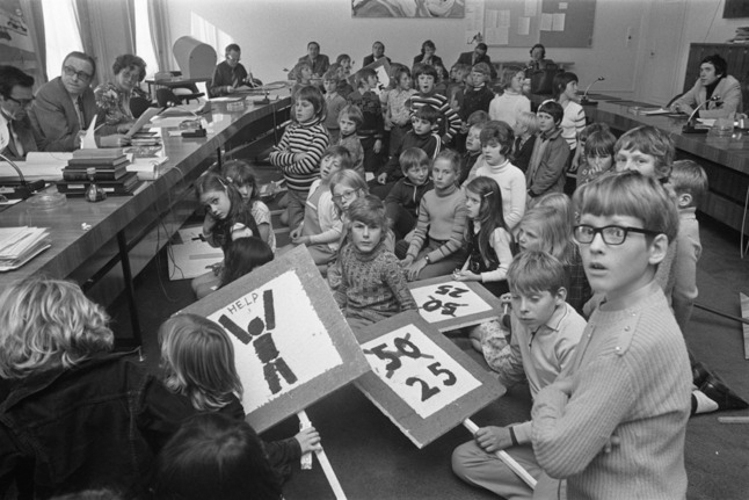 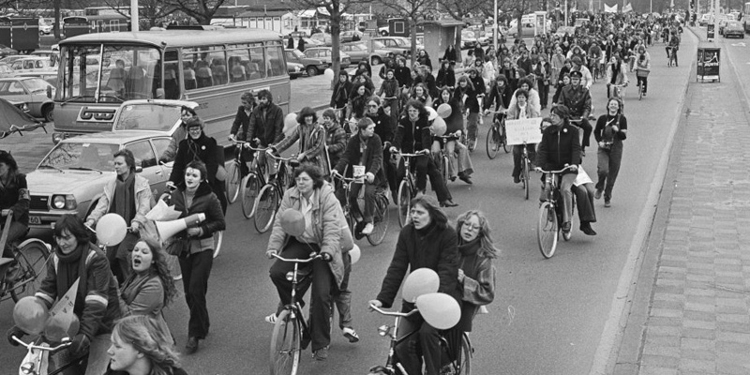 Two years after Stop de Kindermoord, another group of activists founded the First Only Real Dutch Cyclists’ Union to demand more space for bicycles in the public realm. Their agenda included mass demonstrations, and nightly ventures where they would paint illegal bicycle lanes on streets that they deemed dangerous. While this usually ended in arrest, once the stories caught fire and began to be circulated by news outlets, politicians and officials began to listen.

Another event that helped pave the way for cyclists was the 1973 oil crisis, which saw oil prices quadruple. The prime minister at the time urged Dutch citizens to adopt new lifestyle practices, and save energy.

A series of car-free Sundays were implemented to help this cause.

The 1980s brought a new wave of cycle-friendly ideas and movements, and the ripples have been in effect ever since.

Today, the Netherlands boasts 22,000 miles of cycle paths, and the Cyclists’ Union has transformed from a small group of rebels into an organization with 34,000 paying members.

The city goes to great lengths to accommodate its cyclists, which is evident in the photos of the present. But the series does more than just show images of a bike-friendly city—it conveys how new ideas and innovations are capable of breaking the status quo, and that other cities around the world hold the same capabilities.