Here’s why I threw out my razor and stopped shaving, despite what society tells me

Recently, I was looking to learn more about Movember – the trendy global charity where men are encouraged to grow their moustaches to raise awareness. I ended up perusing YouTube and came across an informative Movember video made by two very passionate guys. Generally, I would say that it was made with positive intentions and an overall positive message. Unfortunately, near the end of the video one of the guys said something along the lines of: “ So I’m gonna grow out my moustache and I mean girls can…I don’t know…grow out their leg hair? I don’t know if girls do that, kind of weird but…” The worst part was that his face was all scrunched up while saying this, as if he was completely disgusted by the very thought of a girl with hair growing on her legs.

There is an incredible double standard between men and women on the subject of body hair removal, and this dates way back into history. Women in ancient Egypt, Greece and the Roman Empire started removing much of their body hair using things like depilatory creams and beeswax because it signified that you were from the upper class. Of course, men were engaged in hair removal as well, but mostly on the face for hygiene purposes. Depilating the legs, arms, underarms and pubic areas were generally saved for women.

As early as the 1920s, advertisements for hair removal methods started appearing in magazines such as Harper’s Bazaar stating things like, “All hair on face and arms permanently destroyed guaranteed.”

From there, the feminine ideal image was very clear. The razor and the electric razor were born, followed by wax strips and laser hair removal in the 1960s, and now, we have access to fancy, expensive approaches like electrolysis and eyebrow threading – female hair removal truly is the norm.

Until recently, I felt that riding this wave was the only option. I remember being 11 years old and staring at the seductive, smooth legs of models on the covers of magazines at the corner store. After realizing my fuzzy legs weren’t ideal, I asked my mother for a razor and she provided.

Soon after, my mom took me to get the little caterpillars above my eyes waxed when I was only 12. While the aesthetician poured the hot wax on my face, she blurted out some hilarious comment about the peach fuzz growing on my upper lip and how it needed to be “taken care of.” The aesthetician also asked me about my armpits and bikini line. Just to remind you – I was 12 years old. Then, she proceeded to pour more hot wax onto my face, press rectangular pieces of paper on top of the wax, and then rip them off with extreme force. My face was swollen, red and throbbing for hours after this procedure. I truly considered never putting myself through this pain again – but I did, every month for years.

Now that I’m starting to become peaceful with the natural processes of my body, I‘m realizing that if something is there organically, I don’t want to waste my time and money removing it – especially if it hurts and has no actual health benefit. There is a constant bombarding of the ideal feminine image, manipulating women everywhere. This makes it tough for women to fight the medial and societal pressure and go with what they feel is right for themselves. 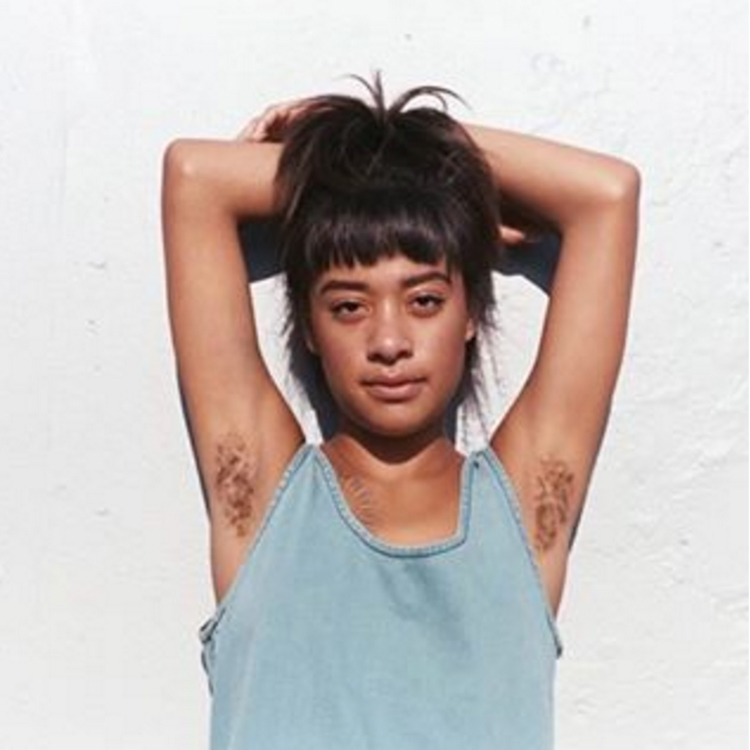 On top of the standard billboard and advertising pressure, pornography can make women feel like they need to be as shiny and perfectly proportioned as a Barbie doll, with pressure from men who have that same idea planted in their heads. I’ve actually had friends tell me that their boyfriends wouldn’t make love to them, if they weren’t clean-shaven. Meanwhile, men can have hair growing on every square centimeter of their body, and yes, I’m sure some ladies think it’s gross, but it’s predominantly viewed as manly, natural and absolutely socially acceptable.

Armpit hair, which both men and women certainly have, actually grows on the sweat glands that produce our unique scents, sort of functioning as a fragrance diffuser, “allowing one’s personal scent to waft into the atmosphere and announce one’s presence (and one’s fertility) to potential mates,” states Lisa Miller in her article. “The specific development of hair in these regions (in our otherwise largely naked bodies) is thought to aid the dispersal of odorants in sexually mature humans,” said Mahmood Bhutta in his article “Sex and the Nose.”

The hair that’s growing all over our body is there for a reason. If humans didn’t need it, through evolution it would have ceased to exist a long while ago. I am personally choosing to not spend an hour every four days hunched over in the bathtub. I am choosing not to use chemical products like BikiniZone to treat the relentless rash that appears on my sensitive skin after shaving. I am choosing not to buy into social pressures that actually mean nothing to me.

I’m seeing more feminist women letting their hair grow, both as a statement and just as a personal, quiet decision, but I also know tons of women who want to let their biological processes be, but are afraid of being chastised by men who think hair is unfeminine and unattractive.