The excitement of exploration is unparalleled; sailing into the stars is a possibility too poetic to overlook. If you’ve ever dreamed of rocket ships, aliens and space ice cream, you’re in luck. NASA is currently accepting applications for their Astronaut Selection Program.

To start, astronauts have to be well educated. The minimum requirement is a Bachelor’s degree in engineering, biological science, physical science or math. Applicants need at least three years of professional experience in their subject area or 1000 hours of flight time in a jet. The level of work experience an applicant needs varies by degree. For example, completing a Master’s degree lowers the amount of workplace experience needed to a single year.

Along with being a little brainy, you have to meet NASA’s physical requirements. Your vision must be 20/20 or correctable to 20/20, and your height must be between 149.5cm and 190.5cm. Your blood pressure also can’t exceed 140/90 mm Hg while seated.

If you meet the minimum academic and physical requirements, then your application will enter the slush pile, where it’s screened. If NASA deems you a fit, then you’ll move on to the next round of selection. The weeklong process involves interviews, medical screenings and orientations. If you’re deemed fit after NASA’s careful examination, then you’re designated an “Astronaut Candidate.”

To be an “Astronaut Candidate,” you need to be well educated, experienced, have 20/20 vision, a certain blood pressure, and be a certain height.

As an Astronaut Candidate, you’re put through the wringer at the Johnson Space Center in Houston, Texas. There, you’ll be enrolled in NASA’s specialized training program. It includes such things as military water survival, SCUBA certification (for spacewalks), a swimming test, and a set of courses designed to ready candidates for any eventuality they may experience in space. They range from training candidates how to use the ISS’ various systems to learning Russian. The skillset of an astronaut has to be large enough that they can deal with any problem that might occur in a set of joined, pressurized, metal modules floating through the vacuum of space.

Once you’ve completed training as an astronaut candidate, there’s yet another round of selection. Some of the candidates are allowed to progress to flight training, while others are offered another position within NASA.

Flight training prepares astronauts for the missions they’ll be going on, which range from three to six months long. At this point, astronauts are trained further. Neutral buoyancy laboratories provide a simulation of zero-gravity, and astronauts practice moving through the enormous water tank to ready themselves for the real thing. There are also full-scale mockups of the vehicles and equipment the astronauts will be using. They run simulations on food preparation, equipment stowage, trash management and experiment operations. There’s also time spent in a jet aircraft—minimum of four hours per week—to help astronauts acclimatize to the flight and the g-forces it involves.

Once an Astronaut Candidate, you have to go through several training programs and another round of selection to determine if you will continue with training or be given another position in NASA. 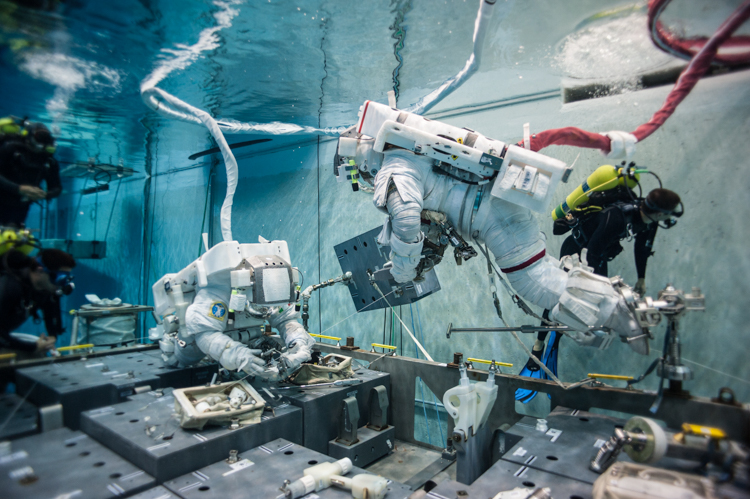 Once that training has been completed, astronauts finally begin their missions to the ISS, flying up on Russia’s Soyuz or NASA’s Orion. The missions aboard the ISS are now largely focused on research and technology development. Their future missions will include such things as exploration, commerce and education. The research currently being done aboard the ISS gives NASA a look into how humans endure living in space and what they may need. With that insight, they hope to lead longer missions such as, say, one to Mars.

As of now, NASA is developing spacecraft for deep space expeditions. People who are applying will be among the first to experience some of humanity’s greatest advances. They may even be aboard the first manned flight to another planet. The universe is infinitely large, and while the beauty on Earth is unquestionable, when gazing up at the stars, it’s hard not to wonder what’s out there.

Applicants may be the first astronauts to be on the first manned flight to another planet, and will be experiencing some of humanity’s greatest advances. 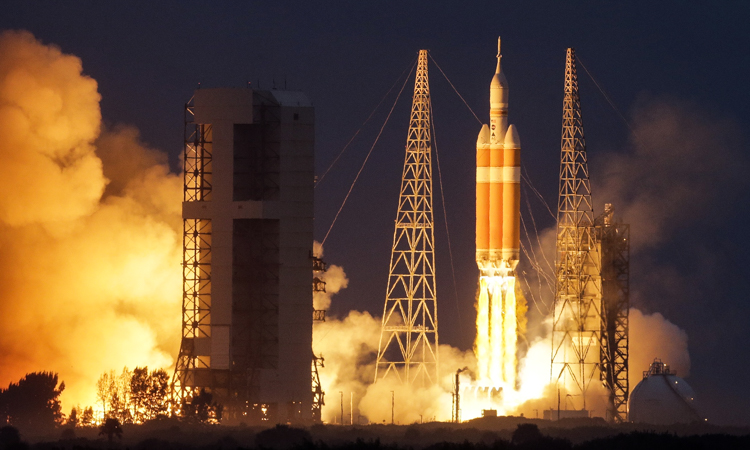