Why hemp plastic should be way more common than it is

Hemp plastic is a lightweight, biodegradable material that has the ability to replace most petrochemical plastics – so why doesn’t it? Although the material has been legalized since 1998 in Canada and has begun to be used in the production of cars, musical instruments and water bottles, it is still nowhere near the norm.

Hemp plastic has gained attention from activists in recent years; however, this is hardly the first time it’s been noticed by larger manufacturers. In 1941 Henry Ford, the famed car manufacturer, began production on a prototype that showcased the unbelievable potential of hemp used in combination with innovative technology. The body of the car was produced via plastic composite, which consisted of a whopping 70% hemp fibre mixed with straw and sisal. Sounds pretty ingenious, even by 2016’s standards of production. While production on the prototype continued and the promotion of hemp kept up throughout the war, after the war the defamation of marijuana began and the promotion of hemp plastic suddenly became akin to drug pedalling. 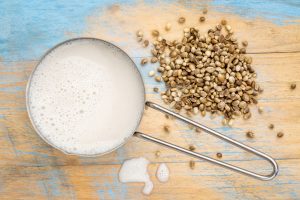 As a result of hemp technically being of the Cannabis Sativa plant it became associated with weed and the over the top war on drugs that took place post-WW2. Despite being in the same family, hemp actually has almost nothing to do with marijuana. Seeing as it has only 0.5% THC, smoking or eating hemp would not do anything but give the user a headache.

Sadly this means that the production still halted and growing hemp became illegal in most countries. Though the laws have slowly changed, hemp has yet to recover from the post-war blow. Which is pretty unfortunate because it is one of the strongest natural fibres known to man. It is one of the most useful plants on earth with thousands of applications including its use as a completely legitimate plastic. The oil used in the usual plastics could easily be replaced with hemp, a recyclable and 100% biodegradable fibre.

On the bright side, with the help of hemp activists, hemp is beginning to move back into production. Currently its biggest consumer is the automotive industry, along with plastic bottles, various electronics and more. The demonization of hemp plants occurred in propaganda films that flaunted the THC component of the plant, but now that those types of films are seen as little more than jokes hemp is finally getting its day in the sun (and in fertile ground).