The truth is innocence is never pure, not even your childhood memories are safe. The excited squeals of a child unwrapping their presents is a warm embrace, and not often does the thought of millions of labourers slaving for countless hours under harsh florescent light fit into the equation of your cuddliest teddy bear. No, this is a lifestyle thousands of miles removed from the shimmering plastic-filled shelves of toy stores across the western hemisphere. Approximately 75% of the world’s toys are manufactured in China, and it’s hard to understand the implications until you see them with your own eyes.

Photographer Michael Wolf took a step beyond the heavy sliding doors of the Hong Kong toy manufacturing industry, for his series The Real Toy Story, to examine the backbreaking work that goes into that Sponge Bob doll your child won’t stop dragging around the house. An estimated 8,000 toy factories employ 3.5 million people throughout China, and being an export oriented industry at the bottom of the global supply chain there is little care taken towards the regulated conditions of workers. According to China Labour Watch, most work schedules surpass the legal limit by at least 36.5 hours per week, with pay rates as low as only 59 percent of the local minimum wage. Many work 15-hour days, so exhausted that workers often fall asleep at their station on 10-minute breaks. At most factories the workers sleep on site in dormitories with as many as 14-22 workers in a single room. These exploitive conditions of low-paid rural migrant workers are reminiscent of the Taylorist/Fordist mass production principles experienced in the West nearly 100 years ago.

Looking at the apathetic expression painted across the workers’ faces you think about the sweat and toil they put into each product with very little reward. Surrounded by the metal walls of the factory, they are simply rows of nameless faces—wasted minds and diligent hands moving down a conveyor belt. But when put in front of Wolf’s lens they become humanized, they are finally recognized for the sacrifice they make in feeding the stomach of consumerism. The images examine the effects of mass production and give me an unsettling feeling about that toy I bought my baby sister for her birthday. 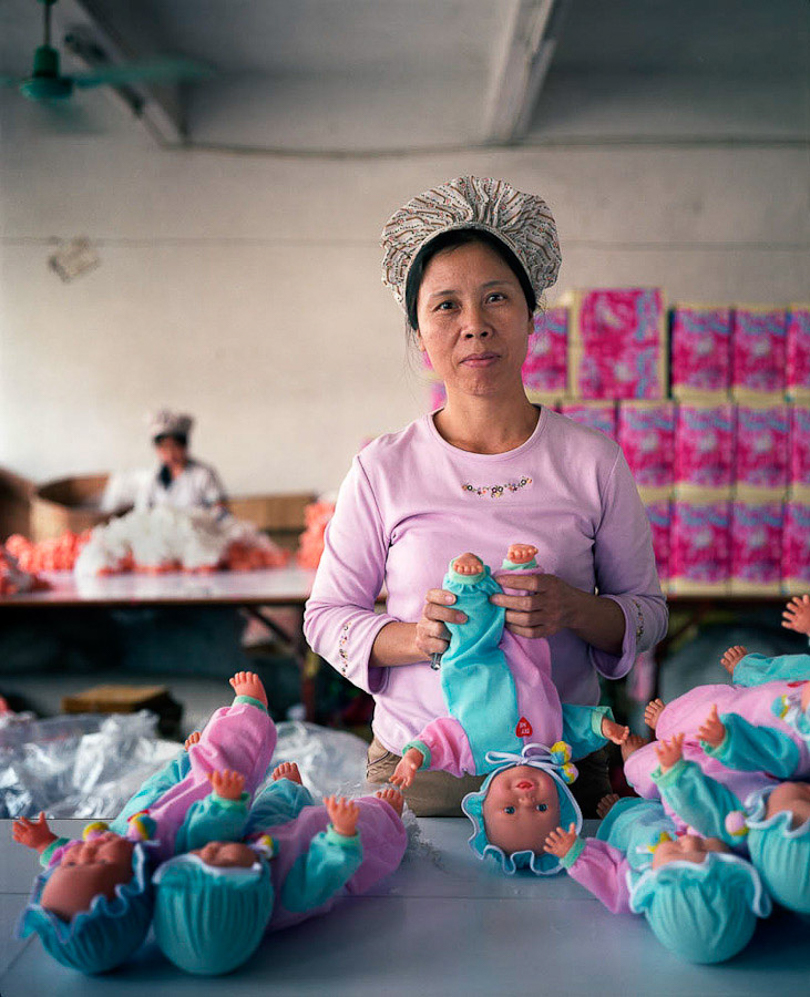 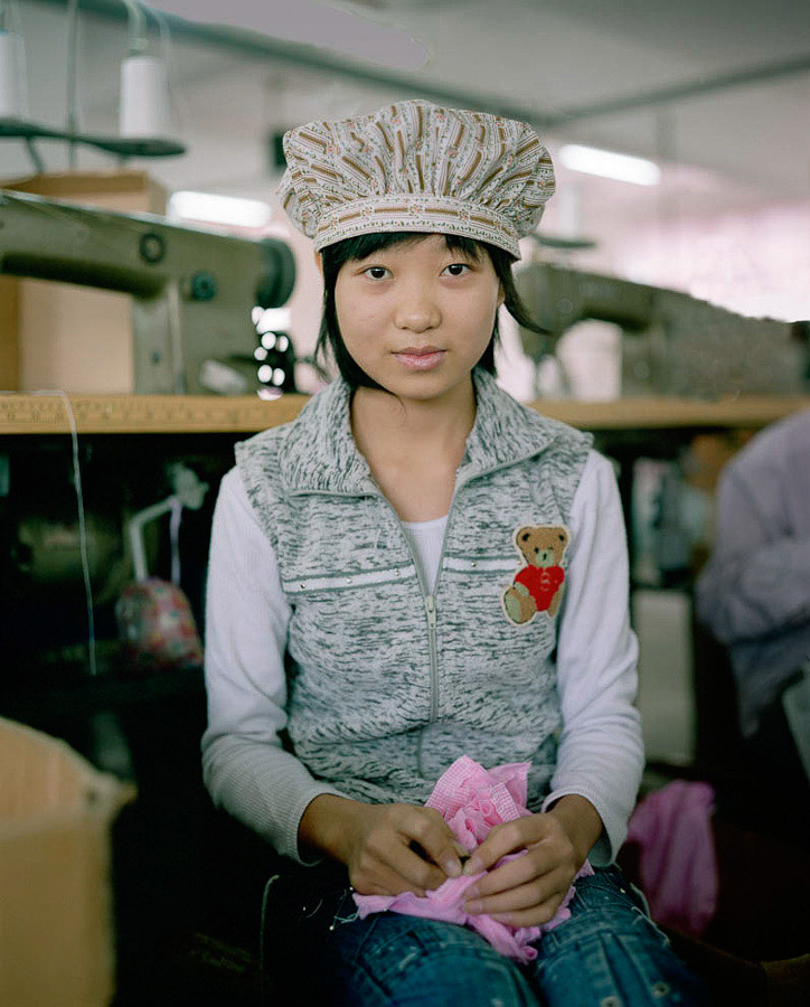