Geek culture may be on the verge of a welcomed self-implosion.

At the time, adults wondered what the hell these kids were smoking. When they were growing up, declaring yourself a nerd of any kind was a sure way to get your ass kicked. The only year that closely rivals 2013 was 1984, when the Hollywood film Revenge of the Nerds hit theatres. The 1980s was a period of collective taunting of any tech-savvy individual. They were perceived as loners who sat in their basement fiddling with useless technology, while the rest of the world lived in reality – listening to synthesized music and backcombing their hair. Even 1984 didn’t witness the mainstreaming of ‘geek’ culture however; it just prompted some interesting conversations about a rather offensive movie.

Just two years after “geek chic” (defined by the Oxford Dictionary as “The dress, appearance, and culture associated with computing and technology enthusiasts, regarded as stylish or fashionable”) started infiltrating stores like Forever 21 and Topshop, Scott McCann wrote:

“There has been an awakening in a sub-culture and it has infiltrated our entertainment industry, fashion world, technology and pop culture. No longer are geeks quietly inhabiting the less known comic book stores, dueling over card games and strutting the halls of libraries whilst avoiding the school bullies.”

Since the mainstreaming of technology, and the adaptation of comic book stories by Hollywood directors, these once geeky facets of life are no longer pushed to the fringes of pop culture.

Let’s rewind a bit though; who do you think bought those $20 “GEEK” tops from Forever 21? Well, they weren’t necessarily the kids being taunted and called geeks everyday in school. Andrew Harrison wrote in 2013 that a friend told him, “seeing these shirts everywhere was like being beaten up by someone wearing an anti-bullying wristband.” Essentially, it wasn’t the kids (or adults) brutalized at school for being geeks that decided these T-shirts would be a top seller. It was the very people that had terrorized them who made that decision – those people mainstreamed the very terms that some, like Harrison’s friend, still shudder at.

When ‘geek’ no longer means ‘geek.’

Essentially, the term’s connotation has changed because the context has changed. As Thomas Dolby, a Professor at Johns Hopkins University said in 2014, “If you are not a geek, you are a Luddite (referring to people in the 19th-century who resisted the proliferation of technology), and that is not cool.” The intimate and constant presence of technology in our lives has made the knowledge and curiosity of said technology normal, a change from the ‘80s and ‘90s. This, accompanied by pop-culture’s introduction to geek culture through shows like The Big Bang Theory and Silicon Valley, has made the geek something to be celebrated and appropriated.

The blog “Nerdophiles” is just one example of how geek culture has reached a paradox; it’s both exclusive and mainstream. The site is inundated with posts on gaming, TV, books, comics, anime and music – anything that has to do with this once hidden sub-culture. Within these posts however, is the stark reality that events celebrating this culture – like the San Francisco Comic-Con – are growing by the year. The culture is also being flooded with big-budget TV shows like Preacher and Person of Interest, and movies like WarCraft, that just a decade or so ago wouldn’t have been marketed towards a mainstream audience.

This doesn’t mean that the bullying hasn’t stopped however. Dolby, who had a unique ‘geeky’ music career in the 1980s, reiterated, “I am no more comfortable in my geek skin now than I was in 1982.” For millennials however, it’s a bit more complicated because the lines between the fringe and the mainstream is blurred. This generation, more than others, has embraced individuality and fought to create safe havens for self-expression. Yet they are still extremely judgmental. Shelley-Marie Phillips wrote about millennials in 2015:

“We feed on the insatiable need to be different and we become champions against the soldiers of conformity. We fight for the right to be unique, but time and time again, I see people sticking labels and hate, throwing stick and stones…We discriminate against the little things – the petty, the potential and the pointless.” 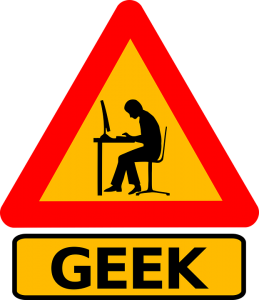 The fact is geeks are still bullied in this non-discriminatory version of society that the millennial seeks to build. Noah Berlatsky believes it’s not just because these individuals are considered geeks however. Gender, class and privilege are important yet ignored factors. In America in particular, “the intersection between class and intellectualism – or geekishness” is difficult to pinpoint. It is these underlying factors that need to be emphasized, because simply saying they’re bullied because they’re geeky isn’t enough. Berlatsky writes, “If you can’t understand the violence directed at you, how can you stop it?”

Then there’s the other problem: individuals bullied for being a ‘geek’ (or just being different) becoming bullies themselves. On the blog, Den of Geek, Simon Brew writes that he was on the receiving end of relentless verbal bullying in school for being ‘a geek.’ At the end of his piece, Brew pleads with his followers, “don’t become a bully yourself…Please: resist that at all costs.”

The most extreme example of this was Elliot Rodgers, the perceived “geeky” and bullied college student that killed six people at the University of California, Santa Barbara in 2014. Rodgers left behind a manifesto that was essentially a “misogynistic tirade against women who had rejected his advances.” An investigation later revealed that Rodgers had untreated mental health problems, and was relentlessly bullied in high school.

Ultimately, some geeks want to salvage their culture from mass consumption. They feel it’s being appropriated and manipulated by the very society that ostracized them for so long – and to an extent, still does. Recently, heated discussions regarding fake “geeks” have been common among bloggers. What makes someone a ‘geek’ now? It used to be your profound passion for something, your intelligence, or your hobbies – now anyone who plays a video game says they’re somehow a geek or a ‘gamer.’ Patton Oswalt believes that there’s only one solution to the current crisis in geek culture, “we need to over-saturate the geek culture to the point where it explodes and we are back to ground zero.”

Author Rob Salkowitz argues we have actually reached “peak geek” where interests, particularly in comic-related products, are waning. With the mainstreaming of geek culture, companies like DC and Marvel altered their products in order to capture the market, but this has led to a situation where events like Comic-Con are sold-out in 90 seconds, but the sales of comic books and other comic related materials are declining annually. These companies are ultimately “having trouble connecting either with new fans or with their old fans, with the catalogue of stuff that they’ve got.”

Oswalt’s suggestion that a self-implosion of geek culture is needed to start anew may actually be in the near future. Besides, fads never last too long. Westerns once dominated the pop-culture landscape – now they’re just films for grandpas and wannabe cowboys. Superhero movies, and other facets of geek culture, may soon return to the underground and once again become the exclusive yet ostracized sub-culture of the past.