Can gay people be “cured” with reparative therapy?

The long answer is one that’s tangled with a history of spiritual, legal, medical and social discrimination against gay, lesbian, bisexual, transgender and queer people.

In recent years, what was once an enormous, loose international network of dubious medical professionals, religious groups and unqualified counselors, has become—through legislation and dissent—a beleaguered, floundering, widely discredited industry.

“The theory that homosexuality is a disorder is not novel but—like the notion that the earth is flat and the sun revolves around it—instead is outdated and refuted,” writes New Jersey Superior Court Judge Peter Bariso Jr. in a ruling made in early February. “The overwhelming weight of scientific authority concludes that homosexuality is not a disorder or abnormal.”

Exodus International, a gay conversion therapy ministry, advertised openly on billboards across the nation before it was shut down

While gay and lesbian identity and same-sex relationships increasingly receive mainstream recognition, Bariso’s ruling marks the first time a US court has found homosexuality is not a mental disorder, reports Mother Jones.

While their beliefs are inflammatory and wrong — homosexuality was removed as a mental disorder from the Diagnostic and Statistical Manual of Mental Disorders (DSM) by the American Psychological Association in 1973 — their methods are, if anything, more controversial and upsetting.

Many gay therapy victims were instructed to wear a rubber band on their wrist and snap it each time he felt attracted to another man.

Bariso describes in his ruling how plaintiffs were routinely stripped and humiliated in front of counselors and other participants, and advised to touch their own genitals in front of counselors. “Organized group activities included reenacting scenes of past abuse,” writes Bariso. “For example, [counselor] Downing instructed Levin [a plaintiff] to select an individual from the group to role-play his past abuser. The selected participant would repeat statements similar to those his abuser had made, such as ‘I won’t love you anymore if you don’t give me blow jobs.’”

Clients were counseled to spend more time at the gym, be naked with their fathers at bathhouses, and to simulate killing their mothers by beating effigies with a tennis racket. Bariso writes: “Another JONAH counselor advised plaintiff Sheldon Bruck to wear a rubber band on his wrist and snap it each time he felt attracted to another man.”

Alan Chambers, President of Exodus International, released a public apology for the psychological harm the ministry caused over the last 37 years. 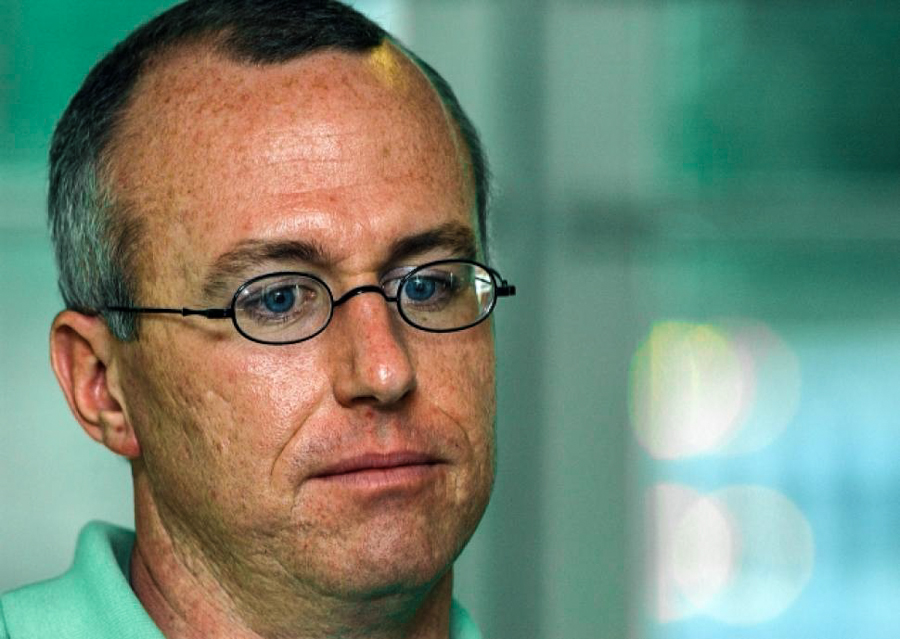 The rubber-band-on-wrist trick was famously employed by Exodus International, an ex-gay Christian umbrella network that sought to “re-orient” same-sex attraction. The organization has been active globally; for example, Exodus board member Don Schmierer attended a 2009 conference in Uganda promoting “shocking abuses of basic human rights,” according to critic Ex-Gay Watch. Exodus president Alan Chambers later claimed the organization regretted its involvement in the conference that significantly influenced the 2014 Uganda Anti-Homosexuality Act, previously called the “Kill the Gays bill.”

If conversion therapy continues to disappoint on an ethical level, it similarly disappoints as a product as well. In early 2015, former conversion therapy “poster boy” and anti-gay activist Randy Thomas, once vice-president of Exodus, came out as gay in a personal blog post.

“I have read many stories of people who have ‘come out again’ or accepted they are gay after some time in the ex-gay world,” wrote Thomas. “Many of their stories are compelling and well-written. But, sometimes I wish they would get to the point right off the bat. Just say it and then tell the story. So that is what I am going to do: I am gay.”

Thomas’ story of the failure of ex-gay therapy is not unique, nor are the potential consequences recently documented in Vice’s “Gay Conversion Therapy” documentary series. The American Psychiatric Association previously found that “the potential risks of [conversion] therapy are great, including depression, anxiety and self-destructive behavior, since therapist alignment with societal prejudices against homosexuality may reinforce self-hatred already experienced by the patient.”

Bariso’s ruling was against several “experts” in the field of reparative therapy, including Joseph Nicolosi, a high-profile proponent for practices featured in Vice’s series. The Supreme Court judge found that the “overwhelming weight of scientific authority concludes that homosexuality is not a disorder or abnormal. The universal acceptance of that scientific conclusion—save for outliers such as JONAH—requires that any expert opinions to the contrary must be barred.” This includes the opinion of Nicolosi.

Conversion, reparative and ex-gay therapy have existed in some form since the days of Sigmund Freud, who believed homosexuality could be cured through hypnosis. While the treatments and consequences range from questionable to horrifying, the practice survives. Lawyer Samatha Ames, featured in Vice’s series, says “To one degree or another, conversion therapy is happening in every state in the country.”

Activists in Canada have also recently been petitioning against the Centre for Addiction and Mental Health’s continued use of “preventative” therapy to discourage “gender variant behaviour,” despite DSM changes in recent years.

Can gay people be “cured” with reparative therapy? That’s not quite the right question to be asking. Does reparative therapy work? Should it be allowed? The short answer, given the overwhelming psychological, legal and ethical evidence, is “no.” Emphatically “no.”