Hippocrates famously stated “Let food be thy medicine and medicine be thy food.”

Turns out medical pioneers, Hippocrates, Galen, and Dioscorides had more than just Greece and badass beards in common—they also knew garlic was as a powerful medicine.

Archaeological evidence suggests that garlic has been in use since pre-history. The first documented evidence of the medicinal use of garlic appears over 3,000 years ago in ancient Egyptian and Greek medical texts—garlic poultices also being found inside Egyptian tombs.

Historically, garlic treated everything from wounds to heart problems to parasitic infections. In fact, with the proper preparation it can help with flushing out toxins, aiding in digestion, fighting cancer, treating respiratory disease and boosting immune system responsiveness.

However, one of the biggest medicinal benefits of garlic is that it is a natural antibiotic and is capable of fighting infections that have come antibiotic-resistant, like MRSA. The allicin in raw garlic is an unstable compound, meaning that it constantly adapts, rendering mutating “super bugs” completely defenceless against garlic.

With the modern Western medical community at large conforming to the “one condition, one cure” mentality, many physicians have not been eager to prescribe a natural medicine stigmatized as an “alternative remedy”. With nearly 3,000 years of documented benefits and a recommendation by Hippocrates, the so-called “Father of Western Medicine”, maybe it’s time to start taking the benefits of natural remedies a little more seriously.

In its raw state, garlic is antiseptic, antifungal and antibacterial, containing allicin, which is produced when the membrane between allin and the alinase is broken.

Garlic can be taken internally for some ailments, and externally for others. Probably the least cringe worthy preparation for internal or topical use is garlic oil.

• Simply peel and crush or chop one large garlic clove.
• You then need a carrier to draw out as much allicin as possible, and to help transport the allicin effectively to the infection site so you will need to use two to three drops of neat vodka.
• Next, place the garlic mixture into quarter of a cup of olive oil in an airtight glass jar, screw on the lid, and shake well.
• Place the mixture in the fridge for at least one to three hours before you use it. 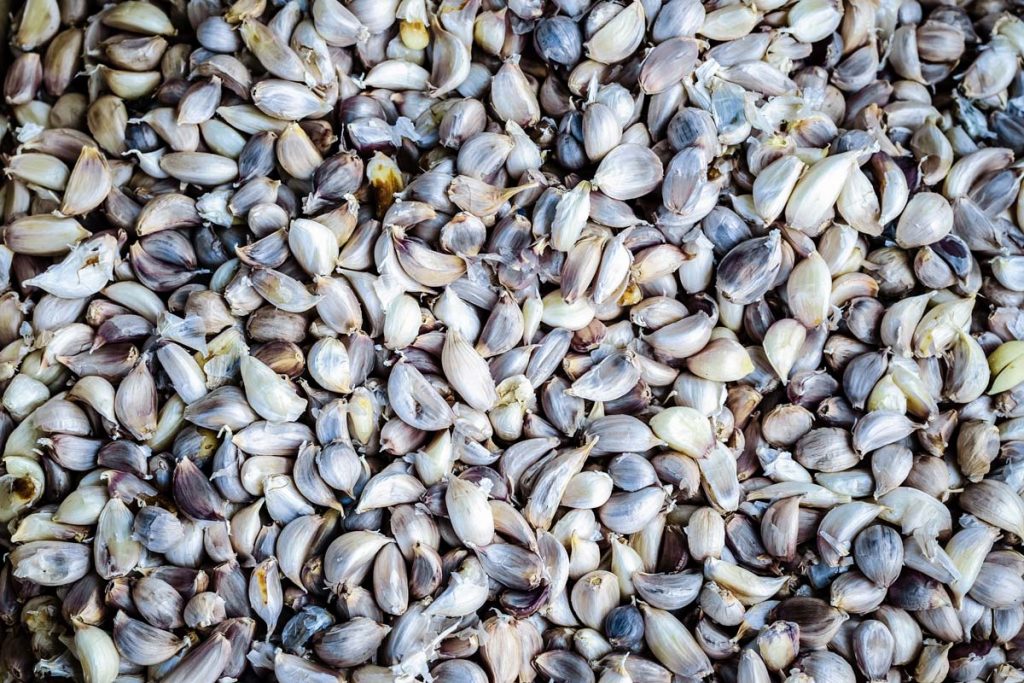 Because your stomach acid kills off some of the allicin, it is beneficial to place the oil into a gel capsule that passes through the stomach and is absorbed into the bloodstream through the intestine. Otherwise, if you can stomach swallowing garlic-infused oil, take a teaspoon daily for general health. For external infections and wounds, for both humans and animals, simply place a little garlic oil directly onto the area three times a day.

• For topical applications, test a very small amount on the affected area to make sure it does not burn – if it does burn, add more oil to dilute.
• Always keep the oil refrigerated – raw garlic and olive oil, if allowed to get too warm, can grow dangerous bacteria, including botulism.
• After 12 hours the allicin begins to break down and is less effective – so you need to make a new batch every day.

In an age where humans are seemingly overwhelmed by chronic conditions and diseases, while at the same time having more access to prescriptions and pills than ever before, maybe its time for a medical movement back to basics. Maybe the answers to some of our largest medical questions lie not with a six-digit surgery bill, but rather with utilizing medicines that are created by the earth and not inside a privately funded laboratory. Maybe getting to the roots of our medical problems can only be accomplished by doing just that—going back to roots.