Being told to stop playing with your food may have been a common request in your home growing up. A saying which usually means to stop merely fussing with your food has been taken more literally for one orchestra in Vienna, Austria. This group, dubbed ‘Vienna’s Vegetable Orchestra,’ performs with instruments made strictly from vegetables.

For 18 years, the musicians have been purchasing produce from local markets for a reason totally outside the norm. Knowing that musical sounds could be made from different veggies (and sometimes fruit), the group started making music first with tomatoes and their creativity and vegetable instruments have just grown since then. 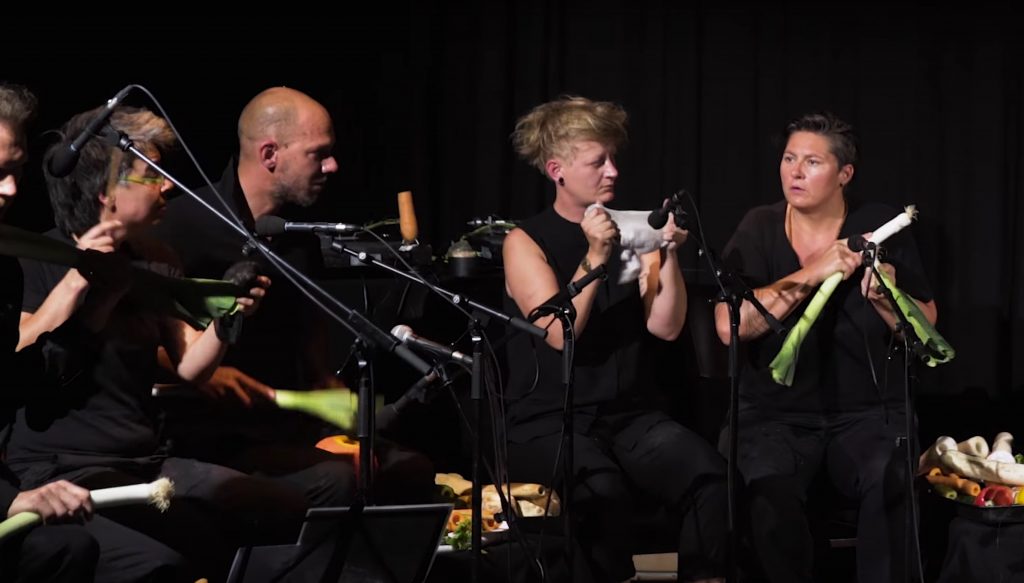 Today, the group goes produce shopping in hunt of three different types of veggies that will make instruments. The first is ‘ready-made’ veggies. These are veggies that can make music right after being bought- like peppers, which can be rubbed together to make a high-pitched noise. The second is ‘simple instruments,’ which can produce music after a few cuts into the veggie. Instead of eggplant parmesan, they use an eggplant to create a banging, drum-like noise by cutting into it from the top a few times. The third type is the ‘complex instruments,’ that actually work the most like conventional instruments. Cinderella turned a pumpkin into a carriage, and this band turns a pumpkin into a bass drum- magical, right? 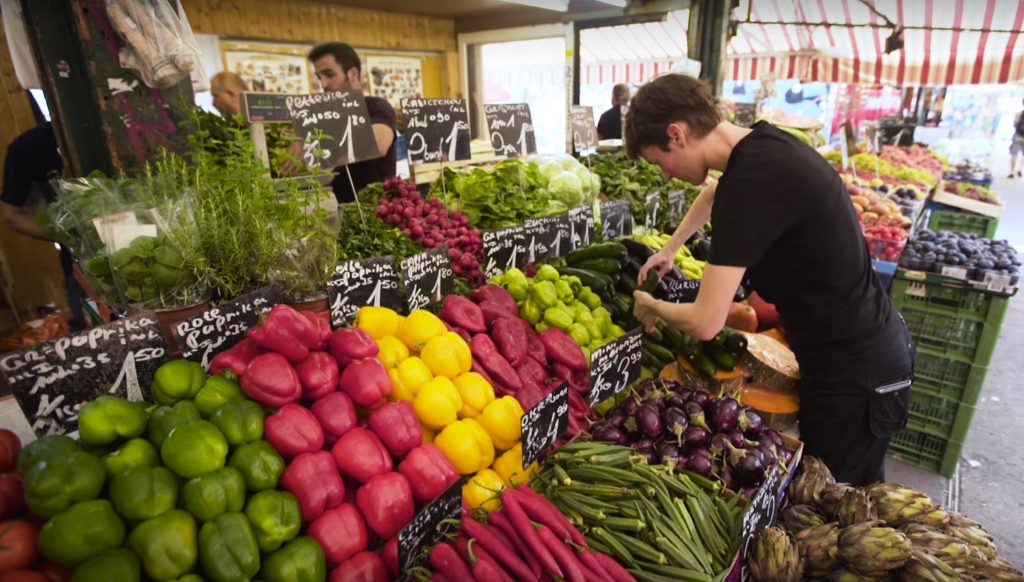 Once the shopping is complete, the group moves on to the construction of the instruments, a process that ranges between 2-3 hours of work. When everything is functioning, sound check happens, which is also time-consuming as the group is constantly adding new musical additions. 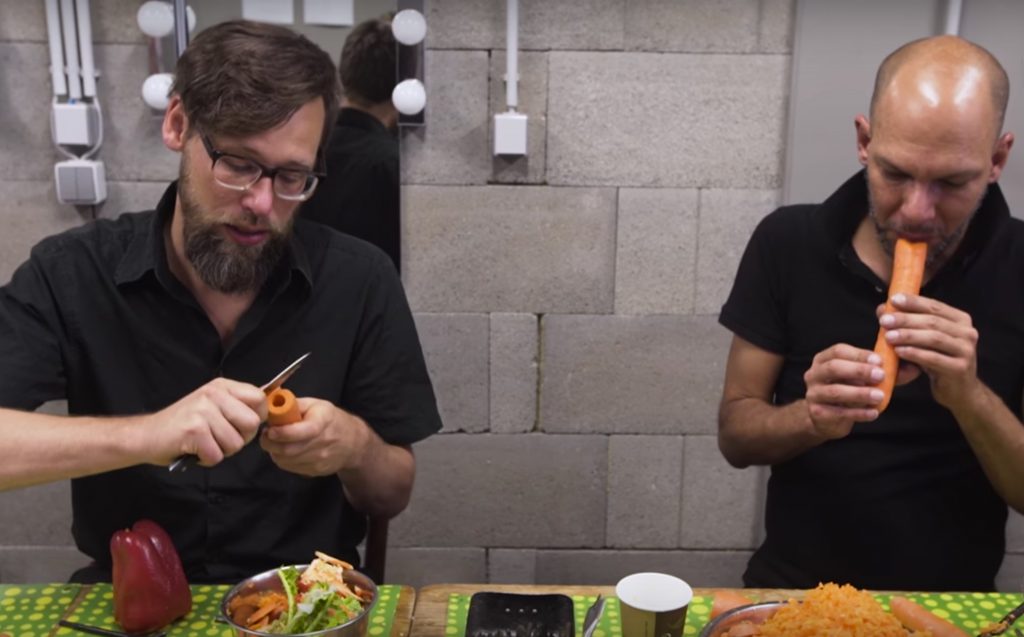 What they consider “vegetable style music,” is actually a sound that is influenced by electronic music, experimental contemporary, pop music, improvised music and everyday noise. Currently the orchestra hosts 11 musicians, one video person and one sound technician that travel around the world to perform 20-30 shows per year.

Creative, musical, and environmentally-friendly? The group is also well aware of the waste that would be produced from making these instruments (and they constantly get ambushed with questions surrounding waste and poverty), and they have answers. First and foremost, as they state on their site, their instruments cause less problems, both environmentally and financially, than conventional instruments, while also being biodegradable.

More so, while the instrument construction is being done, the group uses the remaining veggies to make a soup to serve to the audience after the show, to lessen waste and heighten enjoyment. After experiencing one of these shows, you may actually be tempted to ignore a parent’s request to stop playing with your food, and actually play with it a bit more.

Give the orchestra and its different sound a listen below.