Freedom or Death in the Granite State: Clinton is trying to guilt feminists into voting for her

On the morning of the New Hampshire primary, rumours were circulating that Bill Clinton had been angry about the way the campaign was being run. That poorly timed leak led everyone in the media to believe that someone was going to be booted off the tour bus and Hillary herself followed up on the rumours with a well-practiced promise to look into it.

In the meantime, I was back on the road and my phone was ringing throughout the day with e-mail solicitations from the last rally where I mistakenly gave the Clinton people my information. For the next few days I experienced what it’s like to pledge your support as I received e-mail messages penned by everyone from Chelsea Clinton to James ‘The Ragin’ Cajun’ Carville, telling [insert supporter name here] that, “Hillary needs you,” to stop these, “whackadoodles” on the Republican side.

At this point, the campaign looked to be one ’90s political cameo away from giving Carville back his old seat as the Clinton campaign manager, and everyone might even be better off for it. Struggling to inspire enthusiasm in voters who are too young to remember the days of Slick Willy Clinton, a shot at nostalgia with the man who saved Bill’s campaign in ‘92 might be just what they’re looking for. But it’s getting quite hard to tell which Clinton is actually running when the rallies have begun to feature busloads of Arkansas seniors who’ve travelled thousands of miles to watch the opening act.

It’s getting quite hard to tell which Clinton is actually running.

Bill had been on the stump all weekend to defend his wife and her supporters against a group of online fools referred to as ‘Bernie Bros’ and known for comments like, “Their vaginas are making terrible choices!”

“[P]eople who have gone online to defend Hillary, to explain why they supported her, have been subject to vicious trolling and attacks that are literally too often profane, not to mention sexist, to repeat,” the former President said.

Yet while some openly mocked the idea of letting Bill loose on the trail to defend women, all the talk of sexism was overshadowed by his former Secretary of State Madeleine Albright when she urged young women to vote and reminded them that, “There’s a special place in hell for women who don’t help each other.”

So the rally on Monday morning at Manchester Community College was filled with Clinton supporters trying to explain to themselves why Albright didn’t actually mean that all women who support Bernie Sanders are going to hell.

“She says that line all the time,” one Clinton supporter suggested. “It was taken out of context. I think young women are supporting Bernie Sanders because they’re young. They haven’t experienced enough to really know the glass ceiling that exists in America.”

Forced to go on the defense against a group of voters everyone assumed would be handed to her, Clinton’s campaign has become the story of a candidate who has continuously failed to hit a moving target and guilting women into voting is definitely not the solution. The idea that women ought to support her because she’s a woman who can naturally understand their struggles reduces the female vote to a single issue, ignores that there is very little difference between the candidates on women’s rights and overlooks Sanders’ long history as a civil rights advocate. 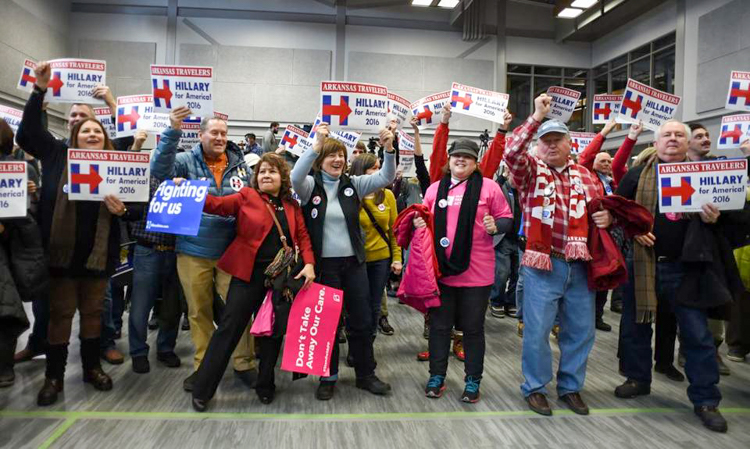 As far as women’s issues go, there are two good options to choose from in this campaign. But Hillary is suffering from a trust issue, and it goes both ways, as more voters are getting the feeling that Clinton is the overbearing mother who doesn’t think her children are quite ready to leave the nest without the help of someone who’s experienced.

But don’t feel too sorry for Hillary, after all she was smiling on the night she lost nearly 60 per cent of the female vote in New Hampshire and one close look at the machinery shows exactly why. When the polls came in on Tuesday night, by all natural standards Hillary lost big-time – by more than 20 percentage points – but the number of delegates awarded to each candidate was dead even: 15 to 15. All thanks to a bizarre system, which allows for something called superdelegates.

And what the hell are superdelegates? A proper explanation could very well put everyone involved into a boredom-induced coma and is likely the reason that other countries keep their own version of this process away from television cameras.

Each state, which has its own set number of delegates, divides them between the candidates based on how the numbers come down on the day that their citizens vote. They then send these delegates to the party’s convention in July where they are pledged to vote for the candidate who won their state’s loyalty — in New Hampshire’s case, Bernie Sanders.

Unless, of course, they’re Democrats, who designed a system in the early 1980s which allows for party elites to attend the convention without having been elected to do so and remain unpledged as ‘superdelegates’ who can vote for whoever they want.

The entire system is absurd and confusing enough to think that it may be in some shady people’s best interest to keep it that way. In fact, you might even think that the whole thing is rigged as an insurance policy in case it looks like the people might nominate a candidate the party doesn’t like.

The official explanation of this absurd loophole, according to the Democratic Party, is that they don’t want the establishment, who has been in the party for years, to compete with newcomers who were recently elected. But this doesn’t explain why the party elite are allowed to be free agents, rather than voting for the candidate their citizens prefer.

It’s also worth noting that the Republican Party’s superdelegates are bound to vote for the candidate their citizens chose.

So when we burrow through all the confusion the final tally for delegates – and the score that really counts – after Iowa and New Hampshire is:

By the time polls opened on Tuesday morning, Clinton had already secured the support of over 300 superdelegates around the country. And when she paraded former New Hampshire Governor Jeanne Shaheen in front of a cheering crowd at Manchester Community College she was showing off a New Hampshire superdelegate she’d won before the first ballot was even cast.

Sanders has a tough battle ahead. Several southern states, where Clinton is expected to do very well, will be voting in the coming weeks. But the wildest thing about the superdelegate system is that they could decide to leave Clinton for Sanders at any time, the same way they left her for Barack Obama. In 2008 Clinton won a majority of the vote, but lost because the superdelegates tipped the scales in Obama’s favor. If the race remains as close as it has, superdelegates could be the deciding factor and if Bernie manages to build momentum, he could convince the delegates to switch sides and change the whole course of the election.

Several southern states, where Clinton is expected to do very well, will be voting in the coming weeks. 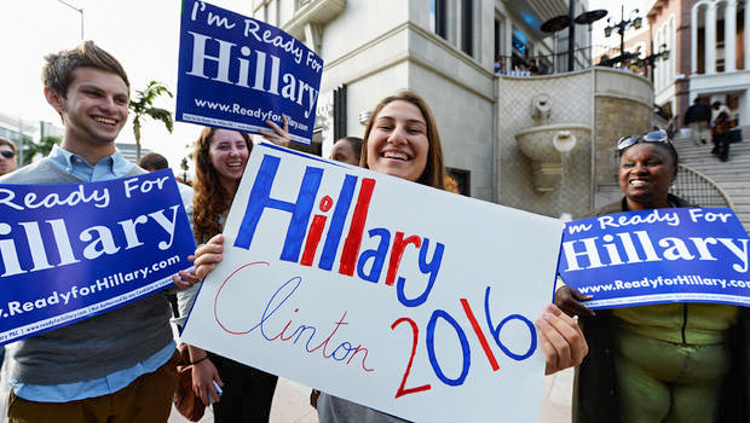 Against these odds when the disheveled Senator says, “we need a revolution” it’s not just political hot air. He means it’s all or nothing. He is admitting he will fail if there is not a fundamental change in the machinery and the way we all interact with politics.

At the same time, Clinton is promising compromise, something that Washington badly needs if it’s going to be business as usual. 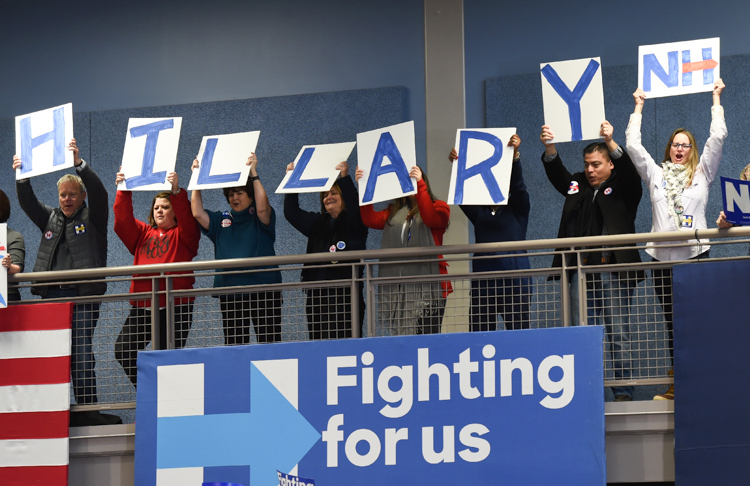 Those who side with Sanders have to make a commitment to be more politically active than they’ve ever been. While those who side with Clinton have to accept that you can’t have it all, and decide whether they trust Hillary to choose what’s worth fighting for.