It’s not every day you get to start a drug lab in a former prison. Last week the Coalinga City Council voted 4-1 in favour of selling the Claremont Custody Center for $4.1 million US to Ocean Grown Extracts, a California producer of medical-grade cannabis extracts. The company plans to turn the abandoned corrections facility into a giant cannabis oil factory.

After the vote, Ocean Grown Extract owner Casey Dalton told reporters she was very pleased with the decision. “We’re thrilled to be able to offer 100 jobs and make safe medicine available for patients,” she said. “We appreciate Coalinga taking a chance not only on us, but on the industry.” 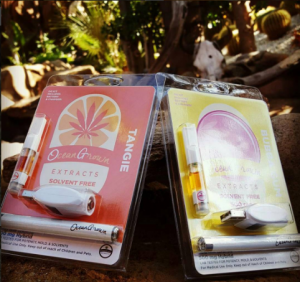 The decision came after six months of intense public debate. All of the office’s 33 public seats were filled as City Council voted on the motion. “It’s like the Grateful Dead said: ‘What a long, strange trip it’s been,’ ” Coalinga Mayor Patrick Keough told reporters after the vote. “We listened to the citizens and created a package that was reflective of our population.”

The sale comes at a convenient time for the town. Coalinga, Calif. is close to $4 million US in debt. It’s just another example of how cannabis producers and state legislators have come together to solve problems. And all without the help of the federal government.

Measuring up at 77,000 sq. ft., Claremont Custody Center isn’t your average weed grow-op. Ocean Grown Extracts estimates that, when the kief settles, the building will create somewhere around 100 new jobs for the town. And these numbers don’t even take into account the comparatively high tax rates for medical marijuana businesses in California. Additionally, state legislation has introduced a bill which, if approved, would impose a $9.25 US an ounce tax on the cultivation of medical marijuana. So far, the legislation has passed with strong support in both the Assembly floor (60-12-8) and Senate (5-1-1).

But Coalinga, Calif. isn’t the only place cashing in on the cannabis market. Trinidad, Colo. is another success story. The town was hit hard in the 1980s when its coal mines shut down and companies left the once-booming industry hub. The Pepsi plant shut down. Infrastructure began to fall apart.

Enter cannabis. In November 2014, Trinidad, Colo. opened up it’s first medical dispensary. The results were staggering. City officials estimated the industry would bring about $200,000 US a year in revenue. It made $800,000 US. “We said, ‘Alright, this is not the big problem we maybe thought it could be,” explains mayor Anthony Mattie. In a similar fashion to the Claremont Custody Center, business owner Robert Schultz converted the town’s abandoned Pepsi factory into a recreational marijuana shop.

But how, exactly, is all this all above board, you ask?

It’s complicated. Cannabis is still illegal under federal law, however certain states, such as California, allow people to purchase cannabis with a doctor’s recommendation. But don’t assume that Ocean Grown Extracts isn’t taking a big risk. Part of their agreement with the city states that they are solely responsible for any legal issues with individuals, law enforcement or the U.S. government that they face. 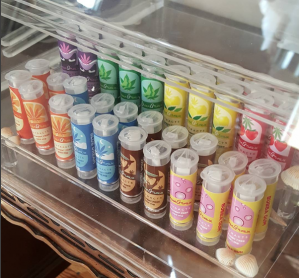 Despite California being the first state to allow medical marijuana (back in 1996), it still hasn’t been able to join the ranks of Alaska, Colorado, Oregon and Washington as a state with fully legalized cannabis for both recreational and medical use. It won’t have to wait long for it’s next chance though, as the California Marijuana Legalization Initiative will be on California’s ballot during the next federal election on Nov. 8.

With the sale of the Claremont Custody Center, however, comes another question. How much of the prison will be left intact and how much will be renovated? We have to imagine it would be quite daunting, as a producer of drug that’s still illegal on the federal level, to walk into a renovated prison every day to go to work.

And just how will property sales like this affect other towns with booming cannabis industries plagued by issues like crumbling infrastructure or nagging debt? Only time can tell, but their legislators would do well to keep a close eye on how Coalinga’s project turns out. The collaboration (and taxation) of cannabis producers and their local, state legislators remains yet another complex social issue raised by the increasing number of federal, state and local cannabis laws in contradiction of each other. But the times certainly are changing.