Fish guts. They smell terrible, look gross and have that slimy texture that makes you consider cutting off your hand after having touched them. How then, are several entrepreneurs making money off of this stuff?

The answer is upcycling, the act of turning discarded objects or materials into something profitable. In this case, the discarded material is seafood waste. And there’s an estimated nine hundred million kilograms per year to go around, most of which the fishing industry throws back into the ocean.

But dumping fish guts into the ocean buries living sea creatures and sucks up oxygen as it decomposes, leaving none for the creatures in the surrounding area. The waste also introduces disease and foreign species to an underwater ecosystem. Overfishing is already a global issue, so adding problems for the sea creatures should be the last thing on humanity’s to-do list.

Entrepreneurs are making money from upcycling fish guts, taking away from some of the waste that is dumped into the ocean and ruining ecosystems.

Some entrepreneurs have decided to rise to the challenge by turning seafood waste into usable products. Currently, the most common things made form seafood waste are fertilizer and fishmeal, but as the story goes with entrepreneurs, there’s always progress to be made.

An upscale upcycling example comes in the form of a salmon skin wallet from a company called Tidal Vision. The best part? It doesn’t smell like fish. The Alaska-based company aims to prove that upcycled fishing byproducts can be attractive to consumers, and they’ve done it. Their $17,500 Kickstarter goal was surpassed in just 24 hours.

On top of tackling fishy fashion, the company is working towards a more environmentally friendly solution to extract chitin from crab shells. The current method uses skin-eating sodium hydroxide to extract the chitin, which is made into chitosan. The chitosan can then be further processed into antibacterial yarn and fabric. One of the byproducts of their method is eight-percent nitrogen organic fertilizer. 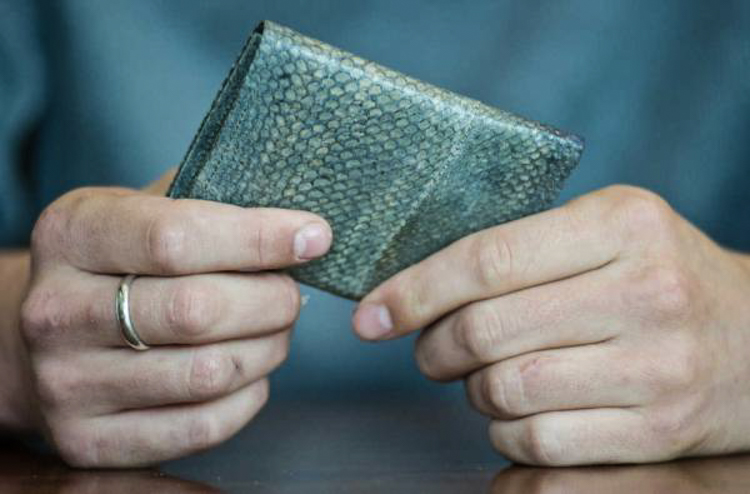 Another company, called SabrTech, is using fish waste to grow algae to reduce fish mortality and to purify wastewater. Farmers pump water from their fish pens into the ‘RiverBox,’ where ten algae-filled shelves purify the water by removing nutrients from it. The algae can be harvested for use as fish food, bio-fuel or fertilizer. The company is currently conducting a pilot test in Southeast Asia, where the technology is expect to greatly benefit fish farmers.

Our final fish-gut gatherer is a company called HealthyEarth. Of these three companies, they’re most involved with fish guts. Near Tampa Bay, mullet are caught for their eggs, but the rest of the fish is discarded. Recognizing that as an issue, HealthyEarth started a Fishery Improvement Process (FIP) aimed at sustainability. To do this, the company plans to collaborate with local fisherman, the Florida Fish and Wildlife Service, and an independent marine research centre called the Mote Marine Laboratory to build an eleven million dollar processing plant. In addition to processing the fish eggs, the facility will have the capability to extract omega-3 fish oil and process the rest of the fish into fishmeal or fish feed. HealthyEarth also plans to offer shares of the processing plant to the local fishermen and pay them premiums for their catches.

Fish guts may seem useless, but people who are striving to help the environment and succeeding open up a world of possibilities for managing the waste created by almost every industry. It’s an excellent example of making nothing into something and of finding value hidden where it’s least expected. If fish guts can be built into a business, anything can.

SabrTech and HealthyEarth also use fish waste in an environmentally friendly way to open up the doors of possibility on how to manage the waste created by several industries. 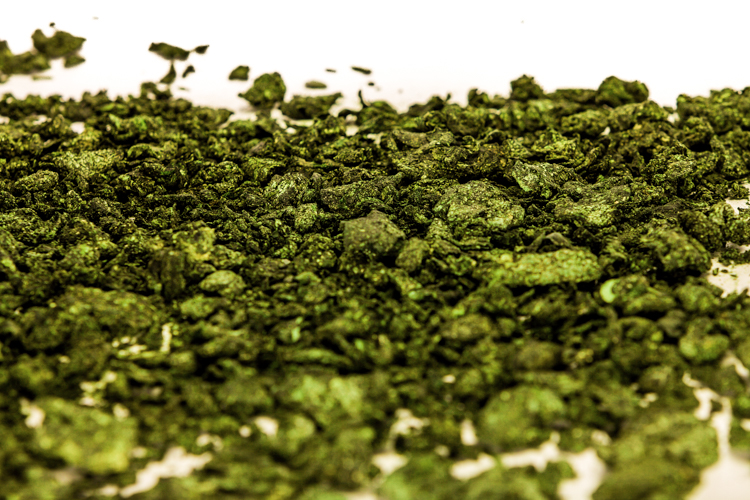