Donald Trump is about to be the next President of the U.S. This is what we should learn from it.

BY: NADIA ZAIDI
Like it or not, Donald Trump is going to be the 45th president of the United States.

Trump’s journey into power may be the most contentious outcome in modern American politics. From media frenzy to civil outrage, the notorious President-Elect’s bombastic statements and inappropriate behaviour have ignited a climate of fear.

Resistance may need to fade into acceptance if the nation wants to move forward and towards unification.

But what good can come out of a decision so detrimental to have upended the fabrics of a country that long chose to ignore its fraying threads?

Perhaps the biggest irony facing the United States is the responsive participation post-election. A country so boastful about its electoral process and liberties now finds itself asking why its citizens didn’t exercise their right to vote.

As the country stands naked, anguished by its decision to elect a stooge with a defective moral compass, it now asks what went wrong. The answer has never been clearer in the minds of Americans: Trump.

But no, dear American. It’s time to accept your truth.

America is a broken mirror hanging by the cracks. It is fragmented, confused, conflicted. 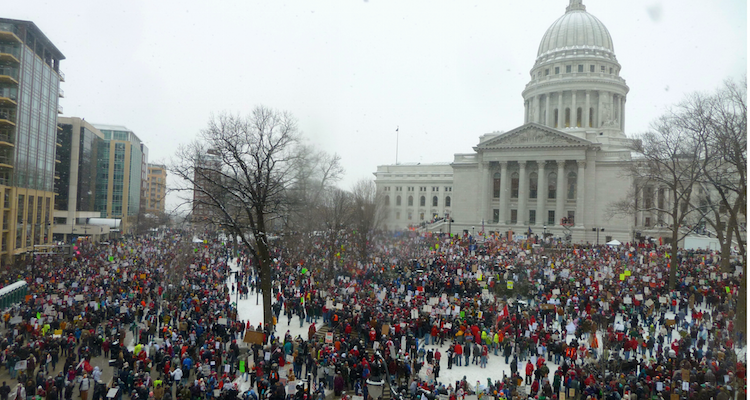 Trump’s rhetoric is divisive. His provocative, blanket statements are ludicrous. He lacks decorum and diplomacy, among other things.

Yet he’s the leader they elected: both those who voted, and those whose silence inevitably casted his ballot.

The media tirelessly agonizes over his semantics and disparaging propositions. But labelling him as reprehensible is the equivalent of saying the sky is blue – it’s apparent.

Americans must accept the disparities that have long existed and let this painful reality serve as a teaching moment. Trump is a reflection of their worst problems, and he must ultimately serve as a solution to ending them.

This is what we must take from his election: