When Chen Xinyin was only seven years old, he suffered an electric shock, causing him to lose both of his arms. Despite this setback, he continued to work on the family farm and help around the house wherever he could. When he was 20, he suffered another major loss: his father died, leaving him alone to care for his ailing mother. Since losing his arms, he has learned to farm, weave baskets, cook and take care of his mother by relying on the rest of his body. 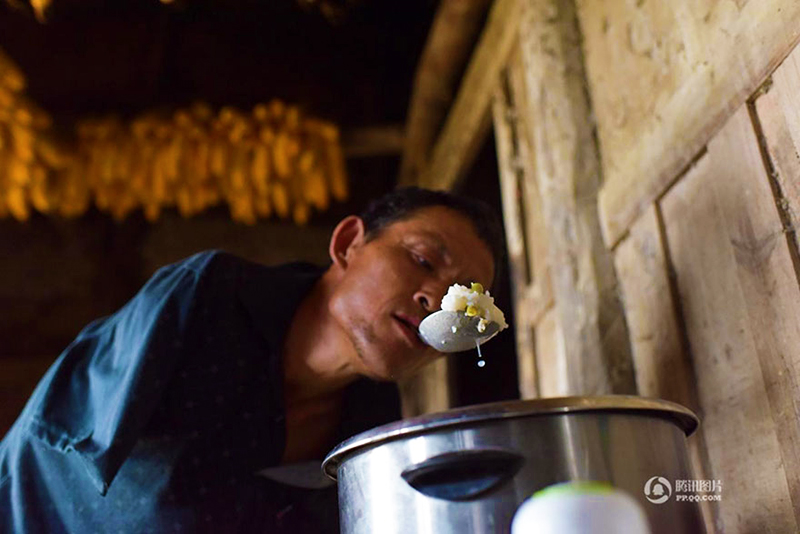 As Xinyin’s mother’s health began to rapidly decline, someone suggested that he consider begging for money so that he wouldn’t have to work on the farm. According to the Daily Mail, Xinyin angrily refused, stating, “I have no arms but I have good feet.” 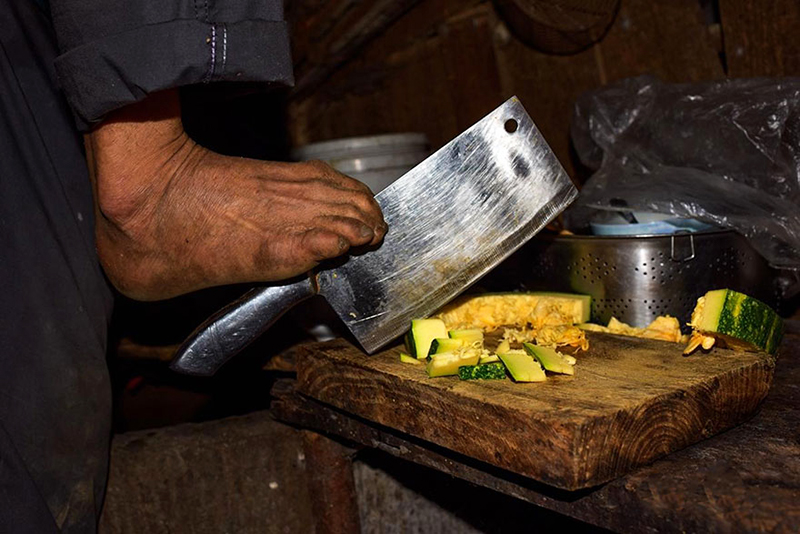 Since 2014, Xinyin has been taking care of his 91-year-old mother full time. In July 2015 she became paralyzed, making her care requirements even more difficult and demanding. He has learned to cook for her and even feeds her using his teeth.

Despite the challenges that Xinyin faces on a daily basis, he has never given up. He is adamant about doing things himself and will even help his neighbours in their times of need. Xinyin is the epitome of hard work and perseverance.