Detroit is decomposing: The beauty in decay (Photos)

He stood alone with a mammoth building looming behind him. There were puddles at his feet. The sky was slowly clearing up as beams of sun pierced through languid clouds. His dark sunglasses, well-kept mustache and military-grade buzzcut were a part of the uniform. His nametag read “J. Dubois” and he was the sole police officer on patrol at the Michigan Central Station, a relic of Detroit’s storied past, closed to the public in ’88. Day in and day out, he protects the relinquished building with zeal. And he is proud of his job, but more so, his city. 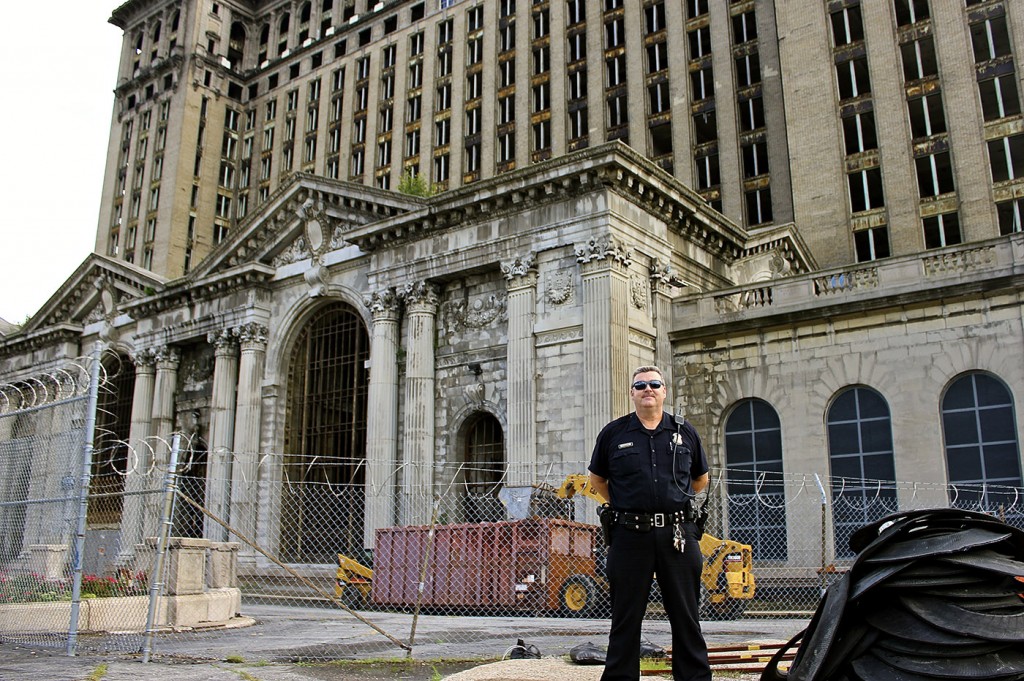 I was in Detroit a little while ago. In fact, I was there only a few days after the once-booming city declared bankruptcy.

And it was one of the most interesting, most hopeful cities I’ve visited in recent memory.

Now, there are endless arguments that intelligently outline the various, intertwined reasons for Detroit’s current happenstance. You have weighty arguments about deep corruption. Just turn to former mayor Kwame Kilpatrick who brought Detroit to its knees with his deep-seeded extortion and fraud. The crimes he committed during his two terms as Mayor of Detroit range from perjury to assaulting a police officer until being forced to resign in 2008. 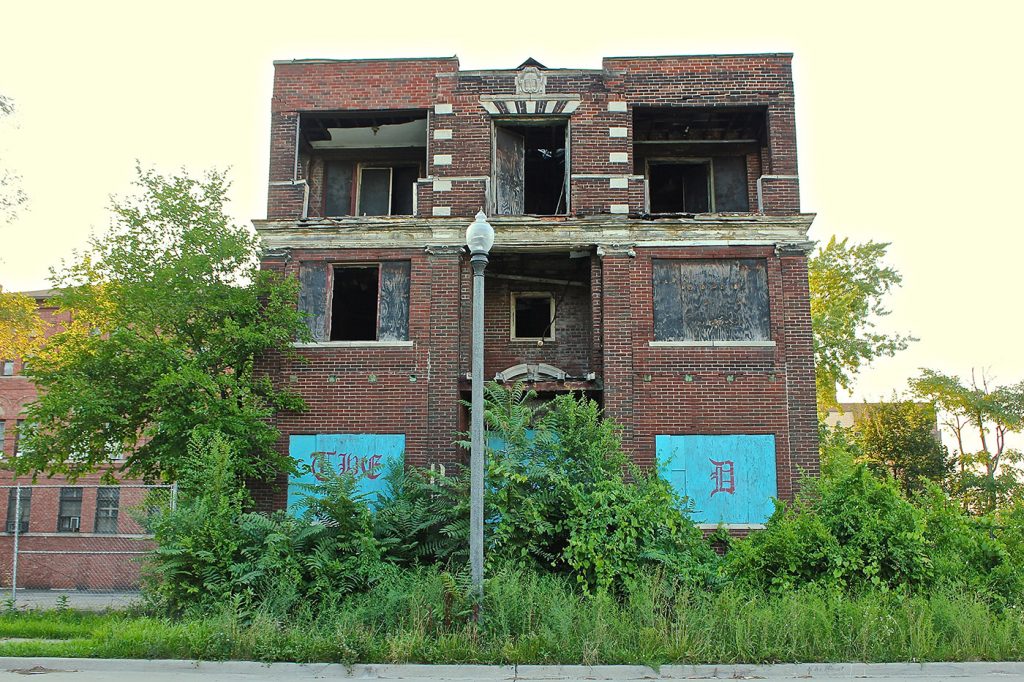 There are arguments about systemic racism and “White Flight,” the notion that large amounts of white residents moved out of an ethnically diverse city into the suburbs. There’s the well-referenced shift in the motor industry and The Big Three (Ford, Chrysler and General Motors) leaving the city behind still counting with their fingers. Oh, and let us not to forget about the rampant crime that riddles the city.

I’m not going to purport to be an expert in any of this, so I’m simply going to show what we saw in Detroit firsthand. After all, you cannot know a city through a Google search.

The best time to rebuild is when you hit rock bottom. Detroit did file for Chapter 9 Bankruptcy, estimated at $18.5 billion – 20 billion on July 18th 2013. 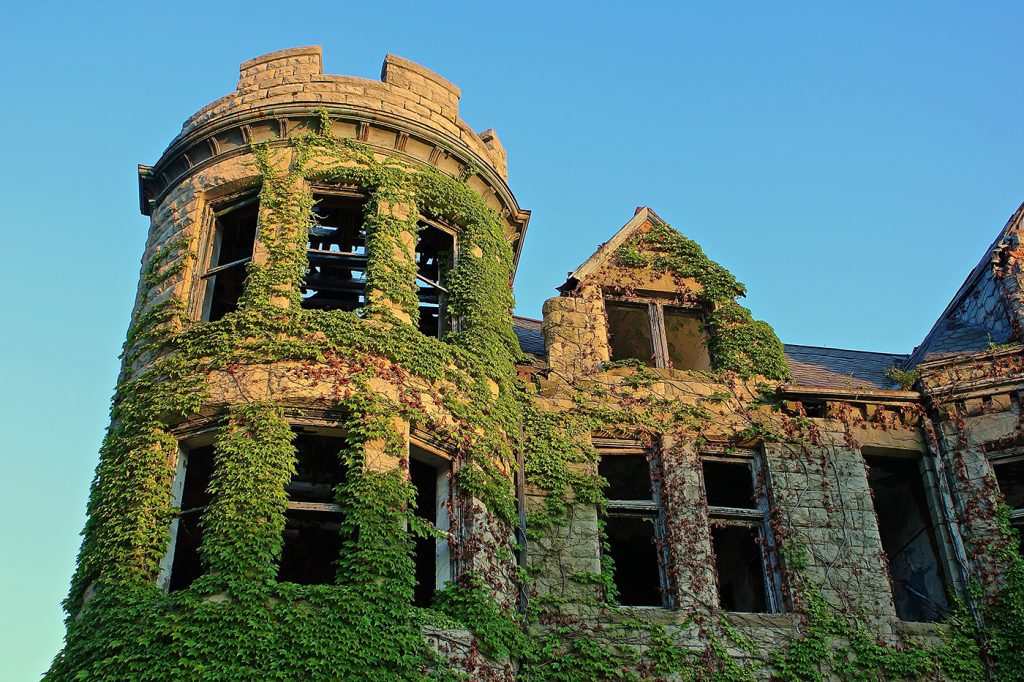 Detroit is empty. Not just countless abandoned buildings that riddle the city—literally, there are post-apocalyptic buildings around every corner—but people wise. The city that once had 1.8 million strong in the downtown core is now around the 700,000 mark. Many of the traffic lights just blink absentmindedly, as a reported 40% aren’t working. The roads are in pretty rough shape, making driving akin to playing Mario Kart. And when you enter a neighborhood you shouldn’t be in…you get the drift pretty quickly.

But let us not forget its glories. We’re talking about Detroit Rock City, the origins of Motown, Motor City here; this is the bloody birthplace of the car, and, oddly enough, the typewriter! All wounds take time to heal (although a 20 billion dollar Band-Aid should help). 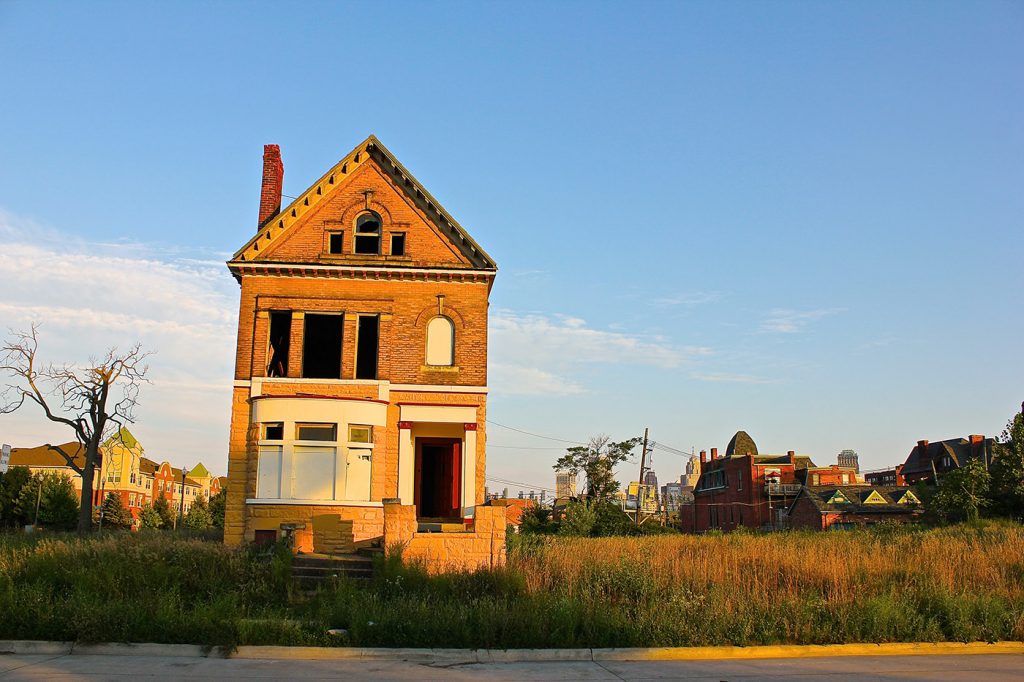 I love Detroit. Having visited it numerous times when I was an English student at the University of Windsor many a year ago, I feel that Detroit is in a better place today. The people are in it together. And it’s in the air. A thundering resilience that’s almost palpable.

Walking down the street, everyone is outright gregarious, nodding at one another or ready to chat. And its residents are damn proud of Detroit, and for good reason. But for it to come back to more than a shell of itself (and to be realistic, we’re not talking about Detroit in its ‘50s heyday), it’s going to need to make areas safe first. Emergency response time is over an hour for serious emergencies. That won’t do. And when arson hits, there’s no hope for those buildings, many of them dripping with heritage.

When we were first entering Detroit, the border guard looked at us incredulously when we said we were going to Detroit for a vacation. She then told us to be safe and to get the ribs at Slows Bar-B-Q, a Detroit trademark. We did both.

And we’ll be back to do it again. Everyone loves an underdog. 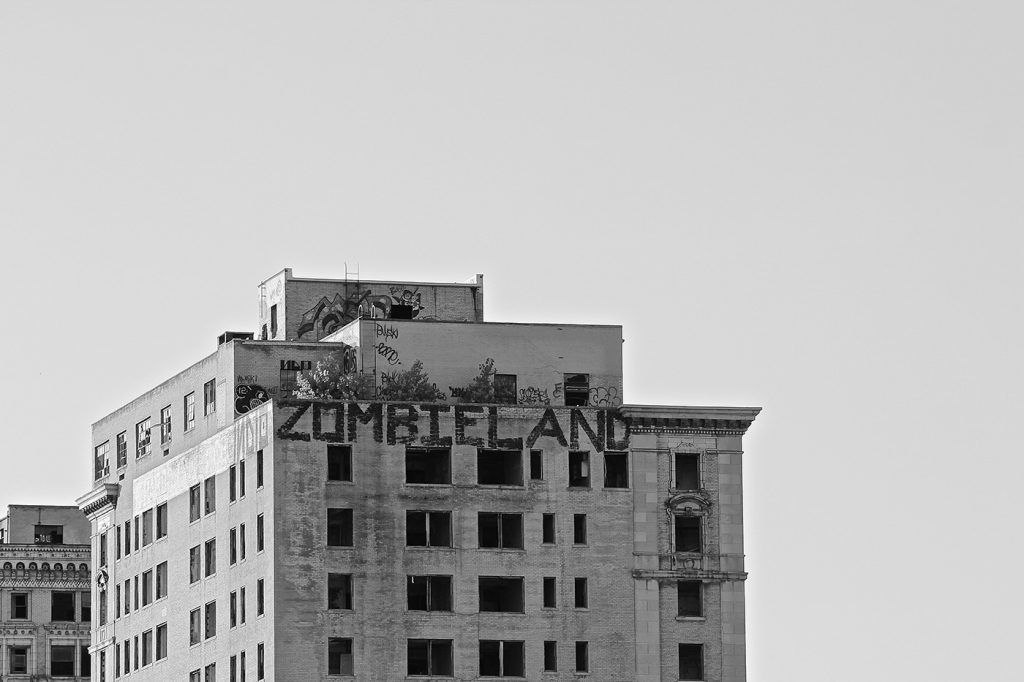