What is it about North America’s antiquated, puritanical, prudish and tight-assed attitude towards women’s breasts? Why is it still taboo to even open up the topic? Fuck, it wasn’t long ago – 2002, to be exact – that the then-United States Attorney General, John Ashcroft, kicked up a fuss about being photographed in front of the half-naked Spirit of Justice statue in Washington, D.C. The 12-foot tall aluminum statue, depicting Lady Justice with one breast exposed, had to be covered over. It’s a fucking statue.

While most of the rest of the world has moved on, many of us in Canada and the U.S. are stuck in some kind of Victorian era time warp, and it was recently all the topic of idle twaddle when three sisters from Kitchener, Ontario, went for a warm summer evening ride on their bikes, topless. But the long arm of the law was having none of it. Saddled with indecision as to whether he should go after some criminals or pull over three very suspicious and dangerous looking girls on bicycles, one of Canada’s undaunted men in blue pulled over Alysha, Tameera and Nadia Mohamed and told them to cover up. But the sisters were having nothing of it. They know the law, and since 1996 the law in Ontario allows women to appear topless in public, and they were not shy in bringing the officer up to date. The officer did in fact back down, explaining that he really stopped the girls to check that their bikes were in good working order.

Anyway, the three sisters were a bit pissed off, to say the least, and they organized an impromptu Facebook march – the “Bare with Us: Top Freedom Rally” – to support the rights of women everywhere. “We invite all people of all genders to march with us revealing as much or as little of their torso as they feel comfortable (please wear sunscreen though) in solidarity to support women’s right to be topless in public, and also to show support for desexualizing women’s breasts…”, read their Facebook page. Hundreds of supporters, men and women, joined the rally, with one light-hearted marcher carry a placard that read, “They’re boobs not bombs! Chill out!”

You can watch a brief video of the rally. It’s a start.

Alysha, Tameera and Nadia Mohamed were riding their bikes, celebrating their right to go topless in public, when they were pulled over by a police officer and told to cover up. 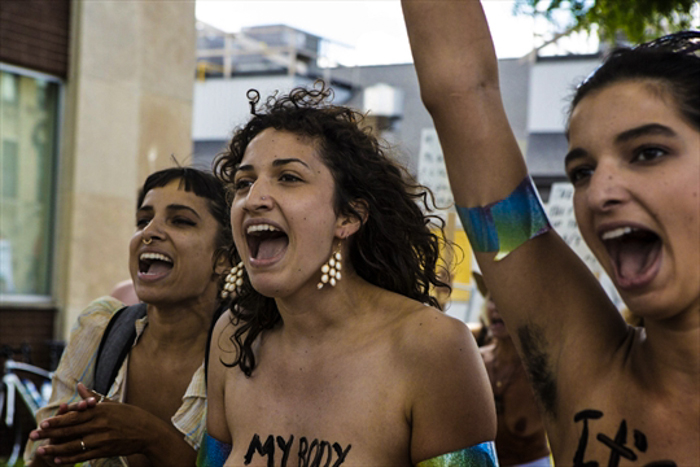 This spurred them to organize an impromptu Facebook march – the “Bare with Us: Top Freedom Rally” – to support the rights of women everywhere. 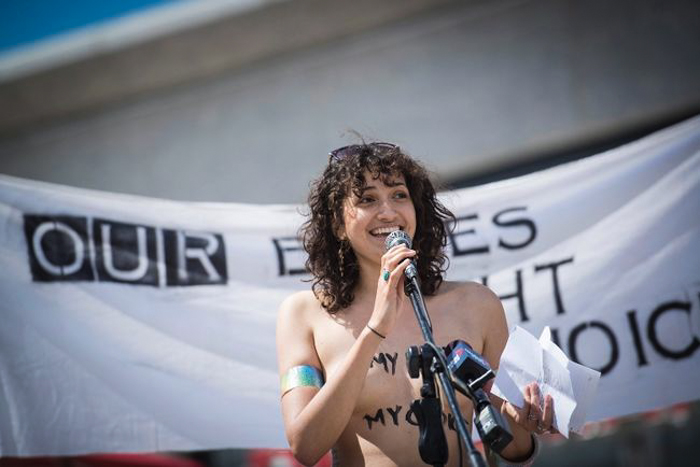 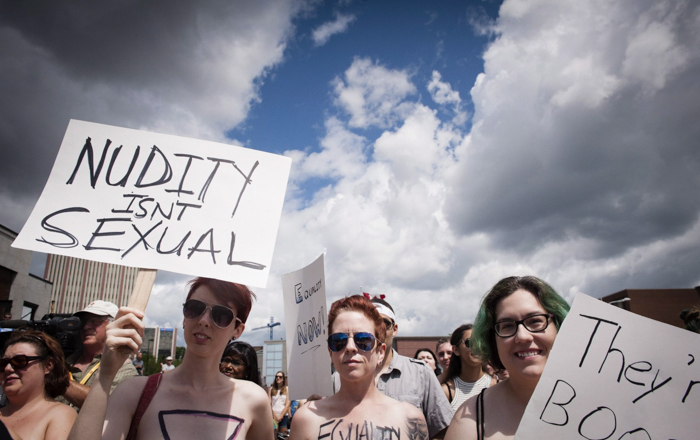 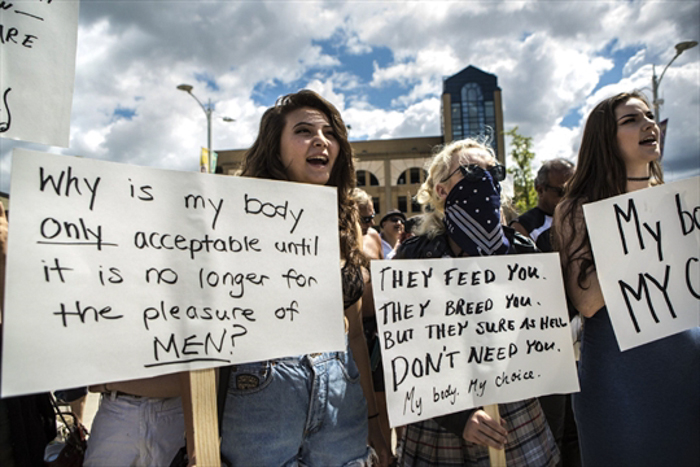 “We need to get people to see breasts in a non-sexual manner,” said Nadia Mohamad. 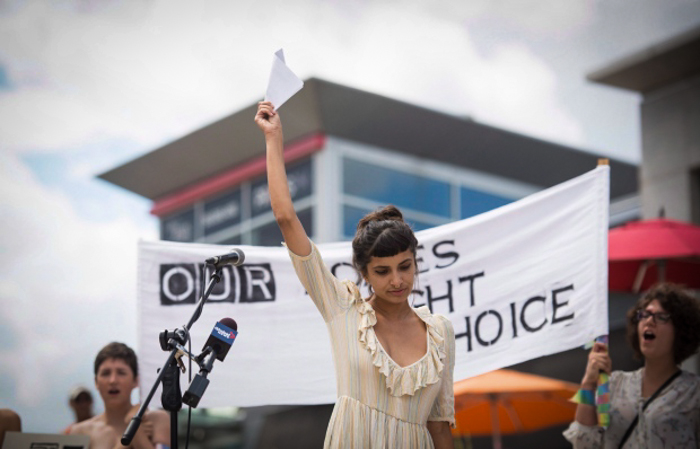 In 1996 the Ontario Court of Appeal overturned the conviction of Gwen Jacob, a university student who went topless on a hot summer day in 1991. She wonders why people are still so disturbed by the female breast. 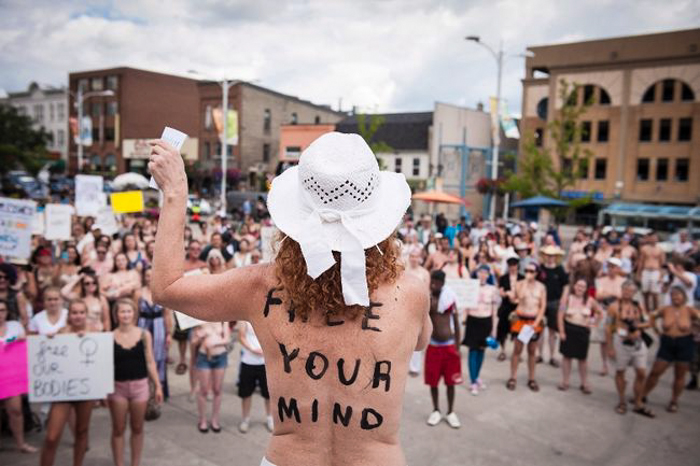