It’s been nearly 22 years since Outside magazine published Death of an Innocent, the story of a young man who left his home in a suburb of Washington D.C., travelled across the U.S., and disappeared into the Alaskan wild. Printed in bold on the 1993 issue of the magazine, it said, “On April 28, 24-year-old Chris McCandless walked off into America’s last frontier hoping to make sense of his life. Four months later, he was dead. This is the story.” McCandless lived out of an abandoned bus alone in the bush for months before getting hit with the illness that would cause his death. The story, written by Jon Krakaeur, is better known in its expanded version: Into the Wild, a book published in 1996 which has sold over a million copies and has become required reading in schools across the U.S. and Canada. It was later developed into a movie in 2007 directed by Sean Penn.

Candice McCandless poses beside the bus where her brother, Christopher, passed away. 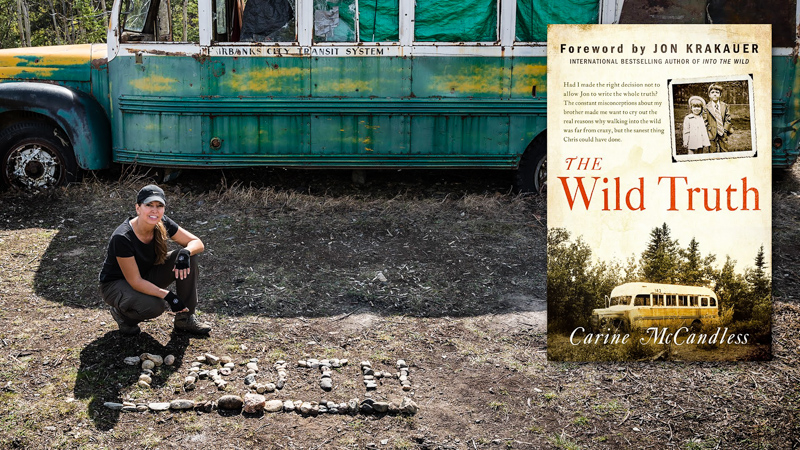 And though it’s been over two decades since Outside first captured the attention of readers, details of the story have been hidden until now. Christopher McCandless’ sister and close confidant, Carine, has just come out with The Wild Truth—a book which tells of abuse and violence inside the McCandless household. The book went on sale November 11.

Carine speaks of what drove Chris to leave home. “It wasn’t just the pull of his love of nature, it was the pushing away, this distance he felt he absolutely had to have and the separation from his past,” she said in a radio interview with CBC.

“Whenever we would hear elevated voices and slamming doors, Chris would grab me and get me out of the house and it was always an outdoors escape.” She says that when they didn’t get out, they would be called in to witness. According to her, the violence was usually directly related to the quantity of gin drank by their father. It was a poisoned upbringing and one that was often pinned on Chris. As the firstborn child, he was supposedly the reason his parents stayed together.

Chris McCandless poses for a self portrait with a porcupine before he died in 1992. 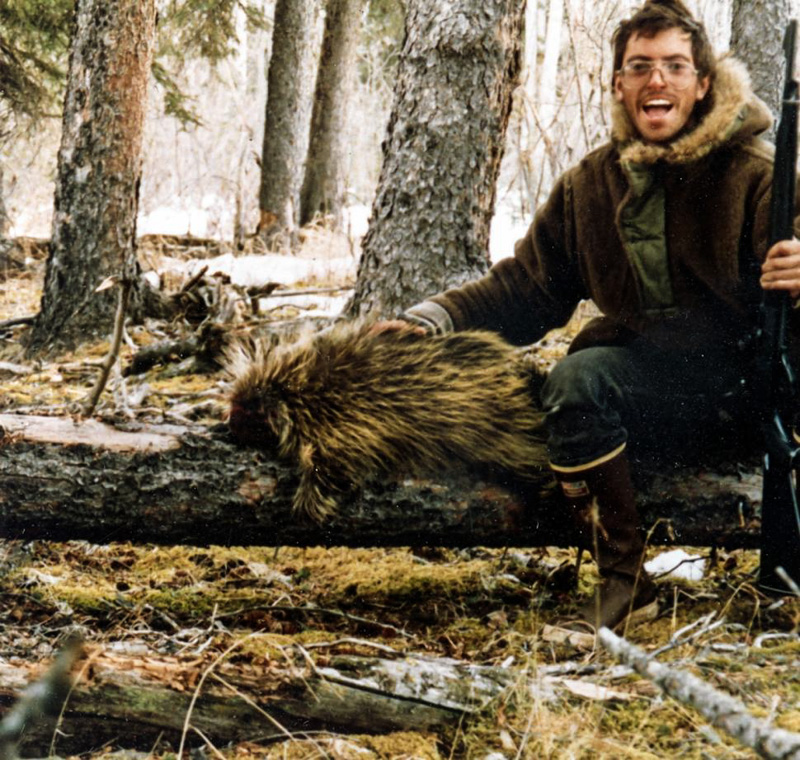 Carine was 21 when her brother died and kept quiet to protect the family. She’s telling the whole story now after feeling she had done a disservice to Chris by keeping these details hidden. “Over the years I’ve come to understand how important is it for people around the world inspired by Chris’ story to have the rest of the details that have remained unknown,” she says. “It’s been a long time coming, but I’m finally ready.”