Reproductive rights are in a delicate place right now, with funding and support for organizations like Planned Parenthood being rolled back both in America and internationally.  Access to things like abortion and conventional birth control will likely only get less stable in the years to come – at least in America – so a new app called Natural Cycles may have come at the perfect time.

The app, designed by Swedish physicist Elina Berglund and her husband Raoul Scherwizl, works by having you input your temperature and using algorithms to decide whether you’re on a “green day” or a “red day.” Green days mean you can’t get pregnant and red days mean you will need to either abstain from sex or use another form of birth control.  This gives women all the control they need in arguably the least invasive way possible.

While other forms of birth control can be more intrusive and carry the risk of side effects, Natural Cycles lives up to its name by taking old methods of natural birth control and updating them to be more accurate and convenient.  The pill in particular can be risky due not only to its side effects, but the necessity of perfect compliance in order for it to be effective.  Not to mention, more “medical” forms of birth control could get much more costly if the Republicans manage to repeal the Affordable Care Act. 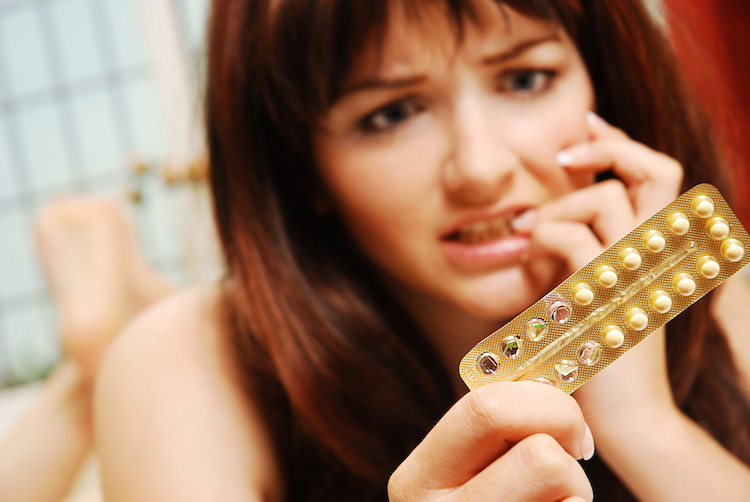 Natural Cycles isn’t the first family planning app to emerge over the years, but it is the first one to be clinically tested and certified, and,  according to Bust, with the FDA also in the process of approving it.  For an app to be acknowledged as a legitimate birth control method bodes well for the future of this older, more natural form of contraception.

Of course, nothing is perfect, and Natural Cycles is no exception.  The most obvious weak point is that it does nothing to protect against STIs, and the creators themselves admit that it is “more suitable for women who are in committed long term relationships.”  On top of that, Business Insider points out that this method of contraception still requires either abstinence, which actually ended up reducing its effectiveness since some clinical trial participants were having unprotected sex even on red days.

Still, the fact that this app gives its users that much control over their reproductive health can be seen as a plus in that it puts women in control of their bodies and gives them a level of choice that other forms of birth control may not allow for.  Another potential benefit is that, although FDA approval could potentially get the cost of Natural Cycles subscriptions covered under some people’s insurance, it is available independently of the medical system, which means it should remain fairly stable in terms of accessibility.

All in all, this app could be a great alternative for people who want to get away from other forms of birth control, despite not necessarily being suited to every single person’s needs.