At this cemetery, the dead reside in fully functioning mansions

For some of Manila’s wealthiest Chinese residents, death doesn’t have to mean the end of luxury. The Chinese Cemetery of Manila occupies a small neighbourhood, where tombs are the size of mansions, complete with fancy gadgets and décor.

Each house is equipped with a fully-functioning kitchen, bathroom and luxury bedroom, which is often used by visiting relatives. Some relatives get so comfy that they decide to live alongside the departed permanently.

According to Oddity Central, the cemetery was first established by the Chinese trading community in Manila after Spanish colonials prevented them from using catholic cemeteries. So they were forced to create their own, and while it may seem extravagant to some people, the tombs reflect the respect that Chinese people have for their deceased family members. They believe that the souls of the dead live in another world, while the graves serve as their homes on earth.

Some of the graves are built up to three stories high and include electricity, running water, plumbing, telephone and internet. There is even a local restaurant in the area. Some people claim to have been born on the burial grounds, where they have lived ever since, and plan to be buried as well. Deceased children are not buried in the cemetery, however, but instead are cremated, with their ashes being placed at a special building in the neighbourhood.

The graveyard is owned by the Manila city government, and there have been hints towards expanding the area. Many tourists visit the graveyard and some even pay a professional tour guide to take them around the mansions. 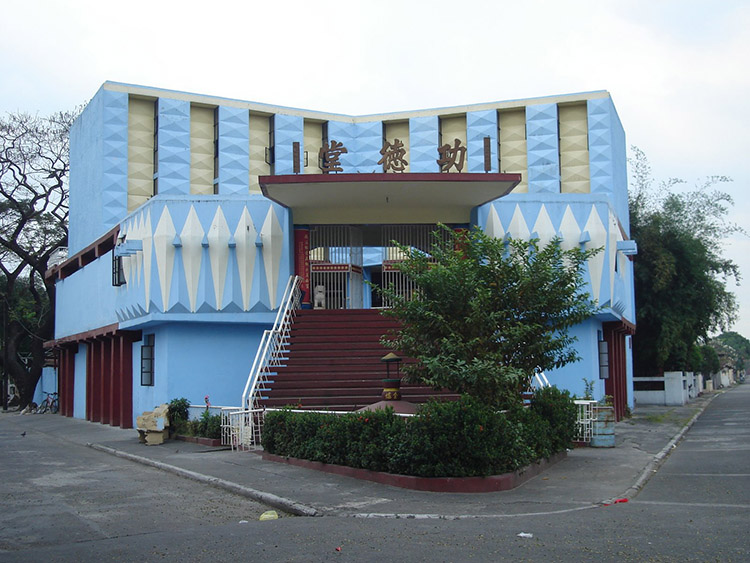