Birth control stole years of my life; here’s how I’m getting them back

I’ve been on hold with the distress centre for seventeen minutes, and I can’t stop crying. My heart is beating a manic tattoo, my eyes are swollen and red, and my breathing’s definitely too fast to be healthy. “Your call is important to us,” says the impossibly calm lady-robot on the other end of the line. “Someone will be with you soon.” But it’s at least the twentieth time she’s said this to me, and the hip bossa-nova muzak punctuating her empty promises feels more stifling than ever.

This is the closest I’ve ever come to killing myself. This moment, right here. The thought sits heavily at the front of my brain, like a tumour. I can imagine, see, feel how easy it would be to go upstairs to the bathroom, pluck a razor from the medicine cabinet and cut myself open. It would hurt and I would bleed for a long time, but at least then the pain would be over, and I would stop crying.

I mash this thought downwards and out of sight as best I can, as I also mash the “end call” button on my phone. Fuck the distress centre. Being on hold isn’t helping my distress. I call my mom instead. “I’m really, really sad,” I manage to splutter, and I can hear the confusion in her silence before she answers, “I’ll be right there, okay?” When she comes over and sees me all tear-streaked and trembling, she recoils in horror. She’s never seen me like this. Hell, I’ve never seen me like this. What is going on?

This close call happened five months after I started on the birth control pill. At age 18, I was in my first serious relationship with a man, and way too young to even contemplate getting pregnant. So birth control seemed like an obvious choice. I even got excited about it: my life would be so much less stressful when I no longer had to fear condoms breaking or slipping off! I had no idea that while birth control would make my sex life easier, it would make everything else in my life much harder.

When my doctor listed off birth control’s known side effects to me while writing my prescription, none of the symptoms she mentioned were related to mental health. Years later, I did my own research and found that synthetic hormones can, indeed, exacerbate depression and anxiety. I had struggled with mild forms of these illnesses for most of my life, but I’d never wanted to kill myself, never been unable to get out of bed all day, never skipped parties because the thought of being around people made me panic. That all changed when I went on the pill.

My creativity levels changed, too. Even if I had Googled “birth control and mental health” to see what I was getting myself into, I probably wouldn’t have found anything about that. In high school, I’d been a prolific musician and singer, often writing three or four songs per month about crushes, boyfriends, friends, even random stimuli like flowers I’d seen while walking home from school. That slowly dwindled when I went on birth control: I’d spend hours at my piano or clutching my ukulele, too paralyzed with self-doubt and emotional numbness to write even one new line of music.

In high school I’d been brave, too. I wrote a cute girl a love letter saying I wanted her to be my girlfriend, and hand-delivered it to her with a smile on my face. In school-run shows, I regularly performed the love songs in front of the people they were about, unabashedly, like infatuation was a thing to be proud of. I wore ridiculous, eye-catching outfits, rife with royal blue tulle and gold sequins and badass cowboy boots, simply because it brought me joy.

All these things stopped bringing me joy when I went on birth control. My anxiety programmed me into a perpetual state of embarrassment—about the things I wore, the things I said, the very qualities that made me me. On my first day of university, I felt so judged by the other students in the class—although none of them probably even noticed me—that I started crying midway through my morning lecture and didn’t stop all day. My boyfriend met up with me for lunch, and I cried while telling him about my day so far, cried while placing my order from the waiter, cried on my food, cried on the cheque. When once I had felt unshakeably confident, now I felt shaken. And there didn’t seem to be any reason for it.

I spent my first year of university wearing baggy, nondescript clothes and very little makeup. My goal was to hide my body, downplay my very existence, so that no one would notice me and I wouldn’t feel anxious. It didn’t work, of course—I still felt anxious all the time—but it felt necessary. And as I went from class to class, keeping my head down and making no new friends, I started to think: “I guess this is just what my life is like now;” “I guess this is my new personality;” “I guess I’m done making music forever;” “I guess I’ll never have a social life again.” 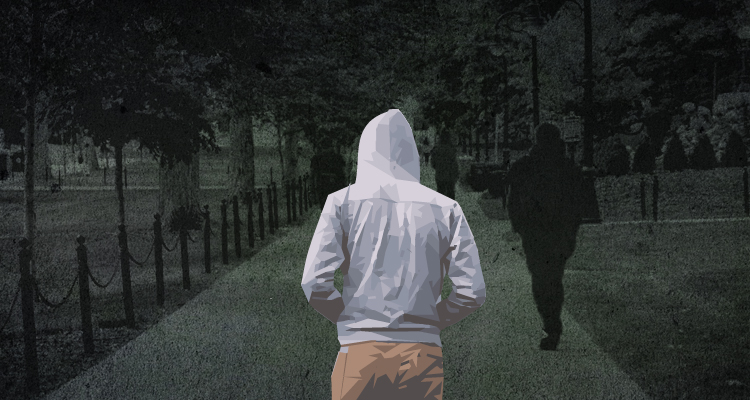 It didn’t cross my mind to blame birth control for these changes. I had left one school and started another; most of my friends had moved away to get their degrees in faraway places; there had been a couple of deaths in my family—and I thought that all of these things had changed me in a fundamental way. I felt like a completely different person, and I fully believed this new sadsack version of me was here to stay.

Through all this, my boyfriend was amazingly loyal and supportive. He learned to recognize when I needed him to stay away and when I needed him to hold me tight and calm me down. He got good at not taking it personally when I lashed out at him or soaked his shirt with tears (sometimes both in one night). More than once, he went out in a blizzard to get me chocolate or soup when my sporadic moods made these things seem necessary.

But relationships end for a variety of reasons, and after almost four years of love and dedication, this one did too. My mental health was just one of many factors that contributed to me needing some space. We broke up on a busy street corner and it was the cleanest, most mutual separation of my life: we both knew it needed to happen, and neither of us was particularly sad about it. Or at least, I was sad about so many things in my life at that time that breaking up barely made a dent.

On that day, I happened to have only one birth control pill left in my current pack. When I got home after dumping my boyfriend, I popped the last pill out of its plastic blister and threw it in the garbage. Being single again – and celibate for the foreseeable future – meant I didn’t have to deal with the annoyance of taking a pill every day. That was the only reason I was excited to quit birth control: the hassle of it. If I’d known what was really going on, I would have been excited for plenty more reasons than that. 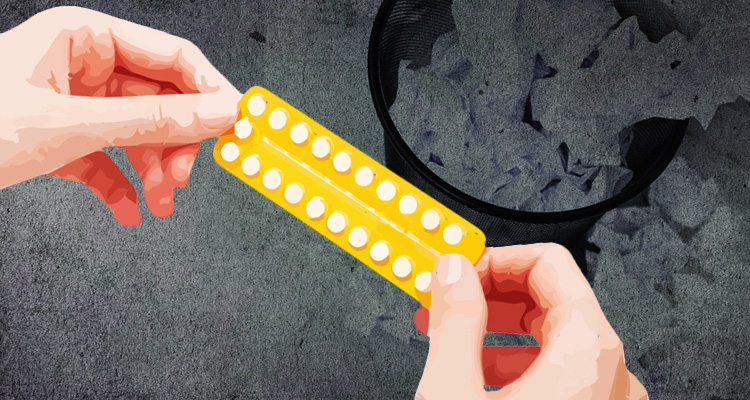 It’s cliché to say that depression fading feels like a fog is lifting, but that’s really what the next three months felt like for me. Little by little, I started to see the good in the world again. I woke up most mornings feeling excited about life and motivated to get shit done. I’d practically skip to the streetcar stop, listening to upbeat tunes and grinning for no reason. I cast aside my baggy sweaters and dark jeans in favour of the colourful dresses and fitted cardigans I used to love in high school. I didn’t cower in humiliation when people looked at me anymore; in fact, I wanted to be noticed.

I even started writing songs again. The first one I wrote after my years-long hiatus was, aptly, called Anxiety – and, even more aptly, I was pretty anxious about playing it for people at first, because I worried I’d gotten rusty. But I got over that fear quick enough, and more songs came fast and furious after that. I even had the energy and drive to record and produce a full-length album of all-new material that spring.

It had been so long since I’d felt this good, that at 22, the only way I could describe my newfound joy was, “I feel like I’m 16 again!” But I came to realize that I wasn’t regressing to a place of immaturity – I was returning to my true identity. I still struggle with depression and anxiety from time to time, but at least now I feel like me, not some gloomy facsimile of myself.

“Little by little, I started to see the good in the world again… I even had the energy and drive to record and produce a full-length album of all-new material that spring”

And as happy as that has made me, it also pisses me off. Because no one told me this would happen. Even when my mental state was at its worst, no one – not my doctor, not my therapist, not the other women in my life – suggested that birth control might be the source of my strife. That’s not really their fault, though: hormones’ effects on mental health aren’t as widely known as the more tangible side effects birth control can cause. That’s why I’m open about my story. It’s not my intention to scare anyone into avoiding contraception; I just want everyone to know that mental health repercussions are a possibility, and that you’re not broken or hopeless if these changes happen to you. You might just need a different type of birth control.

As for me, I’m currently just using condoms to keep me from getting pregnant, but in the future I’d like to get a non-hormonal IUD installed. It’s a copper device that’s placed inside the uterus to keep eggs from being fertilized. I’m told that insertion is painful and the IUD can cause cramping and heavy periods, but to me, all of that sounds a hell of a lot more manageable than crippling anxiety and depression.

There are other non-hormonal options too, for both women and men. Maybe someday I’ll experiment with diaphragms, contraceptive sponges, or the Justisse method. All I know is that I am never, ever, ever going back on hormonal birth control. Because, even more than I want to avoid pregnancy, I want to be happy.