This 47-year-old man will swim 5,500 miles across the shark-infested Pacific Ocean

Home » This 47-year-old man will swim 5,500 miles across the shark-infested Pacific Ocean

Ben Lecomte, 47, will attempt to be the first man to swim 5,500 miles across the Pacific Ocean in hopes to raise awareness about water pollution and the importance of living sustainably.

This will not be Lecomte’s first experience swimming the length of an ocean, as he was the first man to swim 3,700 miles across the Atlantic Ocean in 1998.

The journey, called The Longest Swim, is set to begin in July. Lecomte will begin swimming off the coast of Japan near Tokyo and after approximately six months, he will hopefully reach the shores of California. 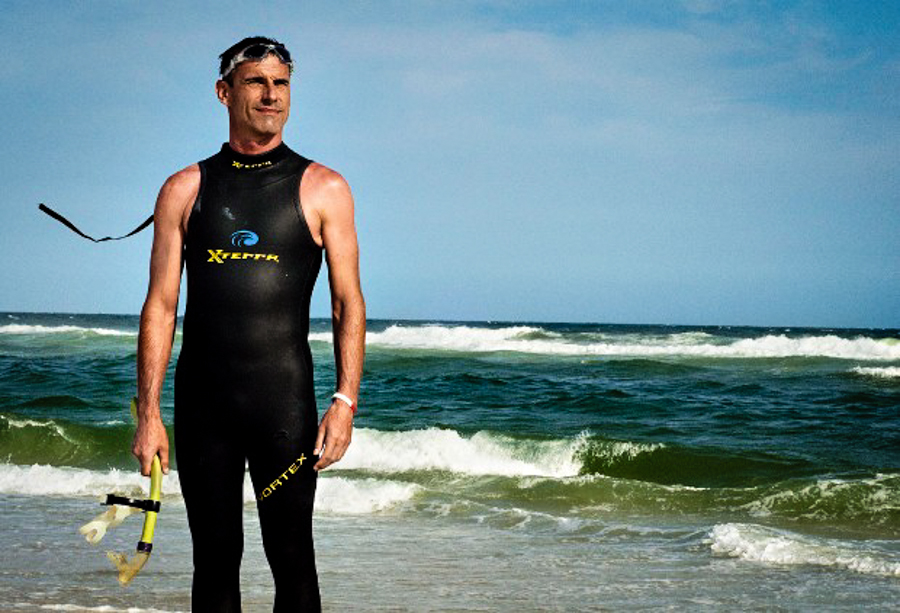 During The Longest Swim, Lecomte will swim eight hours every day with flippers and a snorkel and then rest on a support boat for 16 hours.

Although he has embarked on a similar expedition in the Atlantic, swimming across the Pacific Ocean comes with its own set of challenges including 1,800 more miles than before.

Even by breaking down the swim into eight-hour shifts, Lecomte still faces the possibility of extreme mental and physical fatigue. With a catalogue of “happy place” mental images stored away, Lecomte hopes to swim on autopilot while his mind is somewhere else.

Exhaustion isn’t the only safety issue while swimming in the ocean. Lecomte is bringing four two-millimetre wetsuits in order to avoid hypothermia in the water, with temperatures that can drop below 60 degrees Fahrenheit.

Possibly the most terrifying danger that Lecomte has to prepare for on his journey is an encounter with a great white shark. Luckily, his lifeboat lets off an electromagnetic field that averts sharks from the surface. 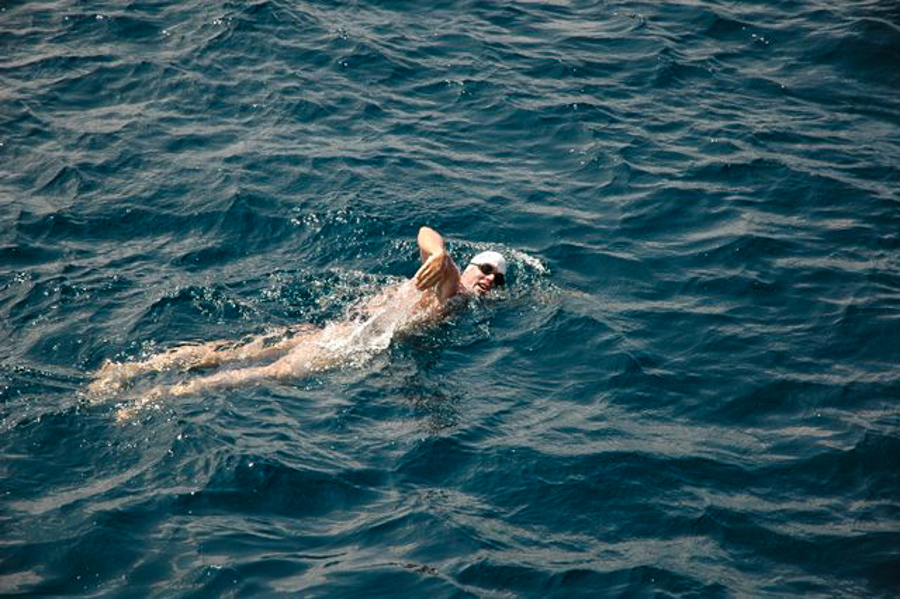 Despite these obstacles, Lecomte is confident in his ability to swim across the Pacific Ocean, especially since this journey is about more than just breaking a record.

After becoming a father, Lecomte realized the importance of creating a more sustainable world for his children. He hopes that The Longest Swim will attract enough attention to inspire people to look for ways to lower their ecological footprints.

Lecomte’s ultimate goal is to incorporate sustainable living into the education system around the globe. Students everywhere would learn how to responsibly use the resources that are available on the planet while leaving behind as little pollution as possible.

After six months and 5,500 miles of swimming, Lecomte will not only be the first man to swim across the Pacific Ocean but he will also raise awareness to the importance of taking care of our planet and creating a sustainable lifestyle. 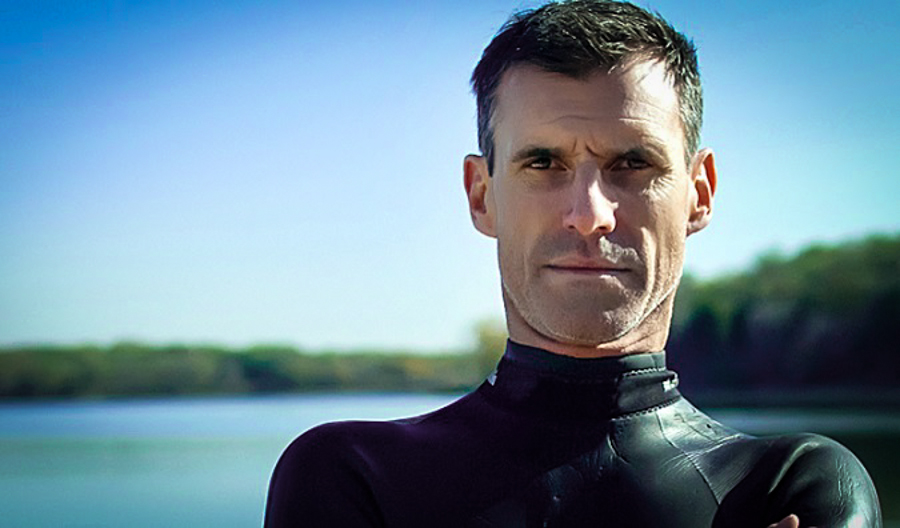