Turns out bee venom could be used to fight cancer

A component in honeybee venom could become the new key in the fight against cancer, a team from the University of Illinois at Urbana-Champaign announced at the 248th National Meeting of the American Chemical Society in San Francisco earlier this month. 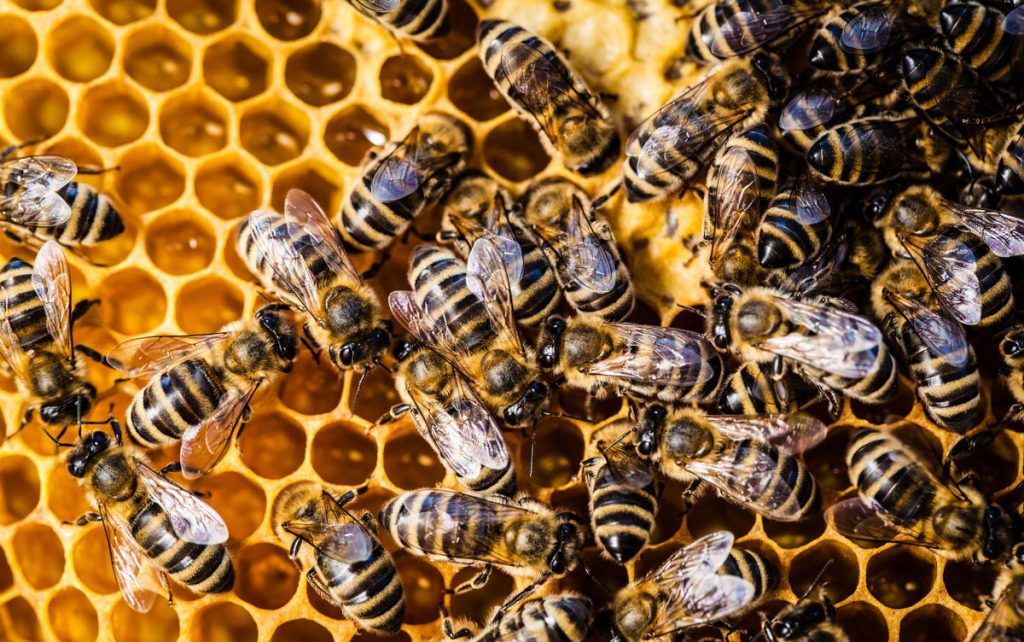 In a study, the team discovered that a peptide in bee venom called melittin can keep cancer cells from multiplying. However, melittin is also the same component in bee venom that causes stings to hurt and triggers the body’s immune system to rush fluids to the site, causing redness and swelling. If directly injected into a patient, it can cause a host of unwanted side effects including damaging heart and nerve muscles, and causing blood clots. As well, bees don’t produce enough venom for it to be feasibly collected and separated for clinical use.

To solve these problems, the team synthesized melittin and then packed the toxin within nanoparticles.

The tiny particles then serve as a sort of protective vehicle and carry the melittin, hidden from the immune system, directly to the site of a tumour, where it binds to cancer cells and stops them from spreading.

“The peptide toxins we made are so tightly packed within the nanoparticle that they don’t leach out when exposed to the bloodstream and cause side effects,” lead researcher Dipanjan Pan said in a statement on the American Chemical Society’s website.

Using this method, the team was able to treat breast cancer and melanoma (skin cancer) cells in a laboratory setting. The team also found that synthetic toxins based on components in snake and scorpion venom were also effective in treating cancer cells.

The team plans to test the treatment on rats and pigs, and, if all goes well, to began a study with human patients sometime in the next three to five years.