Grey with feathers and a miniature beak, the new baby penguin robot is convincing enough to crash any emperor penguin party.

Researchers created the Furby-like robot on wheels as means to find a way to study groups of emperor penguins. Specifically, this latest technology can read signals from the birds’ radio tags.

Emperor penguins are apparently incredibly shy. If a human tries approaching a group, they will immediately back away out of fear. That’s something that makes researching the birds painfully difficult. Scientists have been trying to study the animals’ health and behaviour, but suspect that they behave entirely different in the presence of people.

So that’s why Yvon Le Maho, a researcher from the University of Strasbourg in France, came up with an idea to send a robot disguised as a penguin into a cluster of emperors to do the spying for the scientists. Le Maho led the project, which a group of scientists and filmmakers also collaborated on. 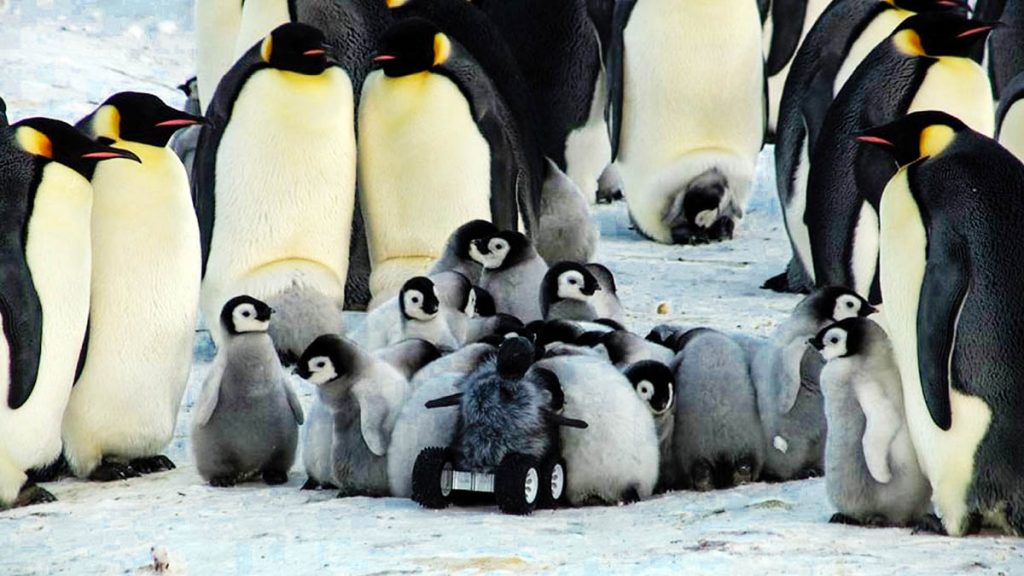 It was a great idea in theory, but like many of the best ideas, failure came first. They made five versions before creating one that didn’t frighten the arctic birds like Furby frightened me as a child (creepy motherfucker).

The final product is remote-controlled and just like a baby penguin with black wings, grey feathers and a black and white face with a beak. Queue the awes. They tested the robot on a group of emperor penguins in Adélie Land, Antarctica where it was accepted by the cluster of birds. It can also spy on seals and other species of penguins.

But it’s not flawless quite yet. When the penguins did accept the baby robot into their pack, they responded by singing to it, a sound that resembles a trumpet. When the robot didn’t sing back, they showed confusion and became sad.

“They were very disappointed when there was no answer,” Le Maho said.

Apparently the penguins thought the robot impersonator could be a handsome mate for their babies.