At this rehab centre, cannabis is used as an exit drug for addicts

Joe Schrank co-founded the rehab facility, High Sobriety that uses cannabis as an exit drug. The philosophy behind the rehab is that AA will not work all the time for everyone, in fact it is only estimated to work for 10 per cent of addicts.

Additionally, only 25 per cent of addicts who undergo abstinence-based treatment do not relapse. The combination of strict abstinent rules and religious foundation is not helpful to everyone. High sobriety has been effective in treating addicts that were failed by the AA treatment. Schrank said “One of the dark secrets about rehab that nobody wants to say is there are some people who should not be totally abstinent. They’re not pleasant people if they are, they don’t function well – if they do.”

High Sobriety is attempting to rectify the urban myth that cannabis is a gateway drug to addiction. They are instead rebranding it to fight addiction through what they refer to as “harm reduction”. That is, replacing abuse of alcohol or opioid with a substance that has a less harmful effect on productivity and health.

There is some restriction on who can enter the program. All residents must be 25 years or older and have attempted the mainstream abstinent treatment.

Dr. Lance Dodes, a psychiatrist that specializes in addiction, said the problem with AA is that “AA is never wrong, according to AA, if you fail in AA, it is you that’s failed.” High sobriety attempts to end this stigma that dogs those who are trying to work the 12 steps and failing.

One of the biggest critics of 12 step programs is Dr. Mark Willenbring, who says that there is no reason for AA to hinge on prayer and a higher power. Seven out of 15 steps refer to religion or God in some way, four of which include overt mentions of God.

Willenbring thinks that AA is most effective when it is seen as a support group as opposed to a viable treatment or cure. To Willenbring the most important facet of recovery is the conjunction of treatment of physical addiction and treatment of mental illness that accompanies it. Willenbring also criticizes High sobriety’s alternative treatment and considers their endorsement of cannabis as a marketing ploy. 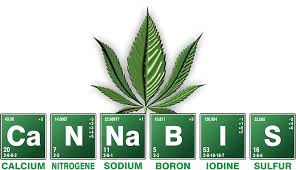 The founders of High Sobriety are used to this kind of resistance and have never claimed cannabis as a miracle cure for addiction. Instead Schrank equates the symptoms of withdrawal to chemotherapy, and cannabis as a practical medicinal way to combat these unruly symptoms.

Unfortunately, it is incredibly difficult to do clinical studies on the effects of cannabis as an exit drug because cannabis is still classified as a Schedule I controlled substance.

Despite this, a report that was published in January by National Academic of Sciences, Engineering and Medicine has proven cannabis effective to prevent and treat the effects of chemotherapy. Because of this the National Institutes of Health recently allotted $3.8 million to discern once and for all if cannabis can ease chronic pain and addiction.