Artist shows how costly war really is with these graphic illustrations

The effects of war are costly—for the economy, for the environment and for humanity. Yet we still massacre each other mercilessly, and for what? Power, control, revenge, money, resources, a futile portion of Earth’s land?

Gunduz Agayev’s new photo series is an extremely powerful take on the facets of war that we’ve become immune to. While some of the images may seem extreme, they are also eye-opening and will focus your attention to the things that some of us have forgotten or choose to blindly ignore.

According to BoredPanda: “In the past men created a God of war and blamed mythic Gods for the wars. However, throughout the history only men were responsible for all the bloodshed. Alas, many of us still do not understand this and want to evade the responsibility. War is a death, a suicide. Nations massacre one another and the whole mankind. Nevertheless, men are able to inhibit this plague. Fortunately, men also invented peace. It is a way of struggle against war. It must be every man’s duty before humanity to continue this struggle.” 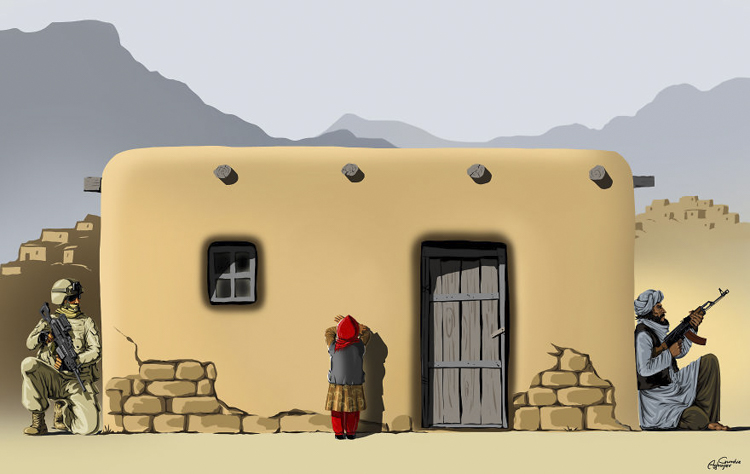