How artificial intelligence is the next stage of evolution

The brightest mind in physics has declared the end of the world at the hands of Artificial Intelligence. It sounds like science fiction, but is in fact the real world we live in. Doomsday reports proliferated in the media after professor Stephen Hawking had a relatively innocuous interview with the BBC, only to end it by stating that if artificial intelligence were to become highly advanced, then human kind would be damned.

So can robots actually be sentient and if so what does it really mean for humankind? To get a better understanding, we need to venture into the realm of cybernetics.

Cybernetics can be defined as a communication system that uses feedback to regulate living or automated systems. Feedback is the recursive procedure that calculates and searches for the best possible answer for any given system using a series of logical calculations. Human beings have their own sense of cybernetics as beings able to adapt to their own environment for evolutionary purposes through the recursion of similar problems. The evolution of human nature—that is consciousness—exists through modalities of awareness. Cybernetics is the methodological approach of synthesizing contradicting information to reach a higher state of awareness.

Artificial Intelligence researcher, Ray Kurzweil, in his seminal book The Age of Spiritual Machines outlined how computers are edging in closer to replicating human consciousness through a model consisting of recursive logic, neural networks and evolutionary algorithms that use systems theory to analyze complex problems. 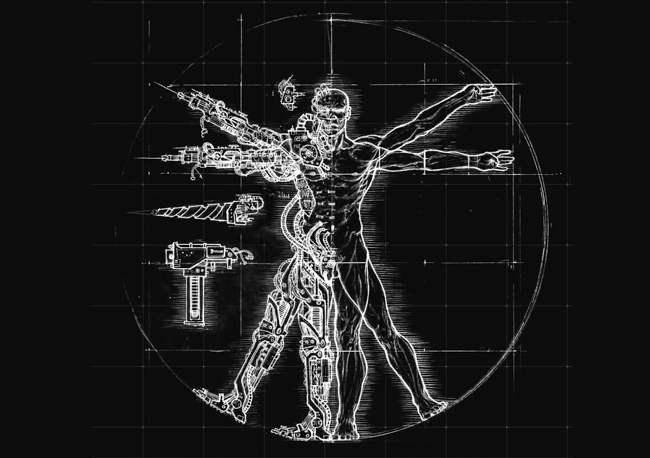 Cybernetics is the way of looking at the mind as an organic computer. The human mind however doesn’t just have a unilateral understanding of the world. The environment, which is made up of several factors, influences the development of the mind. This may sound like new age mysticism or ancient metaphysics, but has seen quite a bit of concrete evidence in recent years in the realms of quantum physics and neuroscience.

The important question here is how does one define intelligence? Well, according to some prominent figures in the artificial intelligence community, it’s a simple matter of computing power. Kurzweil argues that neural networks provide computers a process of acquiring data to learn a given subject matter. This is a mirror of our own human learning through pattern recognition. Neural networks like our own unconscious can select what to retain and what to obliterate from memory. Our own minds function through the firing of neurons in our brains, but because of the sluggishness of our recursive logic, we rely on pattern recognition much more for evolutionary reasons.

Physicist Leonard Mlodinow, author of the book Subliminal: How Your Unconscious Mind Rules Your Behavior, writes, “our brains are not simply recording a taste or other experience, they are creating it.” There is a context in place for the storage of memory. 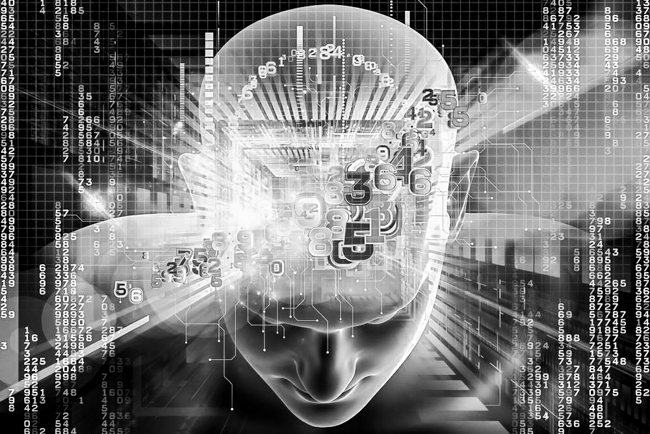 So how do you define consciousness? I spoke to AJ Jaywar, a Toronto-based actor and son of a Vedic mystic who incorporates elements of new age philosophy and mysticism into his acting classes. Jaywar plans on writing a book using Jungian psychology to help actors with character development. I spent an afternoon with him discussing the possibility of silicon technology achieving transcendence. As we sat drinking coffee together, Jaywar had a lot to say about the psychological relation between people as a part of a consciousness.

“Once you are aware of your own existence then you are conscious; and through that consciousness eventually you come into an awareness that you’re existing within the existence of all living beings.” For Jaywar, consciousness is a spiritual thing.

If existence is really self-awareness, then a higher consciousness must mean moving away from thinking in individual terms towards a collective conscious.

Philosopher Ken Wilber, a philosopher who is well-known in Transcendental Meditation circles, argues that existence is about an integral system of transcendence; since both religion and science do not adequately define reality, they should give and take from each other for a better understanding of their respective individual discourses. 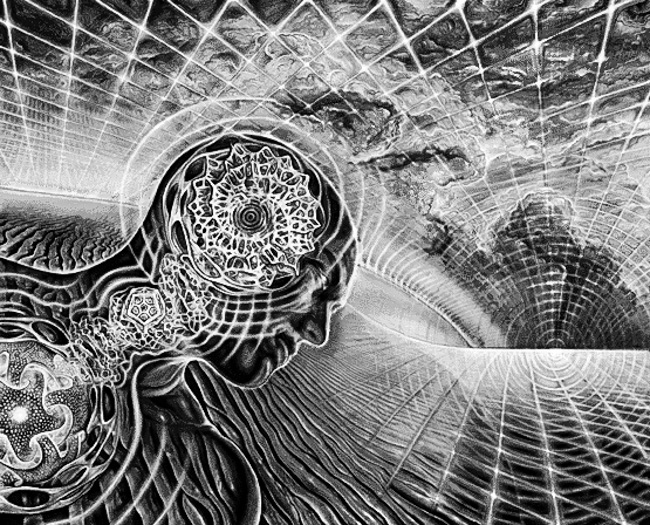 Physicist Michio Kaku explains the trouble physics has determining the laws of the physical universe. We exist simultaneously in a sum of all possible states due to the nature of the atom. In his book, Physics of the Impossible, he writes, “one minority point of view is that there must be a ‘cosmic consciousness’ pervading the universe. Objects spring into being when measurements are made, and measurements are made by conscious beings. Hence there must be cosmic consciousness that pervades the universe determining which state we are in.”

Enter Stuart Hameroff. A controversial neuroscientist who says people who claim artificial intelligence will be able to attain consciousness soon — are way off base. Hameroff, like Jaywar, believes in a cosmic consciousness, but bases his beliefs on scientific principles of quantum theory and his research on microtubules. According to Hameroff, consciousness is created through space time geometry in the brain through microtubules and believes that when coherence is lost in the brain and the blood stops flowing, and the energy is lost, the quantum energy form is still in the universe allowing for people to leave their bodies; such as in cases of near death experience or astral projection. Your soul leaving your body is scientifically plausible.

The study of cybernetics can and will have a huge impact in coming years. It can influence everything from foreign policy to how we think about art and therapy. If we really do utilize information technology to make tough decisions whether on a micro level such as personal relationships or a macro level where environmental policies and military spending are based on the best logical outcome regardless of personal feelings, we need to rethink how we understand human nature. As we become more reliant on technology to think for us; there’s a need to better understand how the consciousness of our own mind works. It turns out, religion and science can both be used to explain the nature of reality and that science does not refute spirituality, but rather provides some evidence for it.