Located in the East Khasi Hills of Meghalaya, and known as ‘God’s own garden’, sits one of the most pristine villages in Asia – Mawlynnong Village. The village is home to the Khasi people, who continue to live life much differently than the western world by carrying on the matrilineal tradition.

This means that the youngest daughter inherits, children take their mother’s surname and, once married, men move into their mother-in-law’s house. According to The Guardian, anthropologist Valentina Pakyntein notes that the matrilineal system goes back to a time when Khasis had several partners and it was hard to determine the paternity of children.

Of course the matrilineal system should not be directly correlated with matriarchy. Khasi women don’t hold any political positions of power. All government ministers are men and very few women actually sit on village councils. Economic power however, sits in the hands of women. Succession, money and property are passed down from mother to daughter.

But still, this village operates much differently than many other villages in India. Girls are expected to go to school until they are teens, although some move to the state capital at age 11 or 12 for further education, according to National Geographic. After that they attend college or return home to take care of their parents. Women can marry whoever they choose, and many women choose to stay single – an option that is not accepted in most places across the country. There is also no stigma surrounding divorce; couples don’t feel pressure to stay together if unhappy.

Klüppel told National Geographic she was struck by the respect that Khasi men have for women. The culture is much different from many places in the world, and questions the rigid systems that so many of us are used to.

Women and girls have a special standing and role in Khasi culture. Klüppel explained that this role produces a great self-confidence among the girls in the village. “I did not want to do a classical documentary on their culture, but tried to capture this outstanding role somehow. I decided to make a portrait series of the girls because I was so impressed by their self-assured appearance… I also wanted to show the girls’ ́ everyday physical environment.”

Her photos capture these girls’ lives beautifully. Observing them she noticed that: “Powerful, self-assured girls must often act responsibly. But in their free time, they’re children who jump in rivers, catch fish, run, scream, and get dirty.” 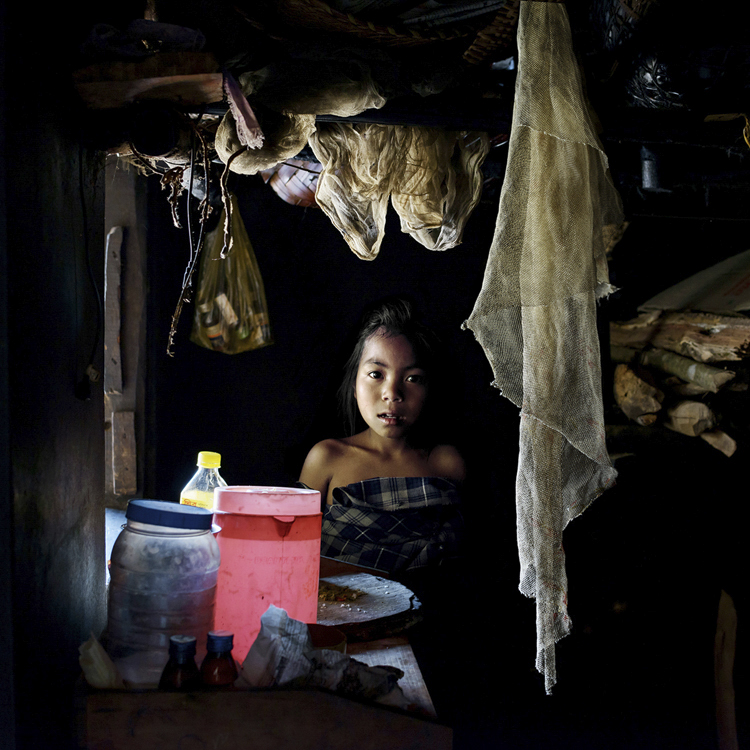