It was a stroke of luck that the Boeing airplane was forced in retirement just as Joanne Ussary, 52, was looking for a new home. With connections to the airport through her brother-in-law Bob Farrow, an air traffic controller at Greenwood Airport, Joanne was able to get a look at the airplane/potential new home.

Joanne was immediately fascinated with the idea of restoring the plane into a home and purchased the Boeing 727 for $2000.

Moving the plane from Greenwood airport to her lakeside plot in Benoit was the next step in the process. Joanne hired the Bo Branch House Moving Company to carefully transport her 127-foot-long airplane 69 miles to its new location.

Once the plane was properly situated on Joanne’s property, she was able to begin the renovating process. The overhaul began in December of 1994 and lasted for four months until Joanne was finally able to reside in her lakeside plane home.

Joanne built a Jacuzzi into the cockpit

Joanne took part in most of the renovations, which ended up coming to a total of $24,000. This was money well spent since her one of a kind modern home comes complete with: remote control stairs, three bedrooms, a living room, dining room, fully equipped kitchen, a laundry area, and of course a master bedroom complete with her own personal Jacuzzi in place of the old cockpit.

With the average home in the nation costing $200,000 and the ideal down payment being 20% ($40,000), thinking outside of the suburb can create a lot more disposable income and build a lifestyle that is not chained to mortgage payments.

After the project was complete, Joanne proudly named her home “Little Trump” after Donald Trump’s 16-million dollar corporate jet. The unconventional idea caught the attention of the media and was shared on TV talk shows like the “Today Show” and “The David Letterman Show.”

Joanne planned to move her renovated home a mile away to a new location for public display in May of 1999. Unfortunately, the plane suffered considerable damages after falling off of the moving truck and Joanne was forced to find an alternative living arrangement.

Although things didn’t work out quite as planned for Joanne when she pushed her luck by moving the plane a second time, that’s not to say converting a Boeing 727 into a home wouldn’t be the right option for a plane lover looking for a new adventure.

Though “Little Trump” no longer exists, she has motivated many people to follow in her footsteps.

Joanne’s Boeing 727 home inspired this hotel to be built:

The interior has been meticulously detailed around the airliner

The interior is lined with Costa Rican teak paneling

They even retrofitted a new bathroom 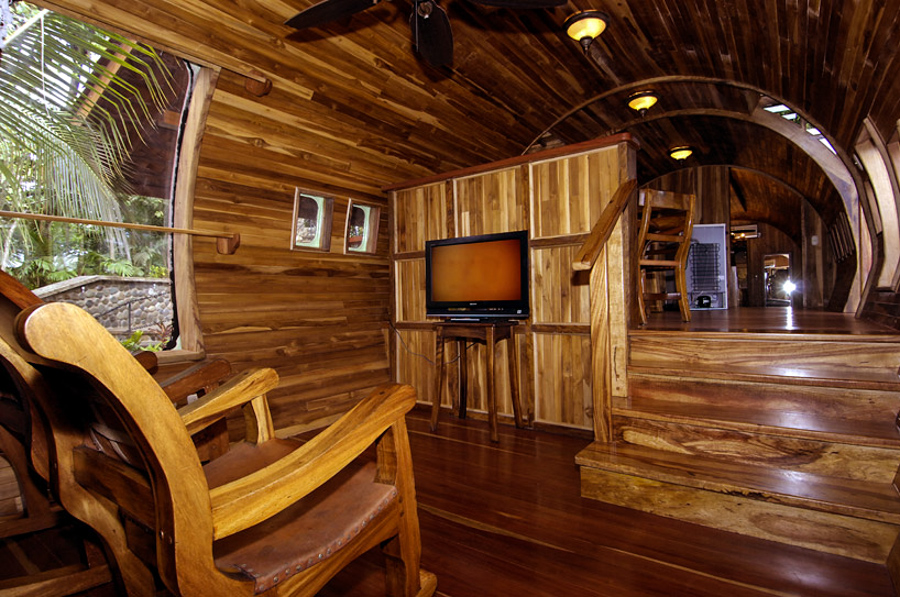 The front of the plane overlooks the ocean.