Loose rock, steep climbs and slippery mud are just the basics of what runners racing Alaska’s Mt. Marathon Race will encounter. This is an adventurous race for weathered and serious runners.

This race in Seward, Alaska is only 5K, but the terrain is fiercely tough with a 3,022ft elevation change where runners navigate roots and switchback trail followed by a dangerous descent. Runners signing up for the race better be in good physical condition and have significant mountain running experience under their belts. That’s why the race directors write a letter to those taking it on for the first time: this isn’t designed for those just getting into running or first-time racers. And trail running newbies should have at least done a decent amount of training on technical grounds.

Near the top of mountain the slopes become excruciatingly steep 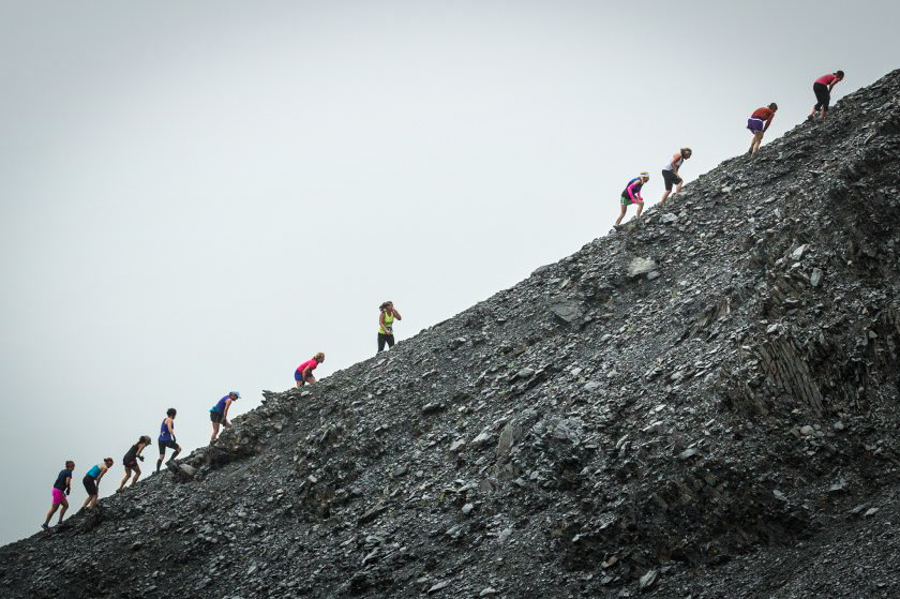 “Participating without preparation endangers other racers, spectators, medical personnel, and jeopardizes the sustainability of the race,” says the race’s letter addressed to first-timers. “If you do not feel adequately prepared, do not participate in the race.”

That is something that the organizers cannot stress enough. Everyone stepping up to the start for the first time has to have attended a safety meeting and run the course at least once already as practice prior to race day. Skipping either of these will get a runner disqualified.

Mt. Marathon runs on America’s second-oldest trail. It first ran in 1915. Though it’s an annual event, it didn’t run on some years and so last year’s race was its 87th. There are only 12 races in the U.S. that are older than the Mt. Marathon Race.

This is the route marathon runners must traverse:

Mountain running can be a dangerous sport if not trained for properly or if not taken seriously. The organizers of the event say that along with the mandatory safety meeting and practice run, racers should practice the switchbacks, their starts up the trail and tackling grounds with roots and rocks. The safety meeting, they say, is not intended to be a replacement for experience either. Runners should get as much practice on the mountain as possible.

“Seek out friends, relatives, or even casual acquaintances who have done the race before, and ask if they will go up and down the race trail with you. The more experienced they are the better, but in any case you’ll learn various ways to approach sections of the trail,” they state on their site. “This advice is based on years of experience with the mountain and the race.” Their emphasis on safety is warranted: in 2012, one runner fell on the descent and got a brain injury as a result. Another runner got lost on the trail and was never found. 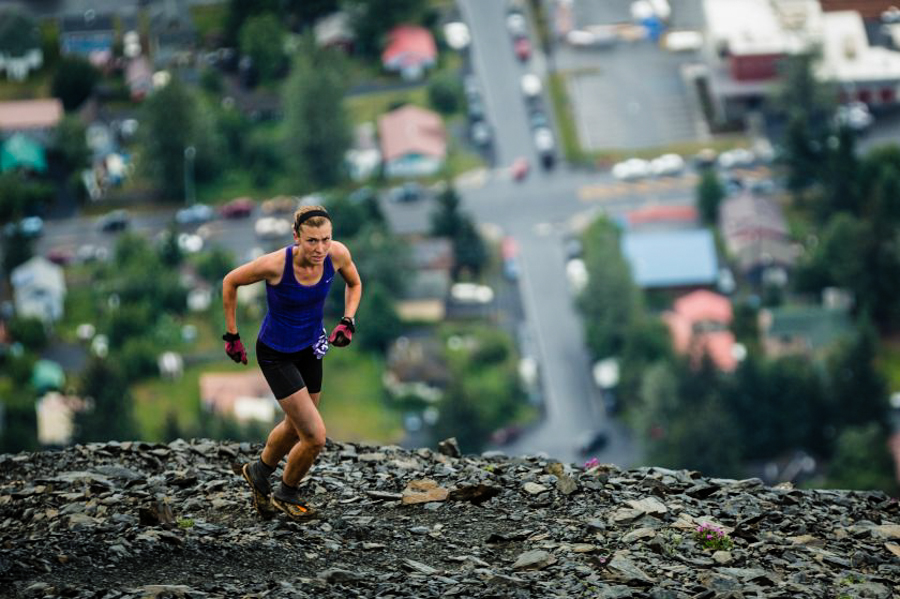 It’s not only about safety though. The race has maximum time limits for passing checkpoints. If a runner doesn’t pass markers within specified time frames, they will be disqualified. For the senior race (the full course), runners must hit the halfway point within an hour and must be at the finish no later than two-and-a-half hours after the start.

The rules aren’t set up to discourage new runners. Actually, unlike many other North American races, this one allows children to enter. The junior race is for athletes ages seven to 17. Their course is half the adult route. For a child to run, they must be accompanied by a parent or guardian for the entire time they are running and they must finish the race before an hour-and-a-half. The junior race is capped at 125 girls and 125 boys.

When filmmaker Max Romey showed up in Alaska’s Kenai Peninsula in 2013, he kept hearing about the race. It seemed everyone was gearing up. So he decided to show up at that year’s event to see what the fuss was about. He climbed the mountain unable to fathom how some people attempted—and succeeded—to run the craggy course. 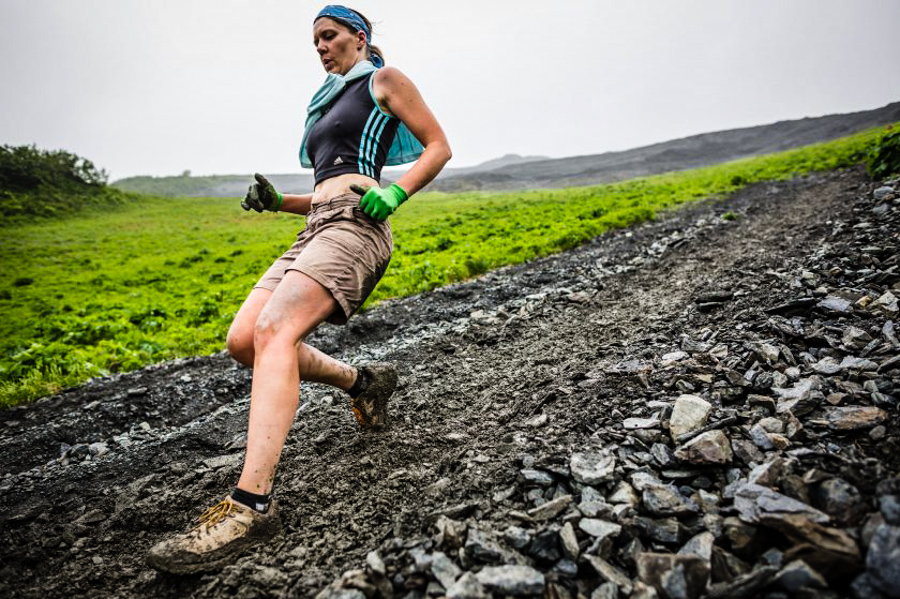 After that, Romey started looking into the event trying to learn more but he felt there wasn’t enough coverage. So he started to think about creating his own film about it. He had more motivation than just making up for the gap in coverage. Romey is a former cross-country runner and he felt that adventure sport videos missed the trail running and mountain running communities. Everyone had seen mountain biking or skiing videos, but running was glossed over he told Grind TV.

In 2013, he was able to make a short video, but he decided to return last year to get more footage. This time, he showed up with 20 cameras to create a documentary that he’s calling 3022 ft.: A Mt. Marathon Story. Originally he wanted to film it with drone cameras but many involved in the Alaskan race shot down the idea. So Romey laced up his shoes and ran last year, filming as he went.

Eric Strabel, the defending champion; jumps down the cliffs at the base of the mountain 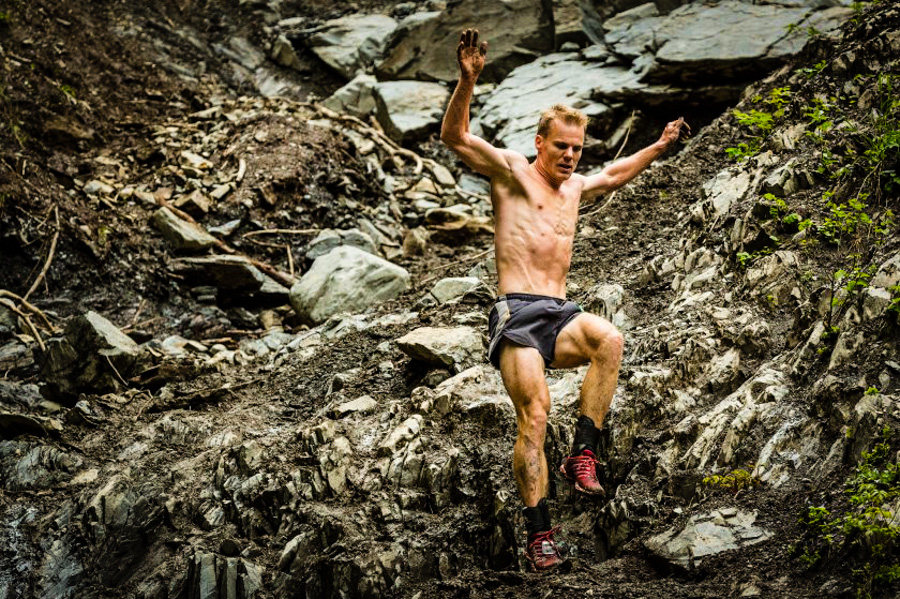 As he told Grind TV in the same interview, his goals for his documentary are to share with as many people as possible that running is a great way to experience adventures on mountain trails. He wanted his documentary to capture the excitement experienced by the 1,200 runners (and thousands of spectators) who show up on race day. 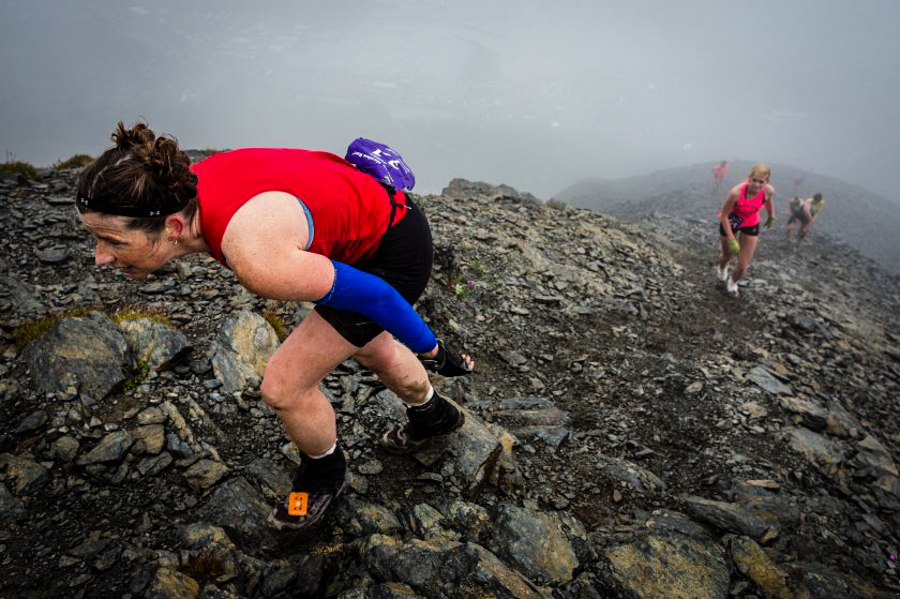 But there is a broader message that he focuses on. While working, Romey picked up on the sexism in the way the event was covered. The men’s race was broadcast on TV but the women’s wasn’t. This isn’t abnormal in the running community as the tendency is to focus on top finishers and men are quite often (but not always) faster than the women racers. As Romey points out, female racers train and run just as hard. He says that these athletes and their stories are incredible. He hopes the film shows just that.

Many people collapse of exhaustion immediately after finishing the race.