“Airbnb” for butterflies – the native tribes dedicated to saving the monarch

The population of the monarch butterfly is plummeting quickly. In recent years, the butterflies have decreased by 80 to 95 percent. Deforestation, global warming and the use of pesticides are the main contributors to the decline.

Monarchs rely on the temperature to know when to migrate. However, in the last two years, due to warmer temperatures, the butterflies have delayed their migration from Canada to the South by six weeks. Once the butterflies made it to the Midwest, the weather turned too cold, killing off many of the butterflies before they finished their trip south.

Pesticides are also a large contributor to the monarch’s decline. Farmers are clearing fields that once were filled with milkweed, which is not only the main food source for the butterflies but also where they lay their eggs.

The increase of deforestation in Mexico has also hurt the butterfly population, where the butterflies go in the winter. They no longer have a safe habitat and have since struggled to make it back to North America for the summer months.

The monarch butterfly population has decreased by 80 to 95 percent. 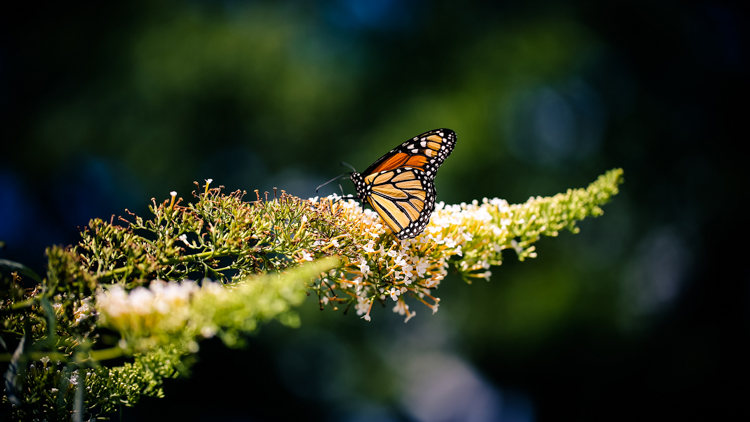 However, some hope has emerged for these orange and black creatures. Seven Native American tribes in Oklahoma recently announced they would provide safe habitat and food for the monarchs on their land. The Tribal Leaders aim to plant native nectar-producing plants and milkweed on their land, as they are the main sources of nutrients for the species. Thalia Miller, the director of the Chickasaw Nation Horticulture Department explains that “For the last several years, we have been raising bees and pollinators, so when this opportunity came along, it fit with what we were doing.”

The National Fish and Wildlife Foundation has donated $250,000 to support the project. In collaboration with the University of Kansas and the Euchee Butterfly Farm, the Seven Tribes hope to replenish their land with milkweed in hopes to preserve the monarch migration.