After a devastating earthquake, this family rebuilt their lives in a 1987 Volvo van

Saving money, the ability to roam freely from city to city, doing your part to help the environment; those are probably the three most popular reasons as to why people have been ditching the regular 9-5 working lifestyle to rent the 500-square-foot condo, and instead opting for the van life. While these reasons all appeal to me, and apparently lots of other people worldwide, some choose the van life for other reasons.

Andrew and Amber, New Zealand natives, were 25 floors above ground when the magnitude 6.3 earthquake struck Christchurch in February 2011. The building they were in at the time was severely damaged, and when the fire escape collapsed, the couple spent several hours trying to escape the building. Unsure of what their outcome would be, the couple was finally rescued from the roof of the building next to them. The earthquake ended up killing 185 people, making it the third deadliest national disaster the nation has ever seen.

After the traumatizing experience, the couple faced their fair share of grief. Andrew dealt with post-traumatic stress disorder, which led to extreme anxiety and depression. During the next few years the couple worked together to recover from the incident. Soon after came their two kids, Jake and Daisy, and the couple’s realization that they were wasting their time on things that weren’t important.

“We were wasting our lives going to work everyday, putting our kids in daycare all just to have a nicer car, comfier couch, bigger TV and flashier house,” they said according to Tree Hugger. “So we have decided we want out. We want out of the prescribed life, we want to be free. Free to spend as many of the hours we have left together. Watching our kids grow up, having amazing experiences and truly living.” 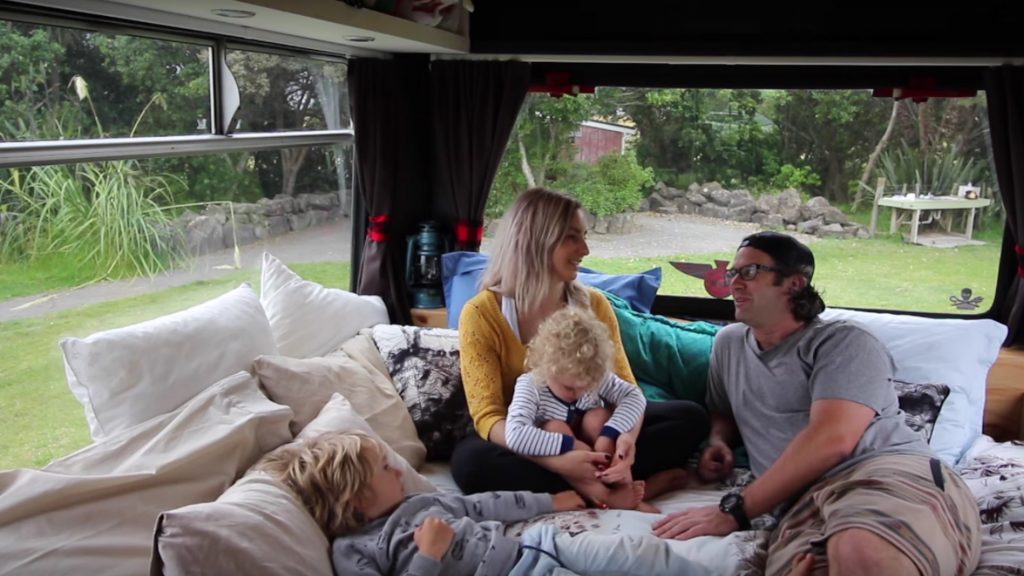 Truly living in this case meant renovating a 1987 Volvo B6FA 6-Litre Turbo Diesel bus, which once used to be both a city and a school bus. Their plan is to live and travel around the country in their new house on wheels.

The renovations took the couple one year, mostly during nights and weekends as they both held full-time jobs throughout the process. The bus is fully solar-powered, it has a 250-litre fresh water capacity, the toilet has the ability to be used with non-potable water or grey water, rainwater can be harvested from the rooftop and the bus’ engine can run on recycled vegetable oil. All together the bus cost the couple $7,000 USD for the initial purchase and about $15,000 USD for the interior renovations.

The family just moved into their home at the beginning of this year. They say they will continue to work full-time for the next few months until they can create the mobile jobs they need to be able to work on the road.

“The beauty of reducing your outgoings so much is you can reduce your income a lot,” said Andrew. 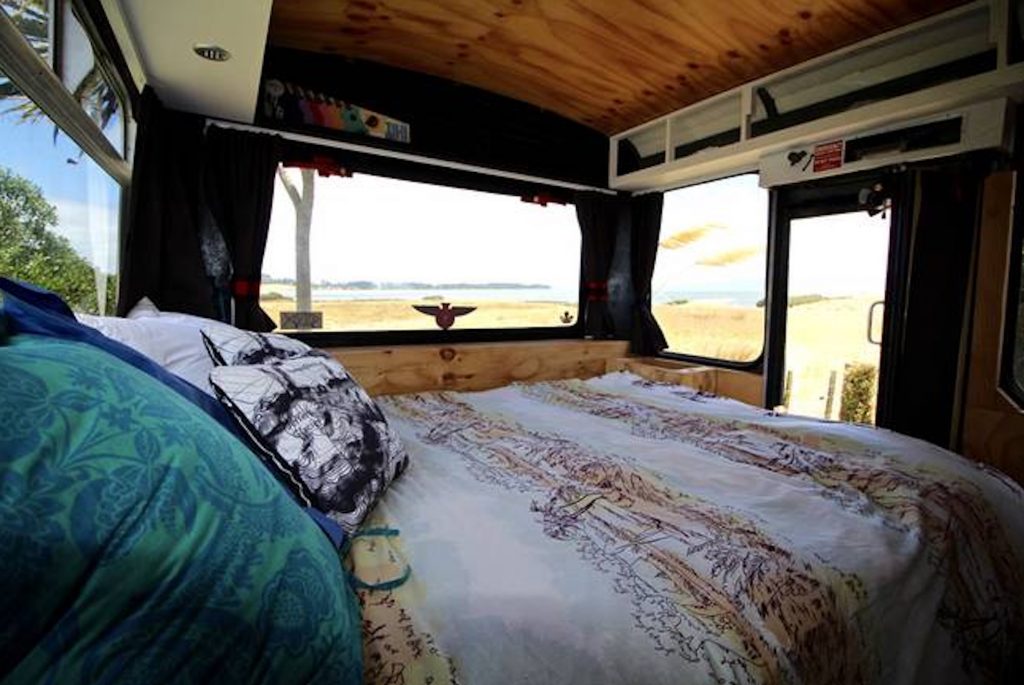 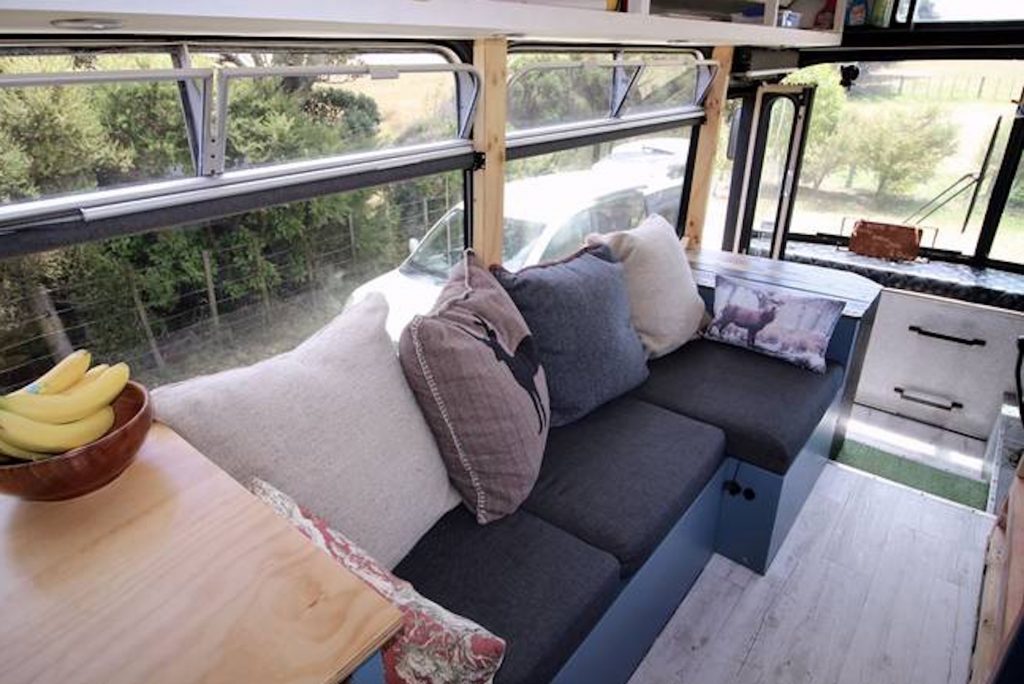 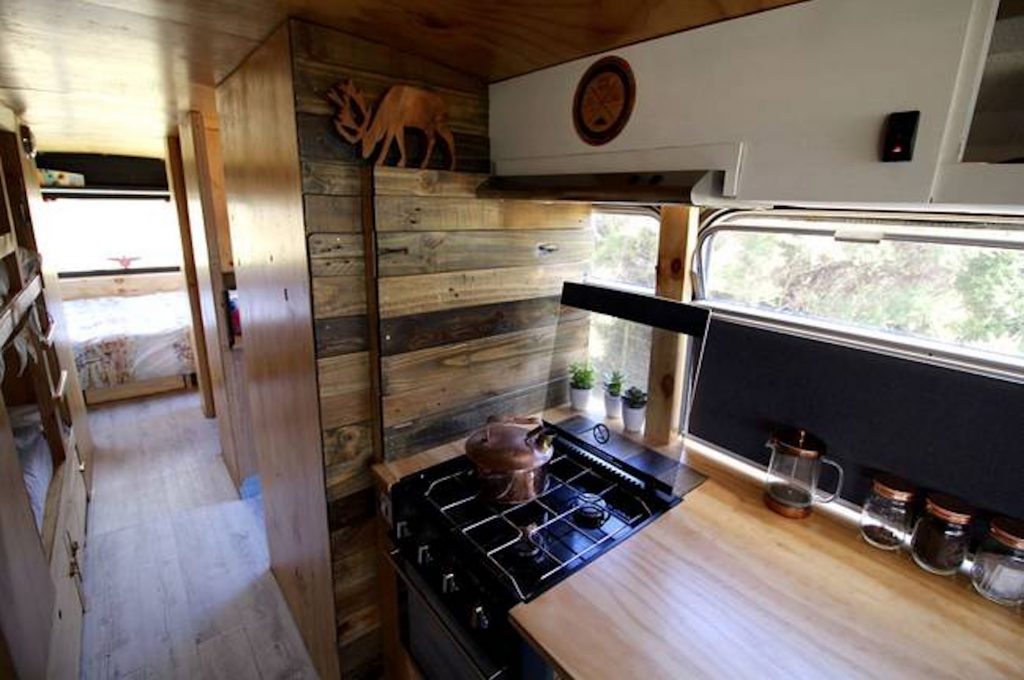 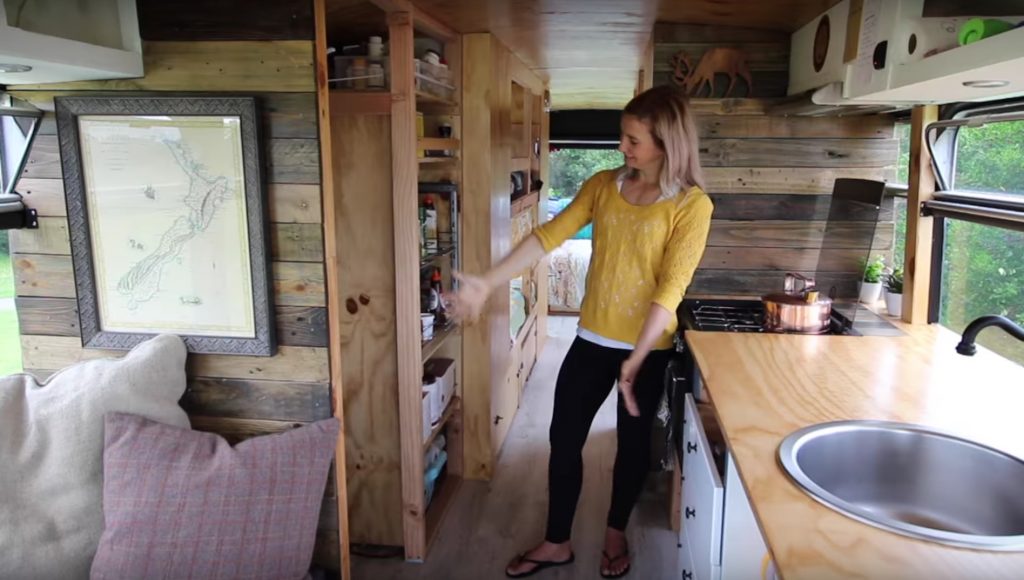 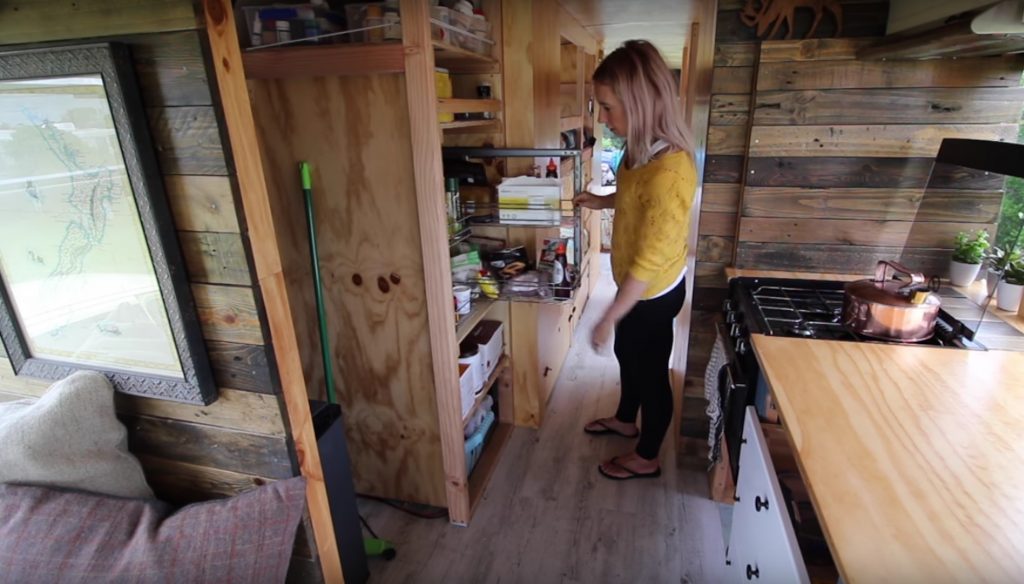 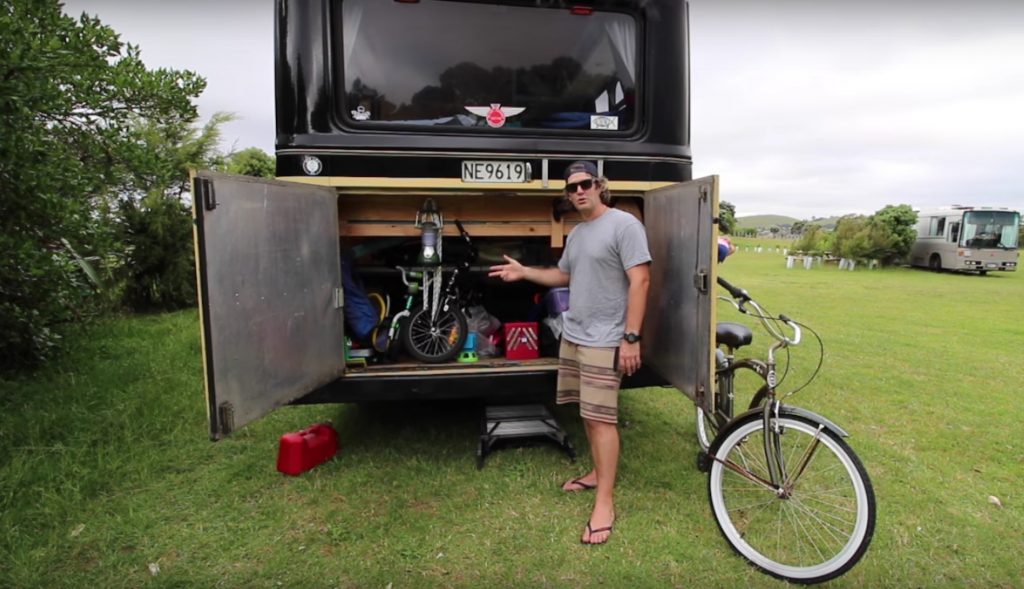