There is a sustainable material that could be used to build houses that has the compressive force of concrete, the strength-to-weight ratio of steel, could be produced quickly, and lasts a lifetime. It’s not some sort of advanced artificial substance, but a natural resource that’s been used for centuries—bamboo.

According to Treehugger, bamboo is one of the fastest growing plants on the planet and serves as an effective carbon sequestration channel. This means that it can take carbon dioxide from the atmosphere and convert the carbon into plant material, allowing it to last for the same amount of time as wood or perhaps even longer. However, because it is a wild grass, it is round, hollow and tapered, making it an unfavourable material to work with and therefore not used for conventional homes. Elora Hardy is aiming to change that.

Five years ago, Hardy left behind a successful fashion career in New York to move to Indonesia and build bamboo houses in Bali. She and her team at Ibuku have spent the last five years revolutionizing bamboo construction.

According to Boredpanda, bamboo’s biggest weaknesses are insects and moisture, as well as that it cannot be used to create large flat panels, such as roofing or flooring. To combat these issues, Hardy treats the bamboo with boron—which is produced naturally in nature and is indigestible to insects. Her team also designs the houses to work around the need for flat structures.

Ibuku also creates environmentally-friendly bamboo furnishings for the houses. So far, they have built over forty new bamboo structures. 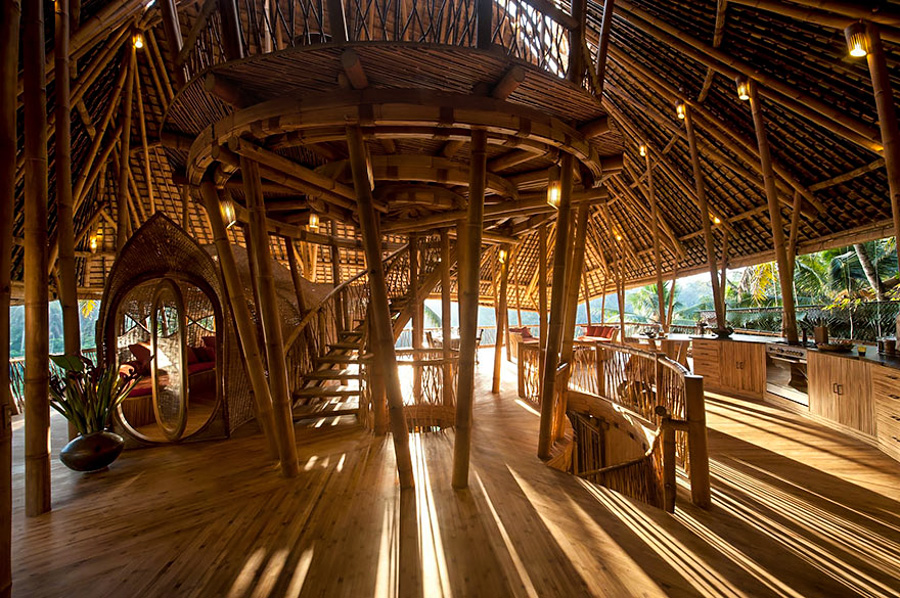