Women have always been disproportionately affected by consequences of unpaid caregiving work. Today, women make up nearly half of those working paid jobs in the United States. As a result, women who take on a caregiving role have to leave their job out of necessity, and in turn lose pay and benefits. Recently, Senator Chris Murphy proposed a new bill that would provide a social security credit for women and men who have to leave their job to care for a child, a grandparent, or a loved one in need of a caregiver.

The Social Security Caregivers Credit Act (SSCCA) was announced in a press release in March. According to Broadly, the losses incurred by caregiving in the US threaten financial security during retirement because caregivers don’t earn Social Security benefits during the years they have to leave the workforce to take care of a loved one.

Recently, Senator Chris Murphy proposed a new bill that would provide a social security credit for women and men who have to leave their job to care for a child, a grandparent, or a loved one in need of a caregiver. 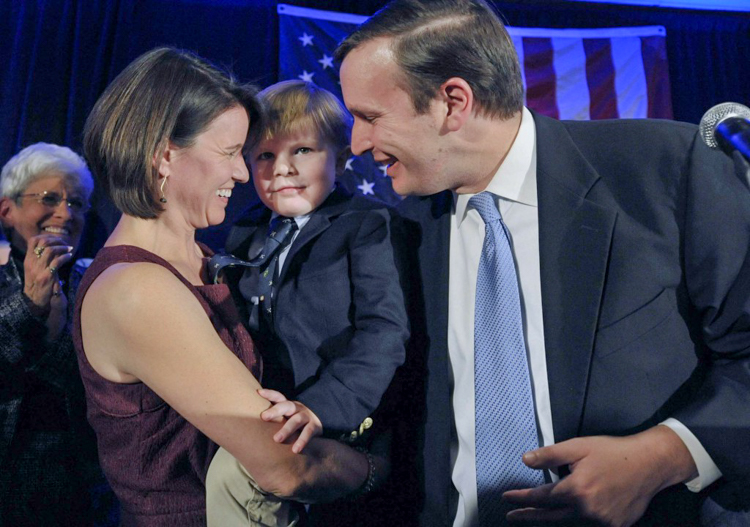 “We are long overdue for a paradigm shift in terms of how America thinks of work,” said Murphy to Think Progress. The social definition of legitimate work has long excluded caregiving. Most often, it’s not seen as work but as part of motherhood, which can be economically destructive. According to Broadly, the lack of federally mandated maternity leave paired with unpaid caregiving work only widens the wage gap between men and women.

Worldwide, women do an average of 75 per cent of the world’s unpaid caregiving work. In North America, women’s share is still 60 to 70 per cent. This includes childcare, caring for the elderly, cooking and cleaning. A September 2015 report concluded that if unpaid care work could be put into monetary terms, it would be valued at $10 trillion of output per year. That’s roughly 13 per cent of global Gross Domestic Product (GDP). In the States alone, the value is $1.5 trillion per year.

According to the Conversable Economist, time spent in unpaid care work has a strong correlation with labour force participation rates. In a number of high-income countries, where women spend nearly two times as many hours on unpaid work as men, the labour force participation rate for women is only 80 per cent of the level for men. A study on unpaid care work points out:

“The unequal distribution of caring responsibilities within the household translates into unequal opportunities, as women are left with less time to participate equally in paid activities.”

One of the arguments is that women are not forced to stay home to take care of a child and give up their job. This is true, but it’s also equally as problematic. In this case, a large portion of a working mother’s take home pay would go directly to childcare costs, which tend to run high.

There are also a number of positive effects of more women moving into the workforce. Besides raising global GDP, it would allow more women to be financially independent and, as another study found, daughters of working mothers are more likely to be employed, have higher earnings and hold supervisory roles.

The new bill, which is sponsored by presidential candidate Bernie Sanders, is a step in the right direction—towards closing the wage gap, and providing security during retirement years.