In 2013, the “meningitis belt” of Africa that spans from Senegal to Ethiopia had reported just four laboratory cases of Type A. In 1996 the deadly disease killed 25,000 people in sub-Saharan Africa within the space of a few months.

Partly in response to the mass outbreak in the ’90s, the vaccine MenAfriVac was developed in 2010 and has seen an almost complete elimination of the disease since then. The vaccine is extremely accessible to families in Africa, specifically targeting those in the belt, because it’s cheap (coming in at 50 cents a shot), doesn’t need to be stored in the cold, and offers long-term protection. A study done by the World Health Organization found that 90% of individuals who were previously vaccinated with MenAfriVac still had the protective antibodies in their system 5 years later.

The vaccine MenAfriVac was developed in 2010, is extremely accessible to families in Africa, and has seen an almost complete elimination of the disease since then.

The meningitis bacteria is transferred by person-to-person contact. That also doesn’t just mean kissing. Living with someone infected by the disease can result in an entire family falling sick. Any meningitis strain is potentially fatal and is always treated as a medical emergency. In more developed nations the treatments include penicillin, ampicillin, chloramphenicol and ceftriaxone. In areas in Africa with limited resources, ceftriaxone (an antibiotic used to treat bacterial infections) is the drug of choice. This becomes problematic when treating newborns younger than a month with high blood bilirubin (hyperbilirubinemia) or are receiving IV medicine that contains calcium. In these cases, ceftriaxone is potentially fatal.

In 2013, the “meningitis belt” of Africa that spans from Senegal to Ethiopia had reported just four laboratory cases of Type A. In 1996 the deadly disease killed 25,000 people in sub-Saharan Africa within the space of a few months.

In 2009, a year before the vaccine came out there was a staggering 1,994 reported cases of Type A Meningitis (Meningococcal A Meningitis). That number halved in 2010 with the introduction of the vaccination to 430 cases. The number further decreased in 2012 with 49 cases and then saw over 1,200 per cent decrease to 2013.

There is no doubt that the vaccine is doing its job, but scientists fear that this period could be the calm before the storm.

“Countries now need to decide how best to sustain the protection that initial mass vaccination campaigns provided,” said Dr Marie-Pierre Preziosi of the WHO, a member of the team that developed MenAfriVac. “Our experience from other vaccine-preventable diseases has shown that if we let our guard down, these diseases will severely rebound.”

There is already concern over other strains of meningitis, such as B, C, W, X and Y, which can also cause mass epidemics. As Dr. Preziosi stated, if countries are not quick to figure out a long-term solution for dealing with mass blanket meningitis outbreaks as a whole, the situation could take a turn again, like it did in 1996.

According to the Meningitis Vaccine Project, the collaboration of the WHO and the Serum Institute, more than 217 million people in 15 countries have received the vaccine. 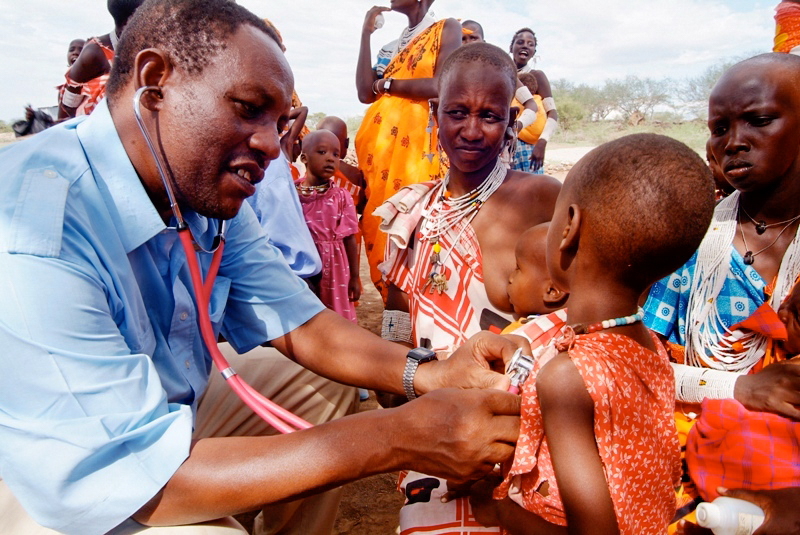 The “MeningVax” Project is adamant that, even though the project has concluded, work in Africa still continues. Apparently several countries already have plans to introduce the vaccine into routine immunization systems as early as 2016.

To ensure that the cases of Meningitis A in the “meningitis belt” remain hovering around the zero mark, WHO recommends that the region implement a very rigorous vaccination schedule.

WHO recommends that countries of the African meningitis belt complete their campaigns in individuals aged 1-29 years and introduce 1 dose of meningococcal A conjugate vaccine at 9-18 months of age, into the routine immunization programme within 1-5 years following their mass campaign. A one-time catch-up campaign should also be conducted for birth cohorts born since the initial mass vaccination and who will be outside the target age for the routine dose. In areas where routine coverage is less than 60%, periodic campaigns should be considered. Vaccination of pregnant women with MenAfriVac is safe, as assessed in a well-conducted observational study, and they should be vaccinated if in the age range targeted by the mass vaccination campaigns.

Hopefully, with help from the WHO, Africa’s governments can create a health care system that is prepared for times of emergency, one that can sustain a vaccination program in order to make sure that citizens are not suffering from preventable diseases.