6 of the weirdest fetishes you may have, but probably haven’t heard of

A paraphilia is a condition in which someone experiences sexual arousal from atypical or extreme sources. Examples of popular paraphilias include exhibitionism, voyeurism and cross-dressing. We’ve all heard of the classic story of the woman who married the Eiffel Tower – but that’s just a rookie taste of how deep the Internet fetish rabbit hole actually goes.

Behold the sexual subcultures from the darkest corners of the Internet.

Vore is, in essence, cannibalism. The person fantasizes about being eaten alive or eating someone alive, but in a way that doesn’t rely on chewing through a tough penis like actual cannibal Armin Meiwes did. Instead, vore usually focuses on the more painless devouring by swallowing without chewing. Because this fetish isn’t really possible without dying in the process, it’s typically restricted to picture and text depictions. Fanfic and fan art can be found online, such as on furry image board e621, where the unsuspecting Internet user can find illustrations of childhood My Little Pony Pinkie Pie digesting two other ponies whole.

Like its prefix, macrophilia is the fetish for the large and tall. However, this isn’t the typical ‘size queen’ lust for a big, satisfying penis. Instead, this person is attracted to the idea of giant people. To be considered a macrophile, a person must be sexually interested in situations involving “greatly differing size.” So don’t worry if you want that 5’ girl or have a thing for the 6’5” bodybuilder – this fetish is at size’s extreme, with proportions between Lego figurines and Godzilla. Microphilia is the reverse, where the person is sexually attracted to the idea of tiny people. Watch out, Land of Oz! 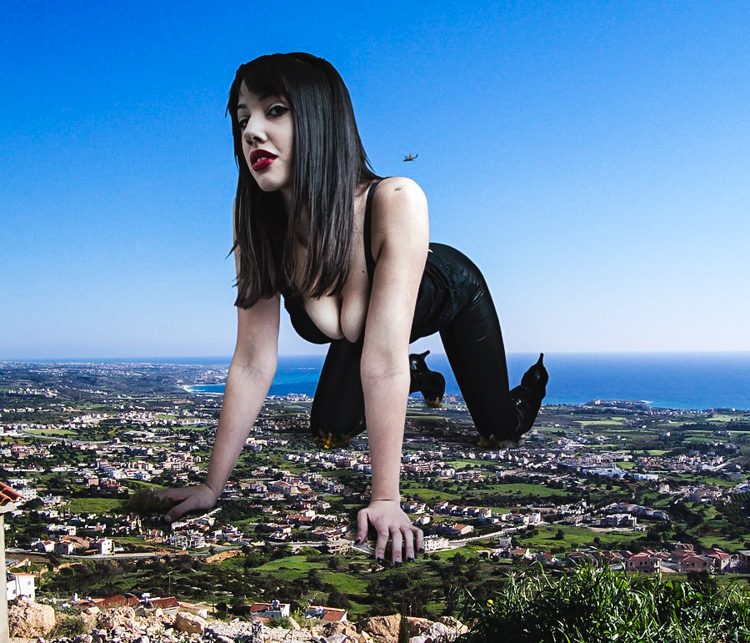 Feederism is the fetish for feeding and gaining (weight). It’s a subset of the more popular fat fetish, but feederism differs in that one party is actively eating and the other is visibly gaining. The fetish is in the act itself moreso than the imagery like a typical fat fetish. Sometimes, the gainer, or feedee, starts out as thin as both people eagerly watch the numbers rise on the scales with each passing donut. The goal is to achieve a bloated, round belly, which is both sexually arousing and comforting in its softness. The feeder enjoys doing the cooking, providing moral support and (consensually) force-feeding the gainer to exceed their body’s caloric needs.

Male pregnancy is what this fetish’s more popular name stands for. Although male pregnancy is genuinely possible with transgender men keeping their reproductive sex organs, it is more of a written and illustrated fantasy for mpreg lovers. Mpreg fanfiction and fanart depict men impregnating other men, with one surprised at the gift of life soon nestling inside them and their partner providing loving support. Some subjects of mpreg fantasies have been Harry Styles and Benedict Cumberbatch, but the possibilities are endless with the millions of guys, both fictional and real, worldwide. Who knows – maybe your latest profile picture is being used to satisfy some complete stranger’s fetish.

5. Dragons Having Sex with Cars

A self-explanatory name with no simpler name, this fetish involves the great legendary creatures sticking their fiery genitals into exhaust pipes and rubbing their prehistoric bodies onto hoods and bumpers. Of course, this fetish can’t be genuinely replicated in real life aside from a costume and access to your mom’s car. Subreddit /r/dragonsfuckingcars boasts a 14,000-strong subscriber base, but it’s unsure if most are truly dragon/car-lovers or just kids having fun on the Internet. However, furry artist John Martello’s 2004 art shows that this has been a serious fixation for some.

The crush fetish is the sexual attraction to women’s feet, heels and shoes stepping on objects, insects and, controversially, invertebrates. There have been multiple cases of people going too far with this fetish and transgressing to harming animals, giving the crush fetish a bad reputation and negative connotations. The people who thankfully aren’t into animal cruelty stick to innocent items like fruit and vegetables, with some videos being filmed under a glass pane so the viewers can imagine it’s themselves who are being crushed under the 5-inch stiletto – ouch.