I find it difficult to imagine a world where my core beliefs are subject to persecution. A world where I have to walk on egg shells every single day. Where I can’t freely say what I think and practice what I believe for the very real fear that my life or family could be taken away from me— and only because my ideas go against the grain of those who abuse their power. In my world, the odd hateful comment or religious argument may rear its ugly head from time to time, but for the most part freedom of religion is just another thing that is so normalized, I don’t even have to think about it— I never have to worry about it. But not everyone is so lucky.

Falun Gong is a spiritual practice that combines slow-moving exercise and meditation, along with a philosophy that centres on the pillars of truthfulness, compassion and tolerance. 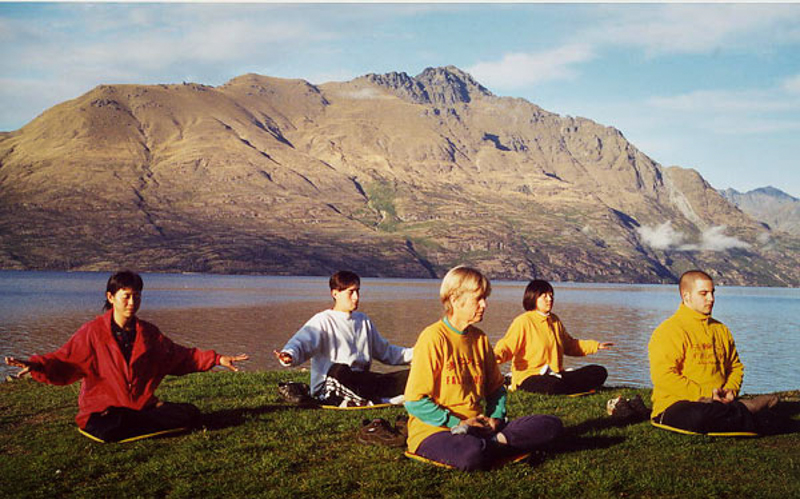 The practice grew rapidly in China throughout the 1990s, but in July of 1999, the Communist Party launched a strict campaign to eradicate Falun Gong completely. In what has become the largest religious persecution in the world, large-scale propaganda and careful surveillance has led to reports of torture, forced labor, imprisonment, organ harvesting, abusive psychiatric measures and death – with an underreported death toll of over 3,000.

A depiction of torture used on Falun Gong practitioners by the Chinese government.

According to Ride to Freedom, one particular case saw Wang Lixuan and her 8-month-old son detained in 2000, after travelling to Beijing to petition on behalf of Falun Gong. The mother and baby both died at the Tuanhe Forced Labor Dispatch Division less than a month later. The coroner examination determined that Lixuan’s neck and fingers had been broken, her skull was fractured and she had a needle stuck in her lower back. Her son had deep bruises on his ankles and head, and blood in his nose. The verdict was that the child had been hung upside down by his ankles until he died.

Another case saw Yuwei Zhang, a target of the police flee China, which forced her to abandon her one-year-old daughter. Zhang had been arrested four times while living in China; police often parked right outside of her house. Once she was imprisoned for having two Falun Gong practitioners in her home for dinner – three people gathered together is considered an illegal party. After her fourth arrest, which happened at her workplace, she was taken to a brainwashing centre and held there for 45 days.

This cruel and unfair treatment is what has caused a group of 25 teens from 14 different countries to band together to take part in a 3,000-mile bike ride across the U.S. They came together from all walks of life, united in the pursuit of freedom of belief. Through rallies, protests and meetings with national leaders they will spread awareness across the country – and hopefully across the world – to try and rescue five orphans, who are in danger because of their belief in Falun Gong.

The bike ride, which began on June 1, 2015, started in Los Angeles, will go through 19 cities, and end in Washington, D.C. on July 16. The cyclists, who all practice Falun Gong and range in age from 11-25 years old, will be cycling through extreme conditions from the highs of the Rocky Mountains to the lows of Death Valley in the Mojave Desert. They will be pushed out of their comfort zone, as some have never ridden a bike before, some don’t speak English and for many it is their first time in America. Once the bike tour ends, the teens will travel to New York City to address the UN General Assembly.

The first step to solving any problem is awareness – we cannot help if we are not aware of the problem in the first place. While it may be difficult for a lot of us to imagine our most basic freedoms subject to the whim of another, it is all too real for the people in China. Ride to Freedom is an attempt to change that. It’s the idea that with the help of others – the ones like myself, who often take for granted their freedom – the situation in China will be globally recognized and a fight for justice will take place.