By the year 2050 half of the world’s population—an estimated five billion—will be nearsighted. Of those people, one billion falls into a high-risk category, putting them at severe risk for permanent blindness. There are however, preventative measures that can be taken. Starting with stepping away from the screen, and spending a little more time outside.

According to Medical Daily, there are currently an estimated two billion people who have been diagnosed with nearsightedness, or myopia. The U.S. alone has seen an increase in myopia in the last 30 years, with numbers nearly doubling. The overall number is expected to grow to five billion by the year 2050, and we have our beloved technology to thank.

A 2013 report by the Vision Council reports that we spend an average of nine hours a day in front of a screen. The longer we stare at a screen, the greater our chances are of becoming nearsighted. The study suggests that 70 per cent of American adults experience some form of digital eyestrain due to prolonged use of their electronic devices. The same study also found that 63 per cent of adults don’t realize that their electronics emit high-energy visible or blue light, which is severely damaging to our eyes.

But the problem isn’t only with our screens. Spending too much time indoors can also cause problems. According to Treehugger, part of the issue is the exposure to light—or lack thereof. Natural light is very beneficial for the eyes, especially in children as their eyes are still developing. Natural light stimulates the release of dopamine in the retina, and this neurotransmitter in turn blocks the elongation of the eye—the cause of myopia—during development. 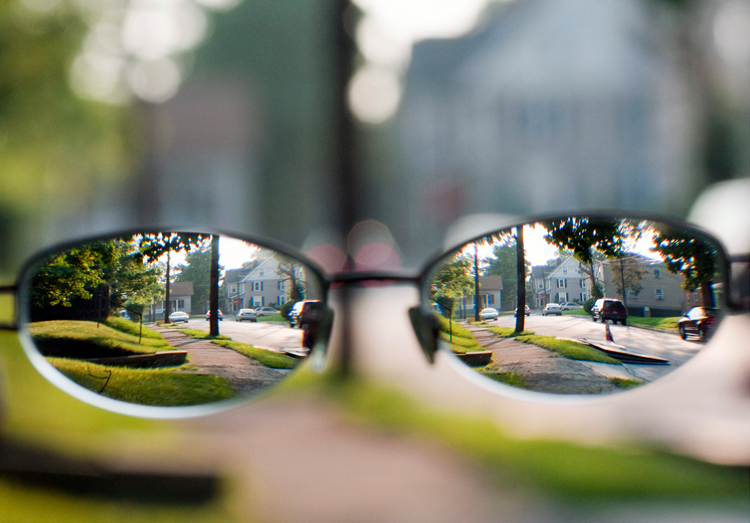 Ian Morgan, a myopia researcher at the Australian National University in Canberra, recommends that children spend three hours per day under light levels of at least 10,000 lux for protection against the condition, according to Treehugger. Ten thousand lux is equivalent to the amount of light one would get from sitting beneath a shady tree on a bright summer day, while wearing sunglasses. To put that into perspective, a well-lit classroom or office is generally under 500 lux.

After examining the global trends surrounding myopia, researchers at the Brien Holden Vision Institute are encouraging us to act now. According to Medical Daily, Kevin Naidoo, acting CEO of the institute, said that it’s essential for governments, health care providers and schools to work together to raise awareness and protect vision for both children and adults.

Myopia is not curable or reversible, but there are preventable measures we can take. Behavioural approaches such as spending time outdoors for at least two hours a day and taking breaks from our screens could make all the difference. Not only that, but being outside makes us healthier and happier too.